10 Native Scottish Animals And Where To Find Them

The badger, with its distinctive and fashionable monochrome striped face, can be found in most parts of Scotland, with the exception being the Isles. Residing in meticulously crafted burrowed systems or setts, these animals tend to live in groups. The baby badgers or cubs enter the world during January and February, staying underground until the spring. A strong penchant for earthworms, badgers consume them by the dozen, along with fruits, small mammals (including hedgehogs) and other food items around. A relation of stoats, otters and weasels and members of the mustelid family, badgers can be found near wooded areas. 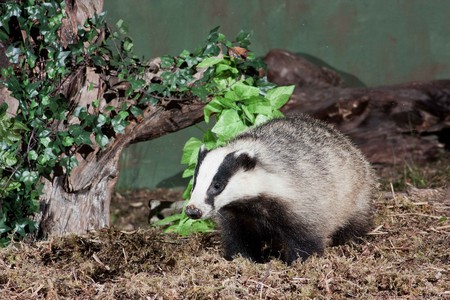 Finding a red squirrel can at times be like finding a needle in a haystack, unless you know where to go. The Scottish Highlands are home to a number of these red-coated beauties, as are Dumfries and Galloway. Overflowing with energy (they don’t hibernate) and remarkably adorable, red squirrels are smaller than the grey, hence why they can at times become outnumbered. Whether searching for Nessie in the woods and glens near Loch Ness, exploring The Caledonian Pinewoods of Strathspey and Deeside, or embarking on the Landmark Nature Trail in Carrbridge, it’s safe to say these red wonders won’t be far. Just look for the chewed up pinecones and listen for rustling leaves! 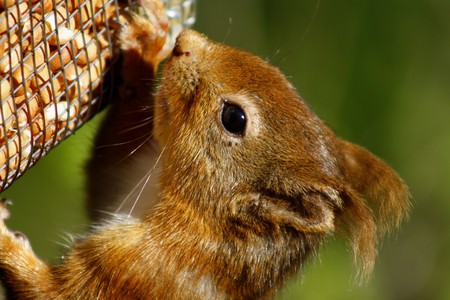 After looking extinction straight in the eye during the 19th century, the pine marten frequent Scotland once more. A master tree climber, the pine marten is undeniably cute with its chocolate and yellowish fur and discerning eyes. A kind of cross between a teddy bear, Burmese cat, fox and a mouse, these speedy creatures possess a strong liking for wooded places. Those eager to seek out these fascinating animals should gravitate towards the pinewoods of the central Highlands, whereas those adamant to lock eyes with them should seriously consider a wildlife tour. 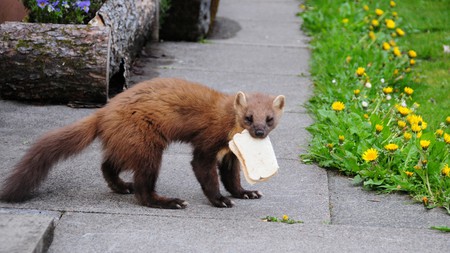 There’s something so noble about the mountain hare, Scotland’s native hare, with its wise eyes and assertive gargantuan ears. These swift creatures, with their large snowshoe type feet, can be found frolicking in heather. Their coats, which range from white with blue hues during winter to pale slate grey and dusty brown during summer can adapt to the season. From the moorland in Shetland and the flatland surrounding Flanders Moss to the Cairngorms, mountain hares can be found throughout the Scottish uplands. 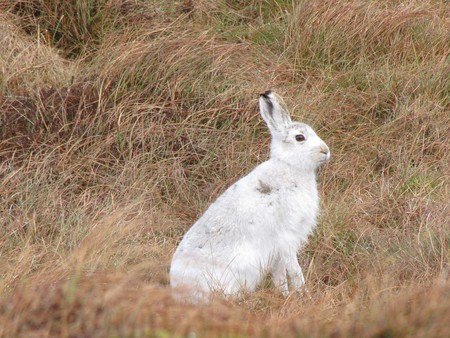 The Orkney vole, with its wee ears, rounded face, and tiny tail can be found dwelling on the Orkney Islands, off the north coast of Scotland. Double the size of a field vole, this animal doesn’t view daylight as a deterrent, making it fast food for the occasional hen harrier or short-eared owl. The Orkney vole bears the winter weather by residing underground in tunnels and is therefore easier to spot in the summer. 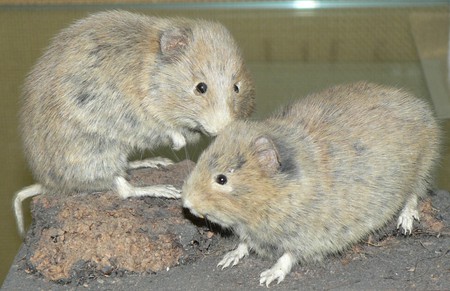 Elusive and solitary, the Scottish wildcat does not require a human to make its day. In fact, these felines will go out of their way to have zero contact with people and for this reason, are perhaps the trickiest animals to spot in Scotland. Mostly grey in colour with a brilliantly bushy tail complete with seven black bands, the Scottish wildcat is significantly larger than a domesticated cat. Interestingly, they are known to breed with domestic cats, although wildcats have much larger skulls. As far as setting eyes on these cats, good luck! 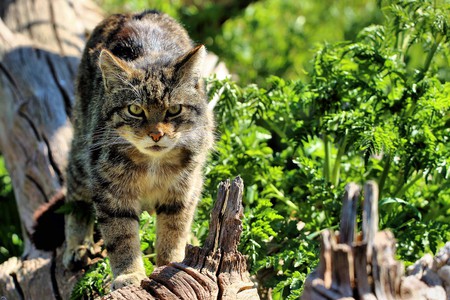 Majestic and mighty, when it comes to Scotland, the red deer is the Monarch of the Glen. These pony-sized animals are the largest of the UK’s land mammals. The stags, with their multi-branched antlers, are at their most captivating when at full roar during rut or mating season. Generally speaking, winter is the best time when searching for deer — they inundate the country, so you just have to be on the lookout. 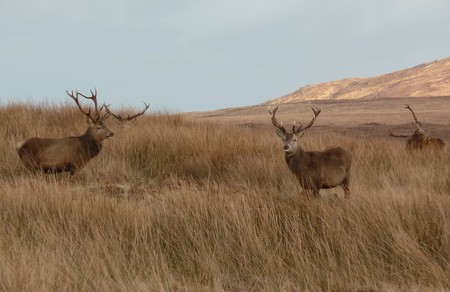 Love seals? Great. Scotland is inundated with them, specifically the grey seal. Many even go as far to insist that Scotland is the best place out there for them. Whether on a train or exploring the coast on foot, setting sight on these grey wonders as they sparkle like silver near the sands is always a day maker. October and November are ideal for spotting the spectacle that is a seal colony, as breeding season draws them ashore. 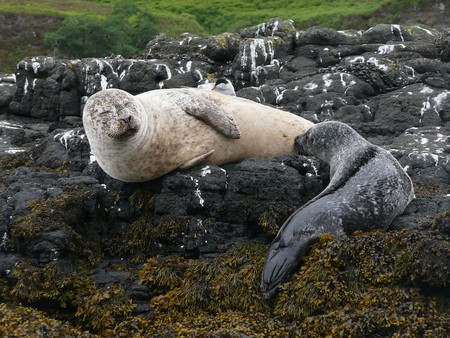 Smooth and iconic, the minke whale is no stranger to the tumultuous Scottish waters. These marvelous sea dwellers can reach a length of up to 10 metres and can emerge then disappear from the surface in a matter of seconds. The sea-faring type can spot minke whales during the summer months in the waters between Mull and Ardnamurchan to Tiree and Coll, and beyond. With multiple boat tours on tap, whale watchers will be in their element. 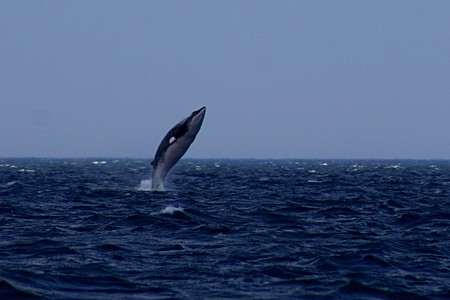 Although bottlenose dolphins are dispersed across the world, Scotland happens to host a resident group around the Moray Firth and the Firth of Forth, as well as in the Hebrides. Intelligent and intuitive, these dolphins are graced with great amounts of blubber for warmth in the cold water. Reports of dolphins frequenting the Scottish seas date back to the 1900s. 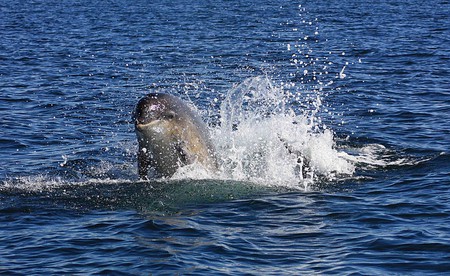