10 Historical Landmarks to See in Glasgow

Glasgow City Chambers | © Sebastian Ruff/Flickr
Instead of sifting through lengthy, boredom-inducing history books, get out, live a little and see the sights. Being the largest city in Scotland, Glasgow is interwoven with history. All you have to do is take note of the buildings, and images from a bygone past will enter into the forefront of the mind. From bemusing statues to architectural masterpieces, make Glasgow your fountain of knowledge and explore the city’s most historic landmarks.

Museum
Add to Plan
Provand's Lordship | © Char/Flickr
When that hankering for a good old history lesson hits, The Provand’s Lordship of Glasgow is a braw place to start. After all, this medieval house museum has been around since 1471, making it the oldest house in the city and one of Glasgow’s four medieval buildings to actually withstand the test of time. The Scottish 17th-century furniture, selection of historic royal portraits, and beautiful brickwork, make it well worth visiting. Strolling through the perfectly manicured surrounds of St Nicholas Garden is therapy at its finest. Oh, and don’t mind the Tontine Heads (stone masks donning questionable expressions) – they don’t bite.
More Info
Open In Google Maps
3 Castle Street, Glasgow, Scotland, G4 0RH, United Kingdom
+441412761625
Visit website

Cemetery
Add to Plan
The Necropolis | © Robert Brown/Flickr
It may give some the creeps, and yet touring a graveyard offers indispensable information about a place. Historic and serene, the Glasgow Necropolis is a Victorian cemetery worth exploring. Beneath the exquisite headstones and interesting inscriptions, there are around 50 thousand folk buried here. In turn, the myriad monuments and statues, including the John Knox Statue, offer valuable insight into a Glasgow from a bygone era. In the words of Billy Connolly: ‘Glasgow’s a bit like Nashville, Tennessee: it doesn’t care much for the living, but it really looks after the dead’.
More Info
Open In Google Maps
Castle Street, Glasgow, Scotland, G4 0UZ, United Kingdom
+441412875064
Visit website

People make history. With this in mind, The People’s Palace and Winter Gardens is a voice for the city of Glasgow and a vehicle with which stories as far back as 1750 can be told. Delve deep into the maze of artefacts, prints, photographs, paintings, films and interactive displays and catch a glimpse of Glaswegian life through wondrous and colourful social narratives. There is no better way to pontificate the enlightening information than a wander amidst Winter Gardens, the Doulton Fountain, or Glasgow Green, the eldest public space in the city. 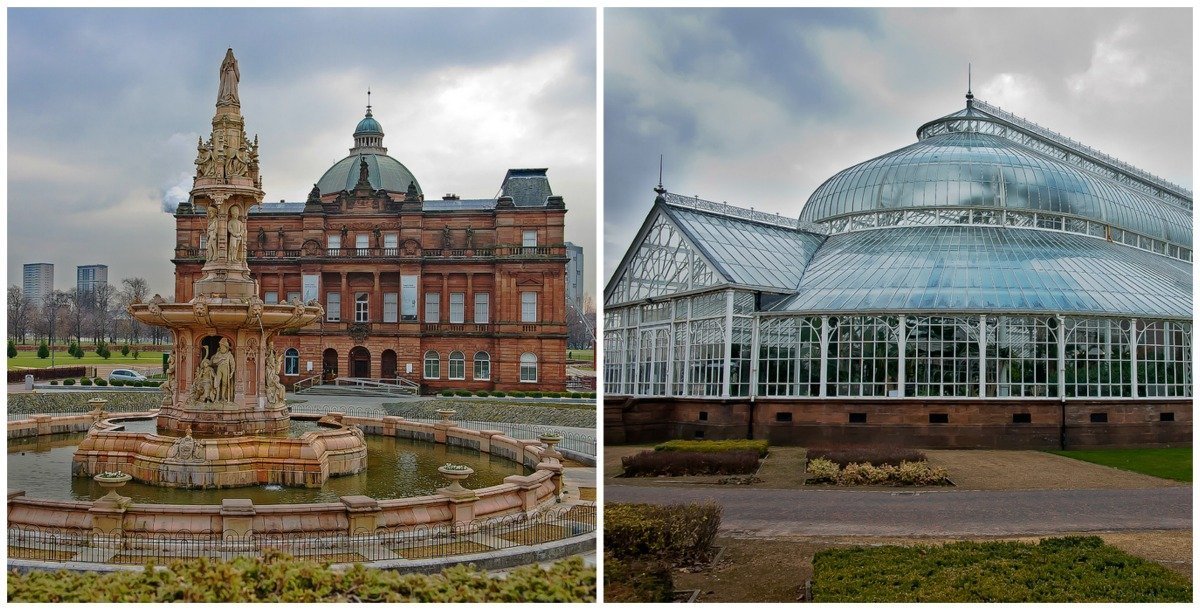 Museum
Add to Plan
Glenlee and Riverside Museum | © Robert Orr/Flickr
Sail back in time with an overload of fascinating facts and dive deep into years of maritime history at The Tall Ship at the Riverside Museum. Over time, countless ships have been built in Glasgow’s bustling shipyards. The star of the show, the barque Glenlee, stands out as the only one of her calibre in the UK. She is one of five Clyde-built ships still bobbing on water, with others gracing the shores and harbours of San Francisco and Finland.
More Info
Open In Google Maps
150 Stobcross Road, Govan Glasgow, G3 8RS, United Kingdom
+441413573699
Visit website

Those with a discerning eye can spot a Rennie Mackintosh a mile off. A must-visit for any architect, arty mind or creative, the Mackintosh House is a glorious conglomeration of the greatest interiors from the home of prolific Glaswegian visionary Charles Rennie Mackintosh and his wife Margaret Macdonald Mackintosh. Mackintosh, a master purveyor of design, architecture and art, went to extensive lengths to transform his home into a livable masterpiece. Forever a serious source of inspiration, an immense amount of attention to detail went into recreating the rooms to mirror the original. 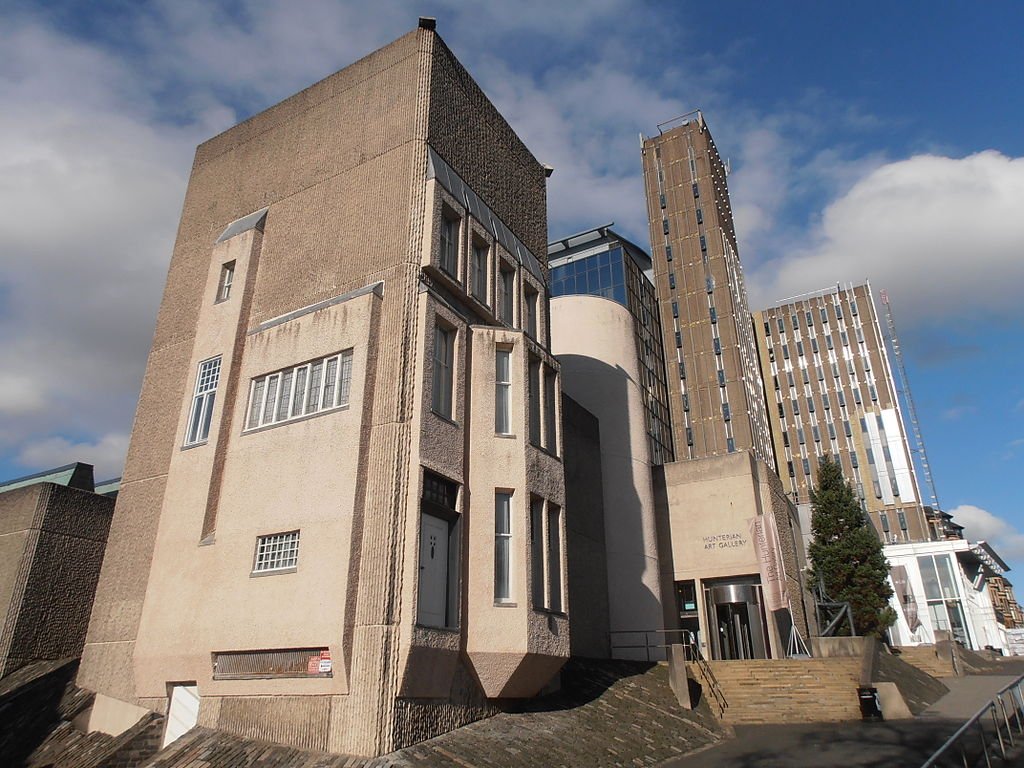 Cathedral, Church
Add to Plan
Glasgow Cathedral | Courtesy of Glasgow Life
The kind of place that could make a believer out of anyone, Glasgow Cathedral is a sanctuary of serenity. An active Church of Scotland, this cathedral goes back to before the Scottish Reformation, when it was the Roman Catholic mother church of the Archdiocese of Glasgow. It is thought to reside where Saint Mungo, the patron saint of Glasgow, built his own church and, in turn, resting within the lower crypt is the tomb of this heavenly saint. Avid readers will be familiar with Glasgow Cathedral due to Sir Walter Scott’s mention in his novel Rob Roy. The resplendent example of Scottish Gothic architecture alone makes this holy place a worthy pilgrimage.
More Info
Open In Google Maps
Castle Street, Glasgow, Scotland, G4 0QZ, United Kingdom
+441415526891
Visit website

The Duke of Wellington Statue

An integral part of Glasgow, the equestrian Duke of Wellington Statue is an absolute classic. This is undeniably so because he sits unassumingly with a traffic cone on his head most of the time. Situated by the Gallery of Modern Art, the sculpture is the work of Italian artist Carlo Marochetti and has been around since 1844. In 2013, the council planned to double the height of the statue, in the hopes that it would deter the public from dressing Wellington up in this conical hat. However, a successful online petition, a rally and a fruitful Facebook campaign called ‘Keep The Cone’ (garnering over 72,000 likes in 24 hours) resulted in a victory for Glasgow. Interestingly, 2011 saw the Lonely Planet guide mention this masterpiece in its ‘Top 10 Most Bizarre Monuments on Earth’. Each to their own. 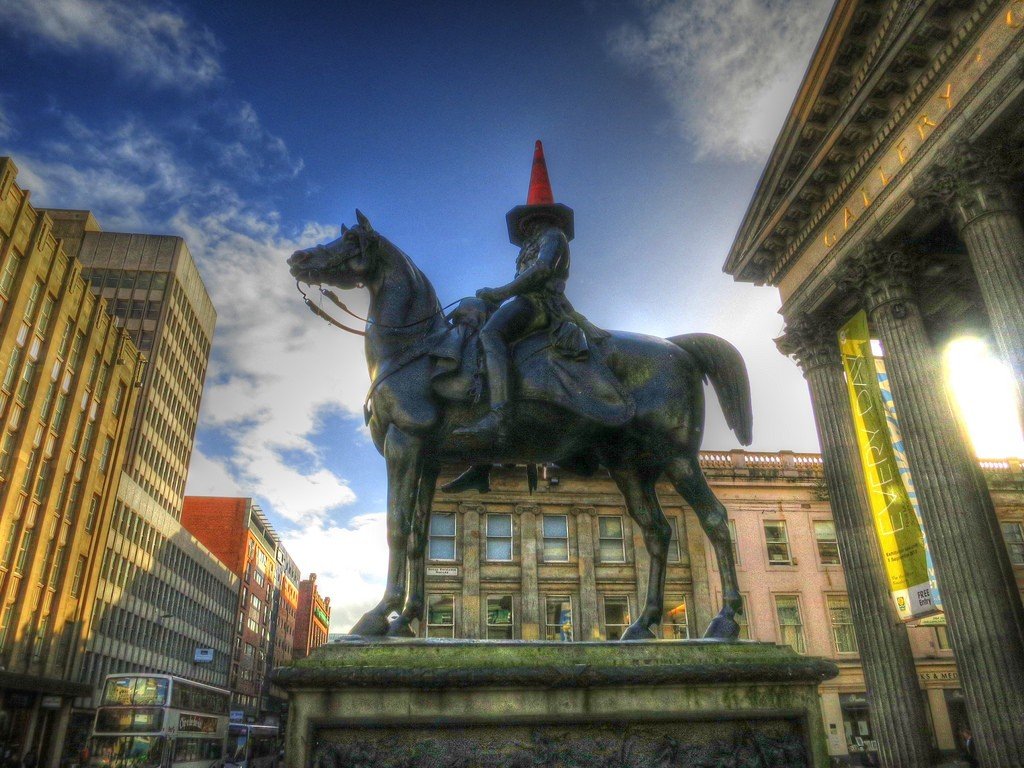 One man’s eyesore is another man’s masterpiece. Mighty and sturdy, Finnieston Crane may not be your typical monument, yet it never fails to make a statement. Dating back to the 1930s, this mammoth crane has retired from its days of loading cargo onto ships and acts as a watchful eye over Glasgow. Once more, if the positioning goes to plan, it makes for an interesting selfie (#craneheid). 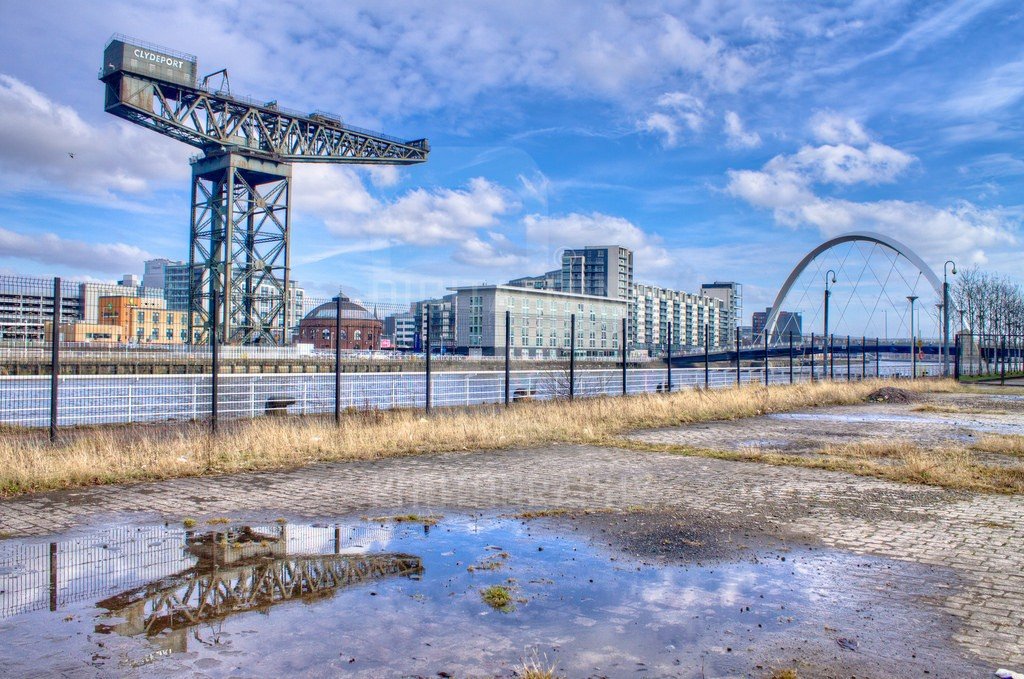 Revered and grand, Glasgow City Chambers, with its Victorian civic architecture, was built between 1882 and 1888 by Scottish architect William Young. Exploring the Carrara marble staircase – the craftsmanship behind the mosaic ceiling, the gold leaf accents, and otherworldly banquet hall – and taking a moment to appreciate every minute yet exquisite detail will never get old. Tours occur daily, making it a hard-to-miss opportunity. Still Game fans will be well aware that the Chambers made a guest appearance in the episode ‘Job’. 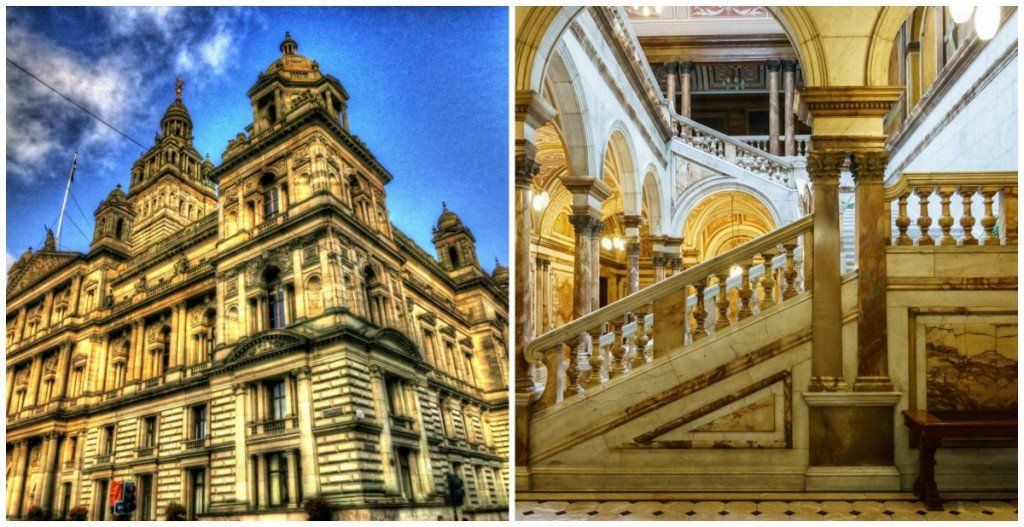 Stadium
Add to Plan
Celtic Park | © WikiCommons
Rangers fans steer clear, for Celtic Park is an integral part of the city’s history, and any Scot will understand the age-old rivalry between Glasgow football teams Rangers and Celtic. Scotland’s largest football stadium and home to the Celtic team, this stadium is referred to by fans as Paradise or Parkhead. Upon visiting, distant cheers of loyal fans from years ago resonate across every row. After all, the first Celtic Park opened in 1888. Bound to draw a tear from any football fan.
More Info
Open In Google Maps
Glasgow, Scotland, G40 3RE, United Kingdom
+448712261888
Visit website