10 Films and TV Shows to Watch Before Visiting Glasgow 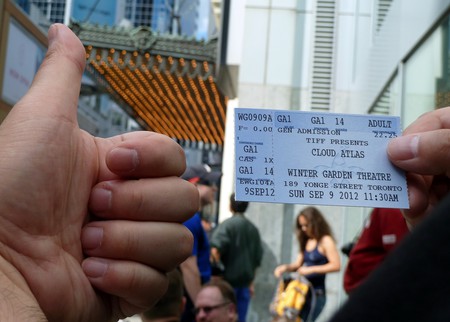 If you are thinking of visiting Glasgow then you must check out these 10 films and TV shows before you go to get yourself in the mood. Glasgow is city rich in culture, history and sights to satisfy every tourist’s wish. From films that were set in the city such as Cloud Atlas to Stuart Murdoch’s musical God Help The Girl, which is filmed against backdrops including Glasgow’s Kelvingrove Park and the Barrowlands, here’s a list of the best.

Cloud Atlas is a German-American epic science fiction film that directed by Tom Tykwer and the Wachowskis. The film stars iconic Hollywood icons Halle Berry and Tom Hanks who filmed many of the action scenes in Montrose Street and Douglas Street in Glasgow. You may just spot the streets of Glasgow in the film disguised as a nostalgic 1970s San Francisco. The film won several awards and is a must-watch for sci-fi fans.

Not Another Happy Ending is set in Glasgow and follows an author who is experiencing a period of writer’s block in the city while her publisher tries to ‘unblock’ her, as his career depends on her success. The film is a romantic comedy starring Karen Gillan (Doctor Who, Oculus) and Stanley Weber (Borgia, Thérèse Desqueyroux), and directed by John McKay. The film is full of laughs and a great watch before you visit the city.

Filmed in Glasgow with scenes in Kelvingrove Park, Barrowlands and the canals of the city, God Help The Girl is about a well-known indie band called Belle and Sebastian who follows a girl called Eve who has a gift for songwriting that enables her to get through life’s challenges. You may recognise quite a few notable places and landmarks in Glasgow in the movie.

Doomsday is an epic Hollywood movie written and directed by Neil Marshall, that is set in the heart of a dystopian Glasgow where a killer virus has spread in the city. The government builds a wall to protect the citizens of Great Britain and isolate Scotland, but they leave survivors in Scotland isolated. The movie is a must-watch for those who like suspense and action and it will certainly keep you on the edge of your seat.

Under The Skin stars Hollywood iconic actress Scarlett Johansson who plays an alien who drives around the streets of Glasgow in a white van trying to seduce men in order to take them as her victims. The film is based on the novel with the same name by Michel Faber. The film features Sauchiehall Street in Glasgow where you will see Scarlett zooming down – you may want to walk down the street that she once crossed, if you dare!

Ratcatcher is set in 1970s Glasgow and follows a boy called James Gillespie after the death of his best friend. The film focuses on the bin-men strike in Glasgow and assesses the poverty-stricken streets of the city, which were once in need of help. This film showcases the history of the working class in Glasgow and the immense struggles that families had to face.

Still Game is a cult TV comedy series aired on BBC Scotland, which was based on a stage play about Glaswegian culture and heritage. The sitcom features many Scottish personalities that many Glaswegians can relate to and enjoy watching. The show is full of comedy and is ideal if you want to have a laugh before you visit the city!

Limmy’s Show! is a sketch show that portrays the multifaceted characters and personalities of Glasgow. The comedy show is based on sketches that represent everyday life in the city and it is filmed on Glasgow’s streets. Limmy’s Show! is said to be one of the best observational comedy based on Glasgow that will have you in stitches!

Empty is a TV series where a property manager hires two guys to discover hidden secrets about Glasgow residents. The hit comedy series stars Scottish actors, Billy Boyd and Gregor Fisher, and is well worth a watch.

Burnistoun is a comedy series based in small fictional Glaswegian town and stars Robert Florence and Iain Connell who created the sketches. If you want to have a laugh at some eccentric Scottish characters, it’s worth watching before you visit Glasgow!