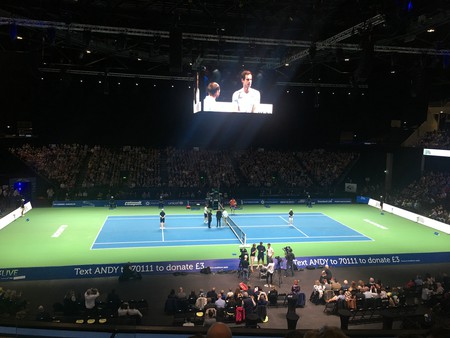 There are many spectacular sporting venues in Scotland but Glasgow has attracted some major sporting events to its array of venues. The 2018 European Athletic Championships is also expected to be held this summer in the vibrant city of Glasgow. If you are looking for the best sports venues for you to attend to see your favourite matches or show support for your footie team, then look no further. Here our are 10 best sports venue picks in Glasgow.

The SSE Hydro has been home to many major sporting events in the capital. After opening in 2013, the Hydro, situated in the heart of the city near to the River Clyde became an iconic structure in Glasgow’s skyline. This innovative sporting venue has a total capacity of 12,000 and hosts around 140 events every year and is one of the busiest indoor arenas in the world, alongside such iconic venues as Madison Square Garden in New York and London’s O2 arena. 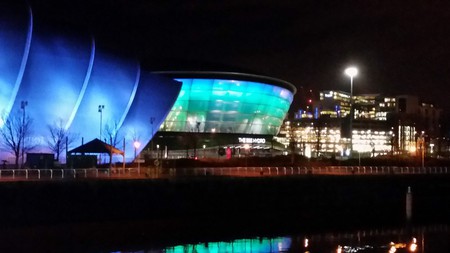 This venue was named after the six-time Olympic champion and is located in the east end of Glasgow, directly across from Celtic Park. The Velodrome has a 250-metre indoor track with a capacity of 2,500, which expanded to 4,500 with the introduction of seating during the 2014 Commonwealth Games.

Celtic Park is Scotland’s largest stadium with the capacity of hosting 60,411 people. Celtic Park is home to the Scottish Premiership champions and hosted the opening ceremony of the 2014 Commonwealth Games. You can visit the iconic stadium on London Road, about two miles east of Glasgow’s city centre.

The Ibrox stadium is home to one of Scotland’s most successful clubs, The Rangers. Ibrox has a capacity of holding 50,987. Located in the south of the River Clyde, around three miles outside of Glasgow’s city centre, this is a perfect venue to watch a football match and support your favourite team. 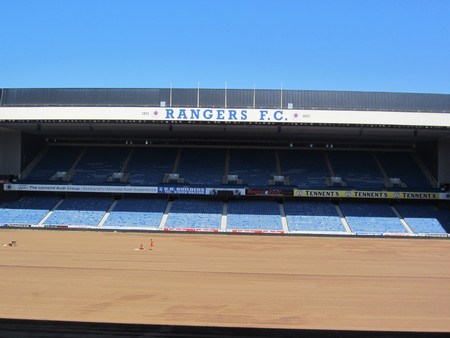 Hampden is Scotland’s National Stadium and home to the country’s oldest team, Queen’s Park. The stadium has a capacity y of 52,063 and contains a running track around the pitch. You can visit Hampden in the area of Mount Florida, in the heart of Glasgow’s south side.

If you are a rugby fan, then you may want to visit Firhill as it used to be a rugby haven. However, it is now solely the home of Scottish Premiership side, Partick Thistle. This stadium is located in the area of Maryhill, north of Glasgow and just over a mile from the city centre, so you may want to check out the stadium and then go to the shopping capital of Glasgow.

Scotstoun is home to the Glasgow Warriors and is located in the popular west side of Glasgow. The stadium matches are often noted to be family-friendly and makes a perfect day out for all those wanting to spend some bonding time with the family.

Ashfield is home to the Glasgow Tigers, a motorcycle speedway team that formed in 1928. Located on Hawthorn Street, just a couple of miles outside of Glasgow, the stadium is popular with those who like motorcycling and enjoy watching it.

The Kelvin Hall International Sports Arena hosts a track and gym area among a range of sports and even a sports clinic. Located on Argyle Street in the heart of Glasgow, this is a brilliant venue to visit, rich with history and culture to keep you entertained!

One from the archives: @craig100m takes all the scalps at the Glasgow Indoor International. 2007 maybe?