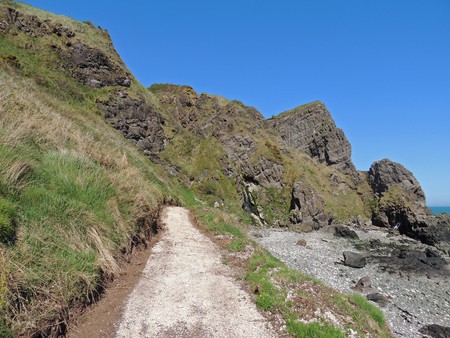 Travellers today may recall Northern Ireland’s famed Giant’s Causeway, 40,000 connecting basalt rocks along the Northern shore, but they often miss out on one of the region’s unique experiences: the Gobbins Cliff Path, a coastal walkway in Islandmagee, County Antrim.

People have been enjoying the attraction known as the Gobbins, or Gobán in Irish Gaelic – meaning ‘tip of the land’ – since 1902, including the Edwardian civilisation and those from the wider continents of the world. Berkeley Deane Wise, a chief engineer of the Northern Counties Railway Company, designed the Gobbins to attract European visitors to the rocky Northern Irish coast, which eventually became a larger attraction than the UNESCO-listed Giant’s Causeway, during the early 20th century. The route was carved into the black basalt rocks of Islandmagee, taking visitors from Wise’s Eye to Gordon’s Leap, past caves, bridges and through the original Tubular Bridge. The original pathway fell into disrepair after a landfall in 1954, including weather damage to many of the bridges, and finally reopened in 2011 to the general public. 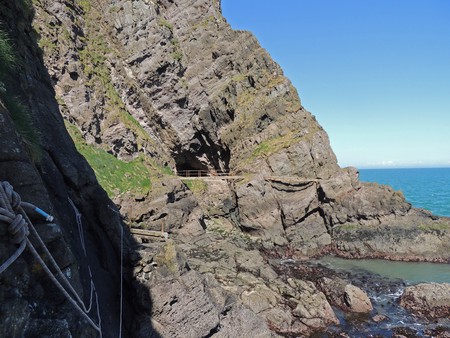 When you arrive, you’ll be greeted at the Welcome Centre to wait for your pre-booked tour, where you can explore the Gobbins exhibition and tourism information point. During the tour, you’ll take a short bus to the cliff entrance, before walking the 100 steps to Wise’s Eye, where the one-kilometre (0.6-mile) coastal path begins. You’ll walk back on the original path to get home, so the tour can last up to 2.5–3 hours, depending on the weather. The newly refurbished coastal path has been designed to withstand the Northern Irish weather – which is always unpredictable – so expect the weather to be somewhat wet and windy, even in the sunshine.

Along the way, you’ll be able to spot an array of wildlife, including several seals who call the Northern Coast home. On a clear day, you’ll be able to see Scotland in the eastern distance, along with Rathlin Island, a small 150-person island famous for their nesting puffin population. The experience is a unique one and well worth the trek; from the new Tubular Bridge (a cage-like passage along the cliff) to the visible caverns on the basalt rock, this is an unforgettable way to experience the Atlantic shore. 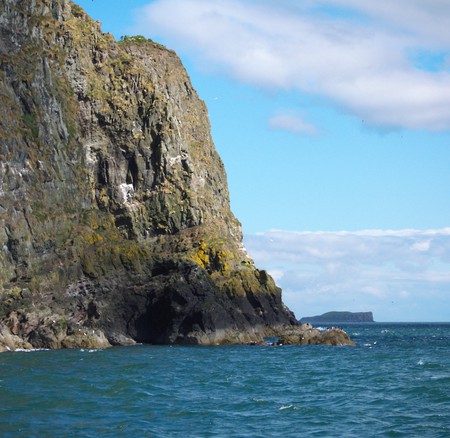 Guests may only visit the Gobbins with an advanced pre-booking during the summer months (the attraction will reopen soon for Summer 2017). You may only visit via a guided tour of the coastal path, which runs every hour. The welcome centre is situated 20 miles (32 kilometres) North of Belfast city, toward the Larne Coast, County Antrim.

It’s important to prepare for harsh weather along the coast; rainproof jackets are required, and suitable footwear must be worn – your footwear must have some sort of ankle support, so women’s plimsolls are not permitted. Unfortunately, walking aids are not permitted, and anyone wishing to walk the path must be in good health and mobility, and over the height of 1.2 metres (3.3 feet). Don’t worry – the path isn’t dangerous; indeed, the modern design can withstand the crashing tides, but the 100-step climb back to the Welcome Centre deems this walk suitable for those with full mobility. 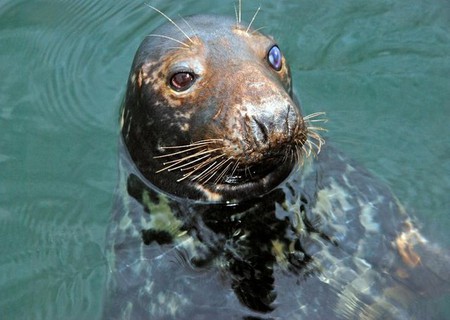 A Boat Trip to the Gobbins | © Albert Bridge/ Geograph

Between Belfast and the Gobbins Cliff Path lies Carrickfergus Castle, an original Norman castle on the shores of Belfast Lough – so why not make a stop along the way? If you have a thirst for the coast, follow the Causeway Coastal route where you’ll pass the Cshendun village, the Giant’s Causeway, and Ballintoy Harbour. You can find out more about the Causeway Coastal road trip here.