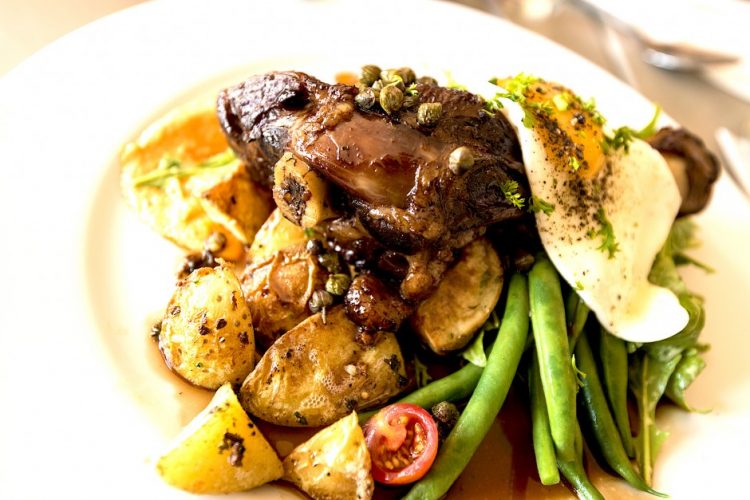 Located in a beautifully converted 19th-century boathouse on Derry’s Queens Quay overlooking the River Foyle, gastropub Quaywest serves an eclectic European fusion menu complemented by fine wines, craft beer and refreshing cocktails. As a Taste of Ulster accredited restaurant, Quaywest’s cuisine is crafted from locally sourced produce with standout dishes that include lamb shank with champ, roast vegetables and a red wine and pepper jus, as well as pan-fried seabass with crushed potatoes, smoked bacon and leek veloute. Don’t leave without trying one of the delicious cocktails such as the Quaywest Cooler – an intoxicating mix of vodka, peach schnapps, midori, Malibu, cranberry juice and orange juice.

Take a culinary trip through the Mediterranean and Middle East with a meal at Cedar – Derry’s resident Lebanese restaurant, opened by head chef Simon Matta and his wife Bernadette in 2012. A range of hot and cold mezza dishes – from classic baba ghanoush and hummus to falafel and chicken livers sautéed with onion, garlic, lemon juice and pomegranate – make up Cedar’s menu. Main courses include chicken shawarma and Lebanese-style, vegetarian-friendly moussaka. Cedar’s desserts are equally authentic: choose from sweet treats like avocado mousse topped with coconut and pistachio and mamoule (shortcrust pastry stuffed with dates). 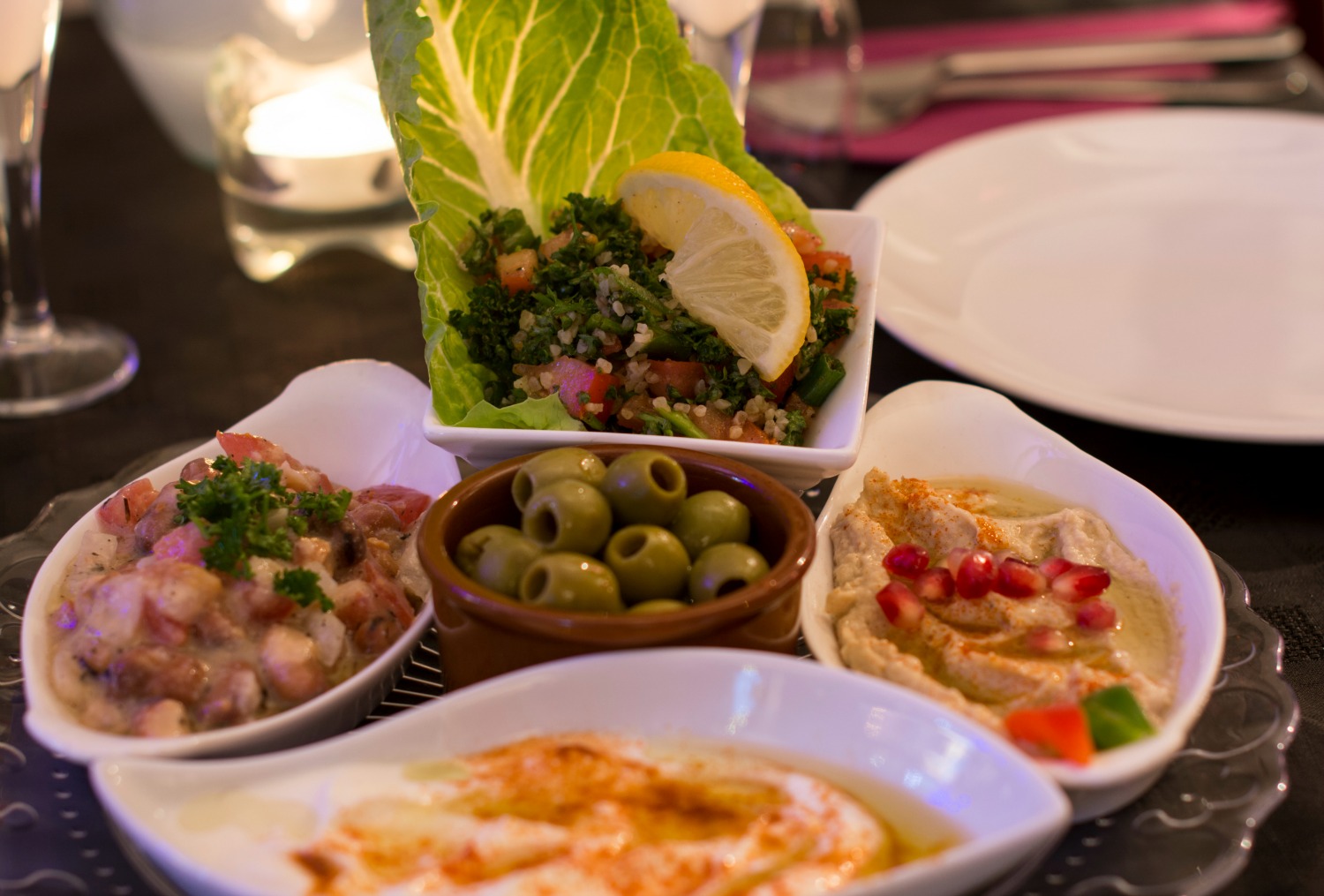 When owner and chef Kevin Pyke set up Pyke ‘N’ Pommes, he hoped to promote Britain’s growing street food scene in Derry and it seems to be working – since opening in 2013, the food truck has become a fixture of the city’s riverfront and its creative, locally sourced food is hailed as the best in town. Choose from aptly named menu favourites like the Codfather (fresh fillet of Greencastle cod served with black pudding, White Oaks’ organic potatoes, pickled beets and smoky apple puree) and the Notorious P.I.G (slow-roasted shoulder of pork, crispy slaw, BBQ sauce, beetroot crème fraiche on Lebanese flatbread). 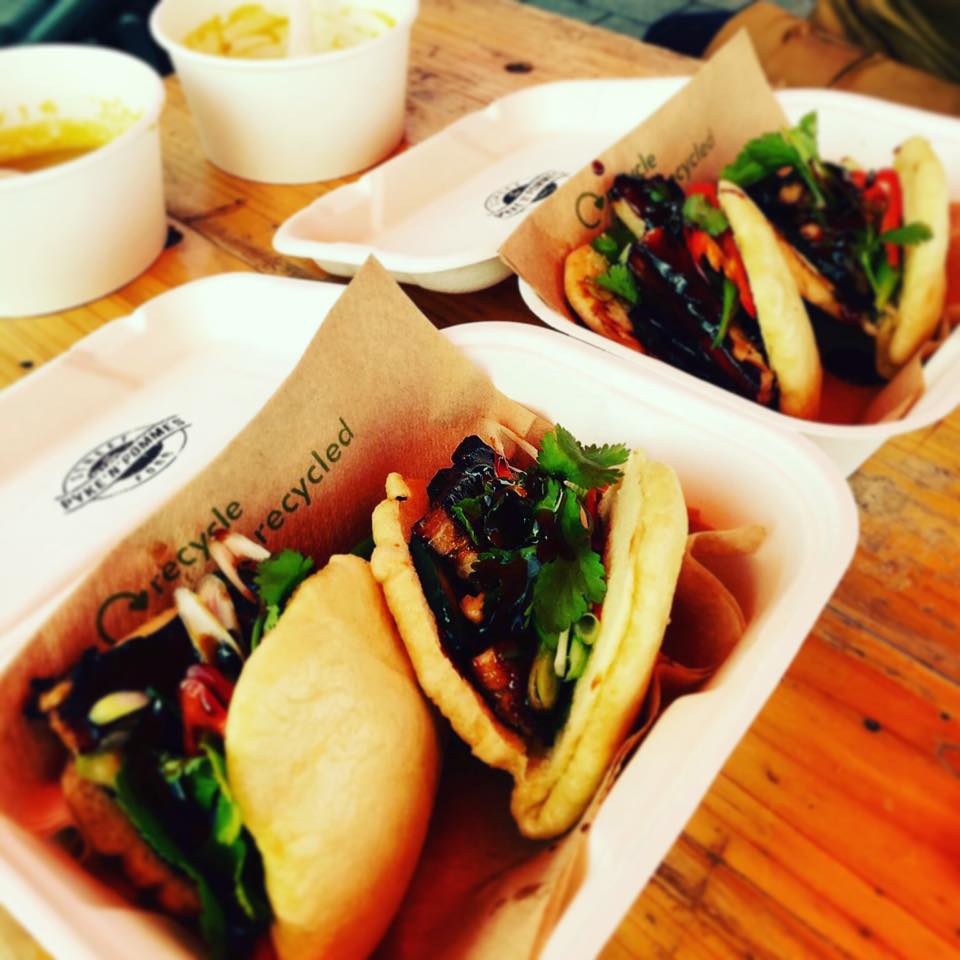 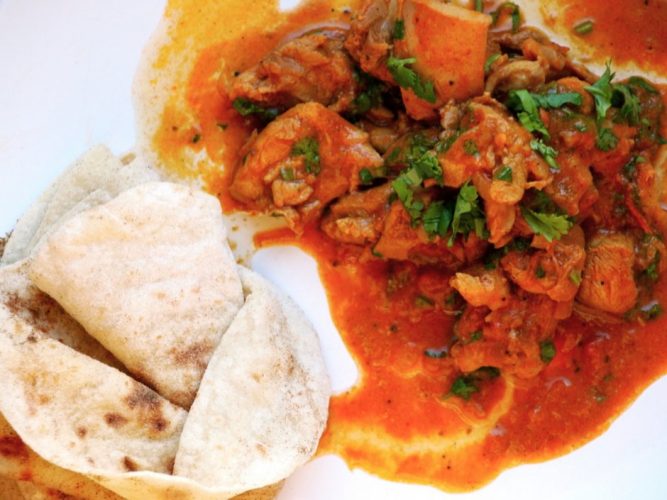 If you’re having trouble deciding between spicy Indian food and hearty Italian fare, fear not. At Mama Masala – a popular restaurant uniquely combining both of the much-loved cuisines – you don’t have to choose. Classic curries like bhuna, jalfrezi and tandoori specialities feature on Mama Masala’s menu alongside a number of pizzas and pasta dishes including spaghetti carbonara and chicken tagliatelle. For diners who really can’t make up their minds there’s even a few Indian-Italian options, such as pasta with a spicy lamb curry and the Indian Feast pizza topped with homemade tikka masala sauce, tandoori chicken, peppers and cheese.

A buzzing, cosy joint nestled in the heart of Derry’s Waterside, The Sooty Olive opened in 2013 and within a year of business had scooped itself a mention as one of the country’s best restaurants in the prestigious McKennas’ Guides. The brainchild of owner and head chef Sean Harrigan, The Sooty Olive’s menu includes both global and local cuisine with dishes like the salt and pepper stir-fried squid with peanut dip starter and the Irish chicken supreme main with colcannon cake and mushroom cream. Desserts include indulgent offerings like cheesecake of the day and warm chocolate brownie with chocolate sauce and ice cream. 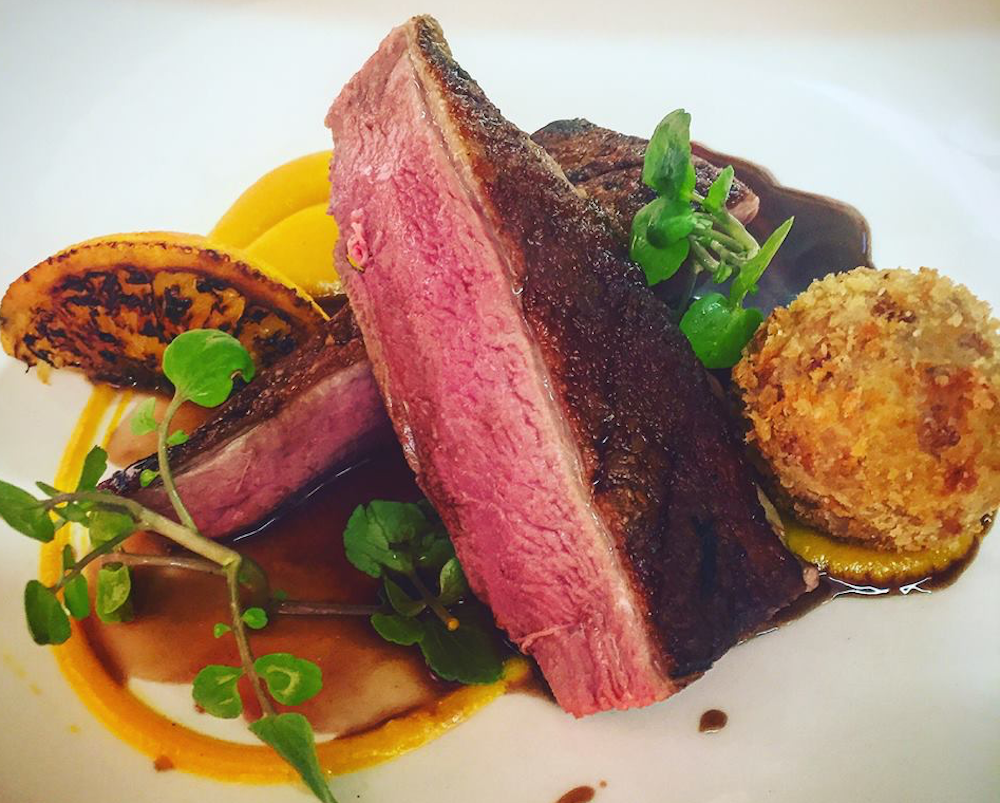 One of the most recent additions to Derry’s dining scene, Walled City Brewery – a brewery and restaurant in one and the first of its kind in Northern Ireland – opened its doors in May 2015 with veteran brewer James Huey and his wife Louise at the helm. Small pinxho-style eats, such as mini Thai pork cakes or Donegal smoked salmon blinis are served alongside bigger dishes like house-smoked, beer-braised pulled pork with gherkin and slaw in a brioche bun. Naturally, Walled City’s craft brews make the perfect accompaniment to its eclectic eats – try the flagship pale ale Boom or its refreshing pilsner, Kicks. 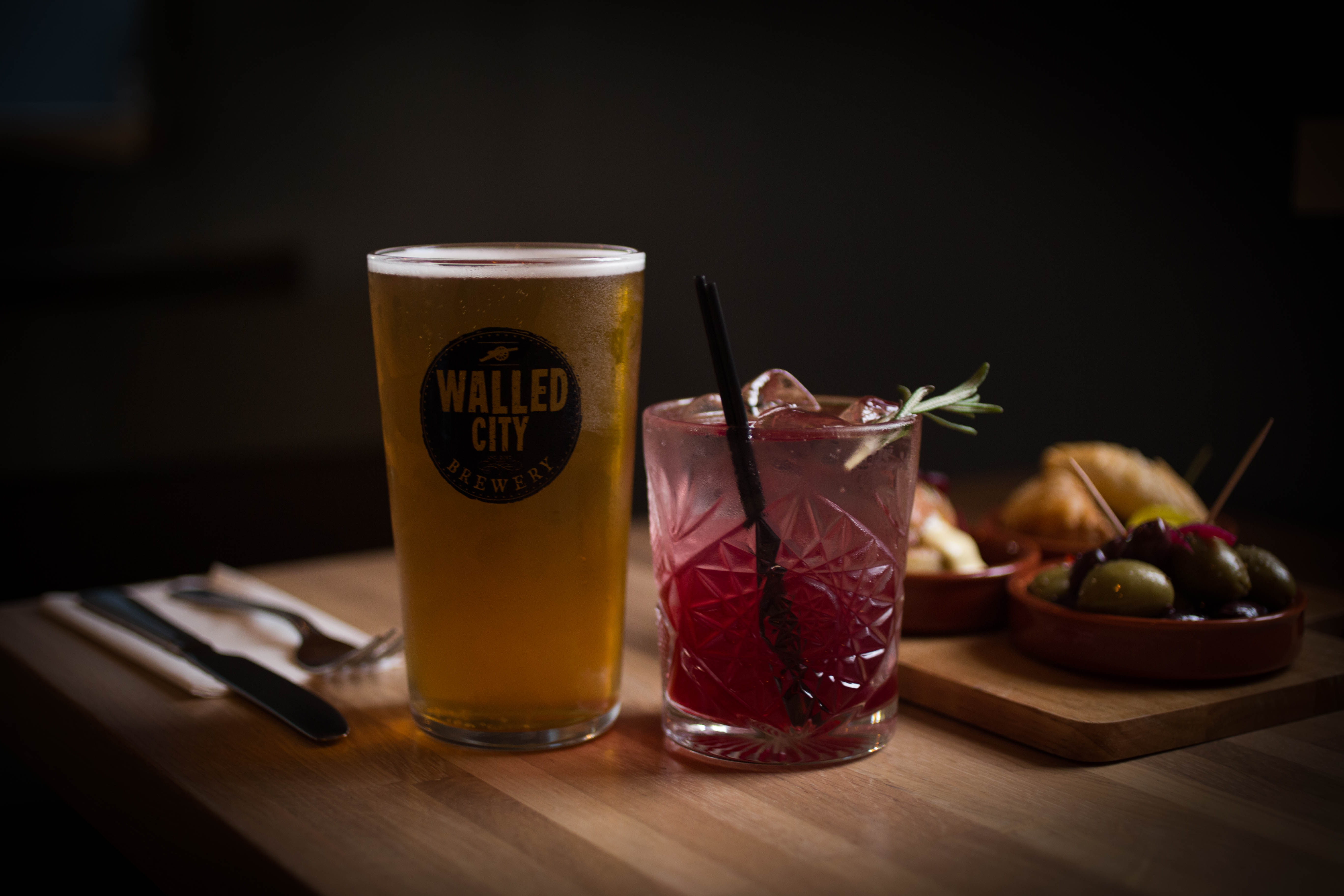 Opened in 1995 by husband and wife team Claudio and Maureen Antonucci, La Sosta has been delighting local diners with its delicious Italian cuisine for over two decades. Inspired by the culinary traditions of Claudio’s native Abruzzo with a distinctly modern twist, La Sosta’s menu features standout dishes like the risotto starter with mascarpone and red cabbage and the seabream main with roasted fennel, olives, cockles and thyme. With indulgent treats like traditional homemade tiramisu and hot chocolate pudding with vanilla ice cream and caramel sauce to finish, diners with a sweet tooth will want to save room for dessert. 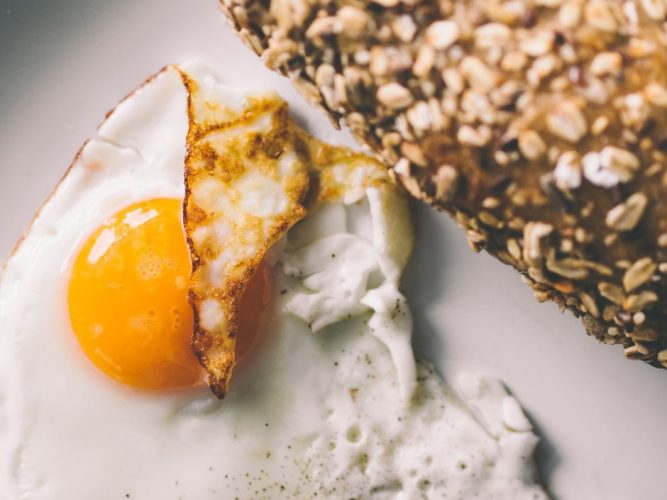 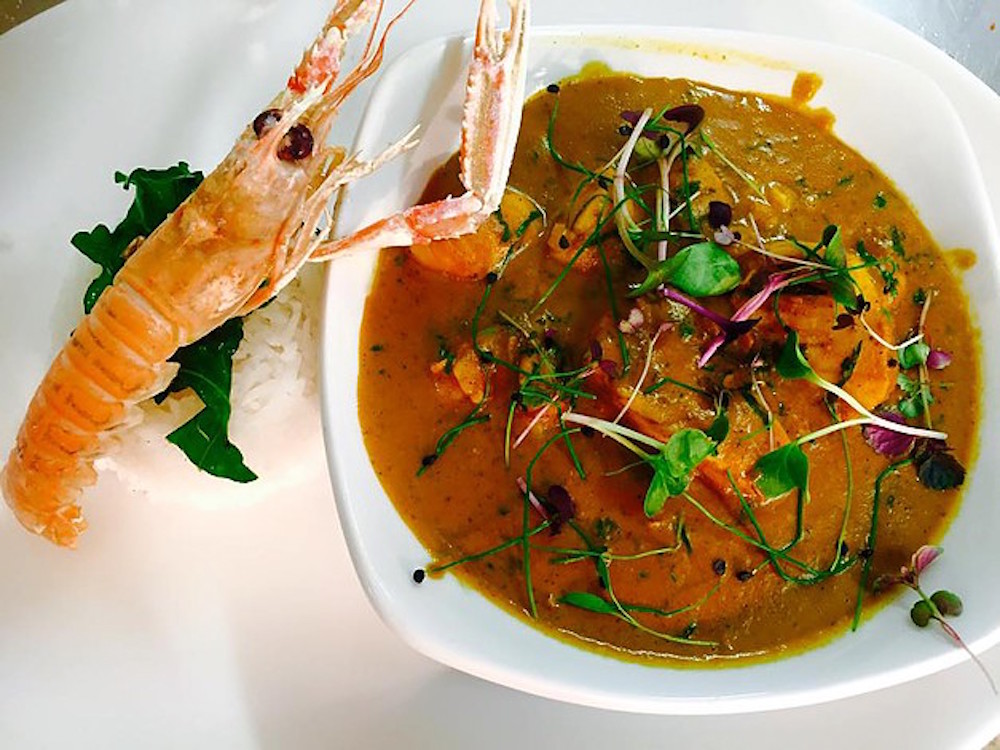