The Top Tips to Know Before Travelling to Belfast 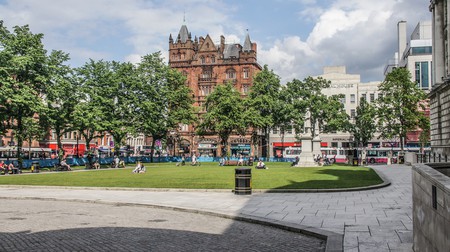 Belfast is a great city to visit this year: it’s cheap, it’s friendly, and there’s a lot of history and five-star cuisine to discover. If you’re planning a trip to this Northern Irish city soon, make sure you know the basics.

Belfast is the capital city of Northern Ireland; part of the UK, the country is the six-county region which sits at the top of the Republic of Ireland. The city lies in County Antrim, east of Northern Ireland’s six counties – located approximately one hour south of the North Coast and famous Giant’s Causeway and one hour north of Dublin, Republic of Ireland. The River Lagan runs through the city into the Atlantic, making it a primary coastal city in the UK region. 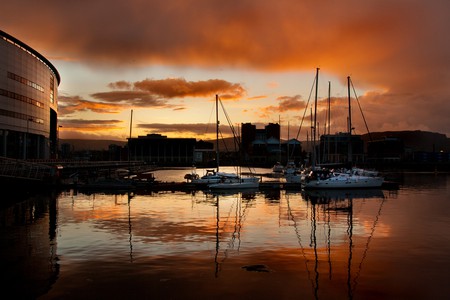 What currency do they use?

As it is part of the UK, you’ll need Great British Pounds (GBP) for your trip to Belfast. It’s important to know this since most travellers visit Ireland and Northern Ireland together, and you’ll need to change currency once you cross the Irish border. There’s no physical border, but as a general guideline, the divide runs from Lough Foyle in the North of Ireland to Carlingford Lough in the Republic of Ireland. Most businesses will offer an exchange rate for either currency if you don’t have the right one with you.

What is the best way to get around?

Belfast is a small city, so walking is easy and often the most enjoyable way to get around. The Metro bus services run throughout the day, with major pick-up points at either side of City Hall, Central Belfast. Taxis are cheap, modern and extremely safe – one of the best ways to get around at night. It’s very easy to travel to and from Dublin in Ireland: the Translink Enterprise train runs between the two cities every two hours. The North Coast is only one hour away by car, with regular buses and trains running to various points of the coast every day.

Belfast is a very safe city – especially in the central area of the city, which is home to great shopping destinations, hotels, bars and restaurants. The atmosphere will feel like a small village in a metropolis, and the people are traditionally friendly and helpful. While it may be quieter than some major cities in the UK, it’s generally a safe place to walk at night, even in small groups. You should be cautious when travelling to any city destination, but Belfast is no cause for concern! 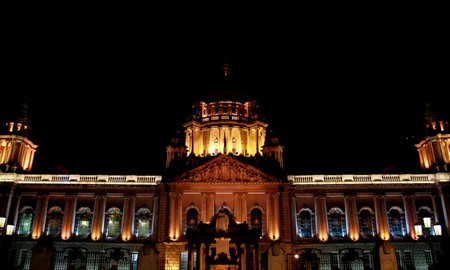 Is there still tension between political communities?

Not so much – Belfast has developed into a safe city since The Troubles, in the 1970s. You will notice that certain areas of the city decorate their community streets with either the UK Union Jack or the Irish Tricolour flag – these two communities continue to live alongside one another. People may refer to themselves as British or Irish, but most people will call themselves Northern Irish.

The International Peace Wall is a beautiful collection of murals from nationalist and unionist communities that remember the conflict, and many visitors come to Belfast to see it. If you have any questions, don’t be afraid to ask, within reason – the Northern Irish are generally happy to talk about their history and identity. Many visitors like to learn about Belfast’s history, but be open-minded too and explore the other great pieces of culture in the city (Hint: The Titanic is a big selling point.) 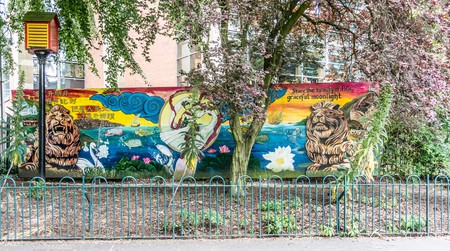 Can you travel on a budget?

Belfast is one of the cheapest cities in the UK, so you can absolutely travel on a budget. You will find that your money will go a long way; for example, Northern Irish cuisine is among the best in Europe and doesn’t come with a heavy price tag. The city is perfect for a weekend getaway or as a stop-off to many other destinations in Ireland and Northern Ireland. Tours are fairly cheap, ranging from food tours to boat trips – one of the quickest ways to check off the must-sees and must-dos on your holiday list!

Is there much to do?

There’s a lot to do! In fact, Belfast is home to Europe’s Best Attraction, the Titanic Belfast, an exhibition built on the building site of the famous RMS Titanic. The famous docks are not the only reason to visit. Queen’s Quarter is home to the beautiful Queen’s University, Botanic Gardens and Ulster Museum, and the Cathedral Quarter is a world-class destination for Irish pubs, food and markets.