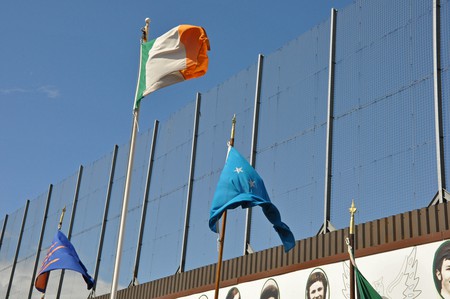 Belfast is a small city, but it’s demarcated by almost 100 ‘peace walls’ that separate Catholic and Protestant areas. Once serving as peace-keeping measures, they are now, in a post-Good Friday Agreement Northern Ireland, popular tourist locations. Here’s our brief guide to Northern Ireland’s peace lines. 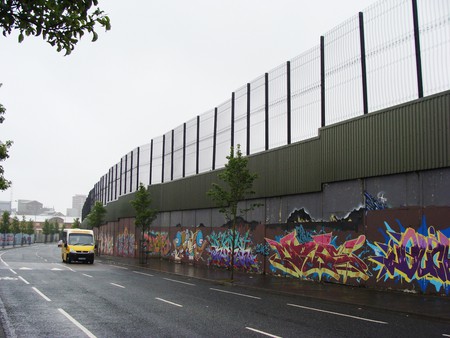 The first of the peace walls were built in 1969 after a series of sectarian riots rocked Belfast. The walls, established as a temporary measure, were a very simple solution to the problem of keeping Republicans and Loyalists apart. However, due to their effectiveness, they never came down. Indeed, as time went on, the walls got longer and more numerous. While most of the walls were constructed during the early years of the Troubles, around one-third have popped up since 1994 when the IRA declared an effective ceasefire.

One of the most famous peace walls sits between the Loyalist Shankill Road and the Irish Republican Falls Road. Tensions between the two streets have existed since the 1800s, and the Troubles saw a rise in violence in this already violent area. As a solution, the peace wall separating the two popped up. This wall stretches for 800 metres (2,624.6 feet), an imposing multi-level concrete structure.

The walls are not limited to Belfast, however. While the majority exist within Belfast’s bounds, there are also walls in Derry, Portadown, and Lurgan. The Protestant Corcrain Road and the Catholic Orbins Drive are separated from one another in Portadown, while the Protestant Fountain Estate and Catholic Bishop Street in Derry are also split down the middle. If the walls were placed end-to-end, they would stretch to over 34 kilometres (21.1 miles), with the longest single wall adding five kilometres (3.1 miles) by itself. 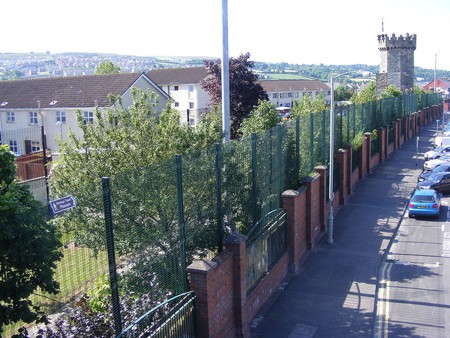 As time marched on and the violence in Northern Ireland died down, gates began to appear in the walls. Although they still existed, and still segregated neighbourhoods, the walls now allowed passage from one area to another. Police staff some of these gates, and many are closed at night.

In recent years, the peace walls have become part of the fabric of Belfast’s tourism industry. Black cab tours travel around iconic locations in the city, many of which have to do with the Troubles. The peace walls have found themselves on the same route as the city’s most famous murals, which isn’t surprising, as much of Belfast’s wall art is actually on the peace lines themselves. 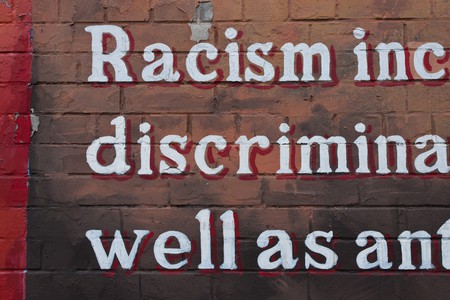 An anti-racism mural on a peace wall | © Paolo Trabattoni / Flickr

In February 2016, the wall on the Crumlin Road was demolished, the first wall to come down. However, dozens of these walls still stand across the country. It remains to be seen whether Northern Ireland will ever tear them down. If they do, it’s unlikely to carry the same weight that accompanied the removal of the Berlin Wall. The destruction of the Berlin Wall was a symbolic gesture, viewed as necessary to reintegrate the city’s population. Northern Ireland’s population, for the most part, has managed to reintegrate even though the walls remain. Having said that, Stormont has committed, by mutual consent, to the removal of all the walls by 2023. It seems likely that Belfast’s so-called peace lines will come down not with a bang, but with a whimper. 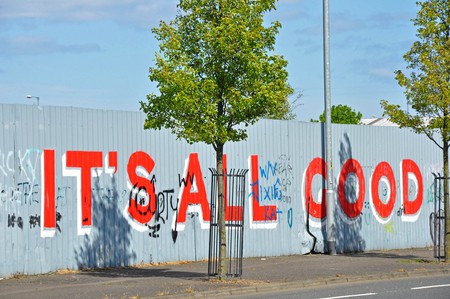 Graffiti on the Shankill Road | © Jennifer Boyer / Flickr
Give us feedback