The Most Picture-Perfect Spots in Northern Ireland

Dunluce Castle | © Michał Huniewicz / Flickr
It might come as a surprise that Northern Ireland is one of the most beautiful places on earth. You might even be familiar with some of the beautiful destinations in this region, such as the Mourne Mountains or the famous Giant’s Causeway – maybe even the Dark Hedges on everyone’s favourite show, Game of Thrones. Here’s Culture Trip’s guide to the picture-perfect highlights of this cultural destination.

Northern Ireland’s Area of Outstanding Natural Beauty-listed mountain range is a spectacular group of granite mountains in the south-east region of Northern Ireland. Year-round, you will be able to snap some fantastic photos of the surrounding land, wildlife and even Scotland on a clear day! If you can manage the trek, travel to the highest point in the Ulster province to Slieve Donard, which sits at 850 metres (2,790 feet). 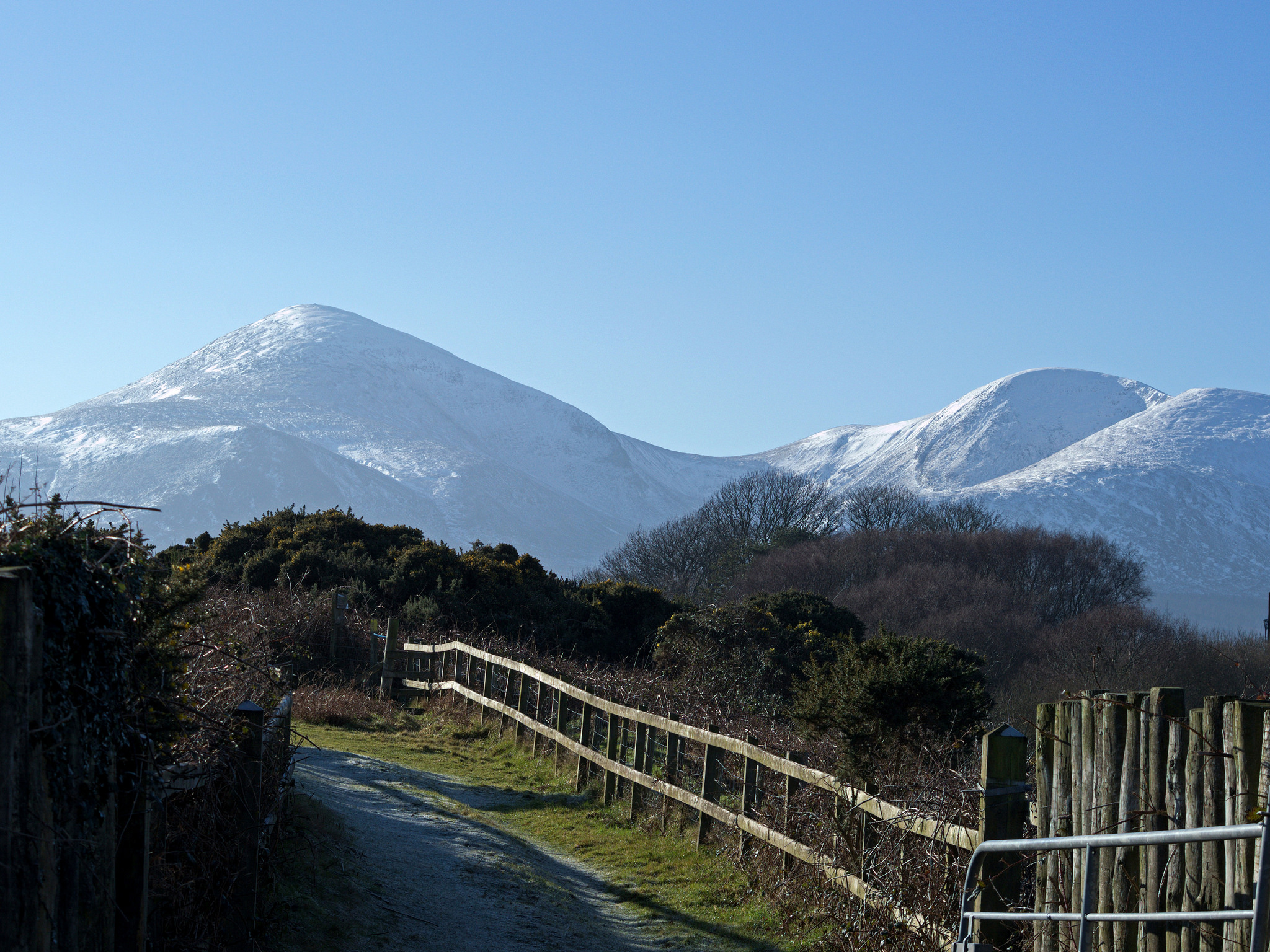 Only 60 million years ago, a volcanic eruption formed over 40,000 interlocking basalt columns on the Antrim Coast, which the locals call the Giant’s Causeway. Folklore claims this hexagonal phenomenon occurred when giant Fionn mac Cumhaill (finn-mac-cool) built it in order to make his way to Scotland to defeat his Scottish enemies. It’s a UNESCO World Heritage Site and a rare natural beauty to behold, with Bushmills town and Ballycastle on either side of the site. 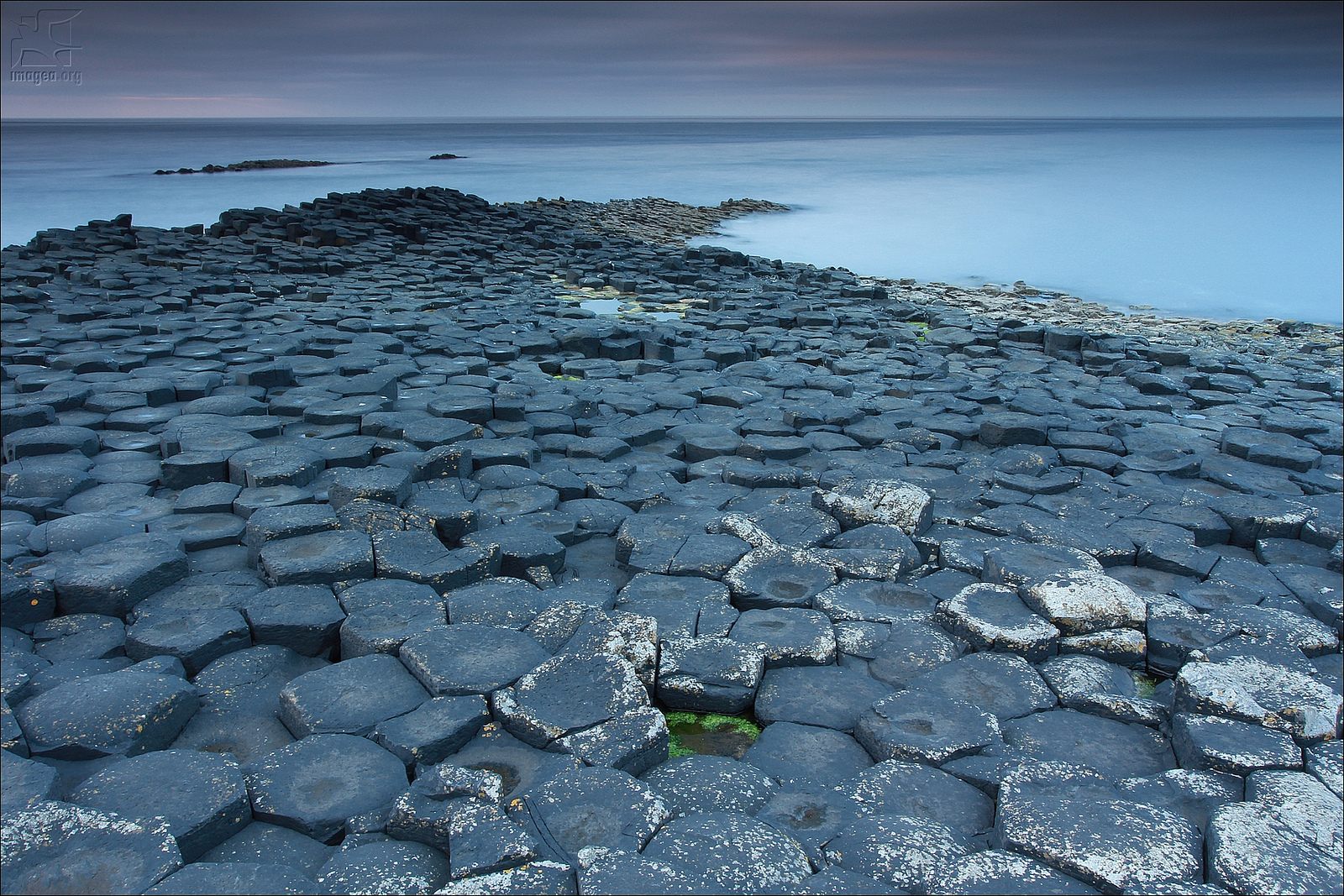 Bridge
The rope bridge connecting Carrick-a-Rede to the mainland is a fantastic spot to photograph your Northern Irish adventure. Not only will you be treated to a view of the Causeway Coast and Rathlin Island, but you might also see dolphins or basking sharks lurking in the turquoise water beneath. The bridge was originally built by salmon fishermen to access the nearby island. You can visit the fisherman’s house, the only building on the small Atlantic island, on the other side of the bridge.
Looks like it's closed Hours or services may be impacted due to Covid-19
More Info
Open In Google Maps
Antrim, Ballycastle, Northern Ireland, BT54 6LS, United Kingdom
+442820769839
View menu
Visit website
Visit Facebook page
Send an Email
Give us feedback

Building
Map View
Mussenden Temple and coast | © Tony Bowden/ Flickr
A Roman-inspired temple sits atop the cliffs of Downhill Strand, beside Castlerock in County Derry. While the location is recognisable on the popular Game of Thrones series as the backdrop to the castle of Dragonstone, the strand itself is a seven-mile (11.3-kilometre) sandy beach that becomes a coastal gem against the sunset and is popular with photographers and tourists.
More Info
Open In Google Maps
Sea Coast Road, Coleraine, Northern Ireland, BT51 4RH, United Kingdom
View menu
Visit website
Visit Facebook page
Send an Email
Give us feedback

Many a film crew have arrived at Dunluce Castle over the years, from Jackie Chan’s 2003 hit The Medallion to Your Highness (2011). Today, the castle appears on Game of Thrones as the Greyjoy Kingdom of Pyke, on the mythical Iron Islands. The castle dates back to 1500, built by the McQuillan family who originated from Scotland. It’s one of Northern Ireland’s most photographed buildings – but often forgot is the outstanding Mermaid’s Cave lying some 25 metres (82 feet) underneath the castle ruins. 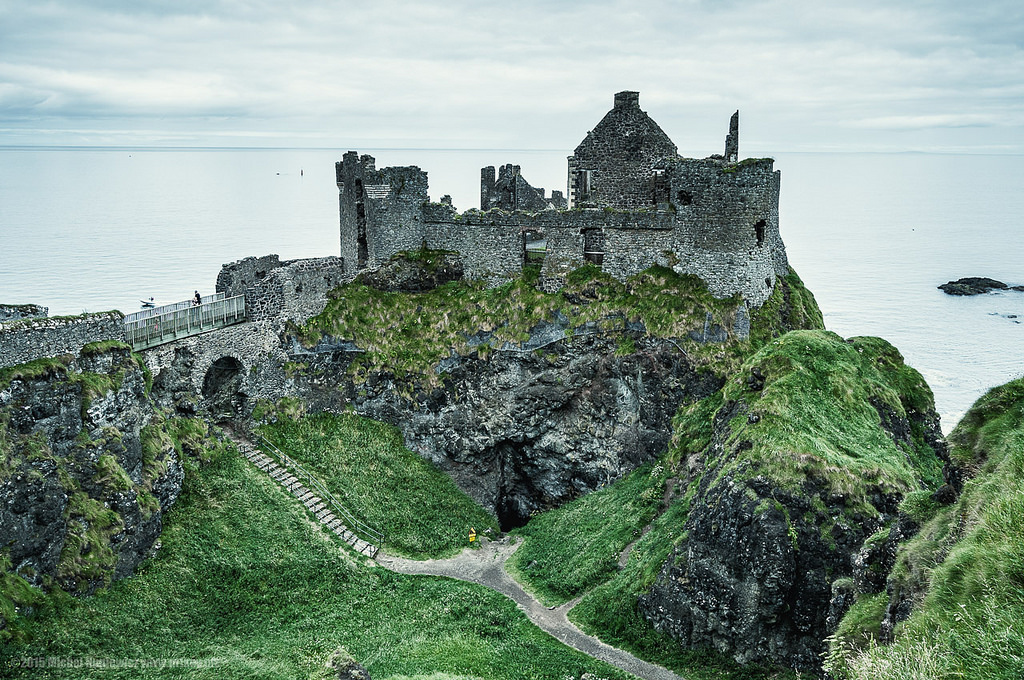 The Crom Estate, photographed below, sits along Upper Lough Erne, an archipelago of islands situated in Lough Erne. This serene lakeside view is popular with holidaymakers, who have access to the West Wing of the estate, which is open to the public, before staying in the luxury resort and spa. The estate includes an old farmhouse and boathouse and some of the most peaceful walks found anywhere on the Irish island. 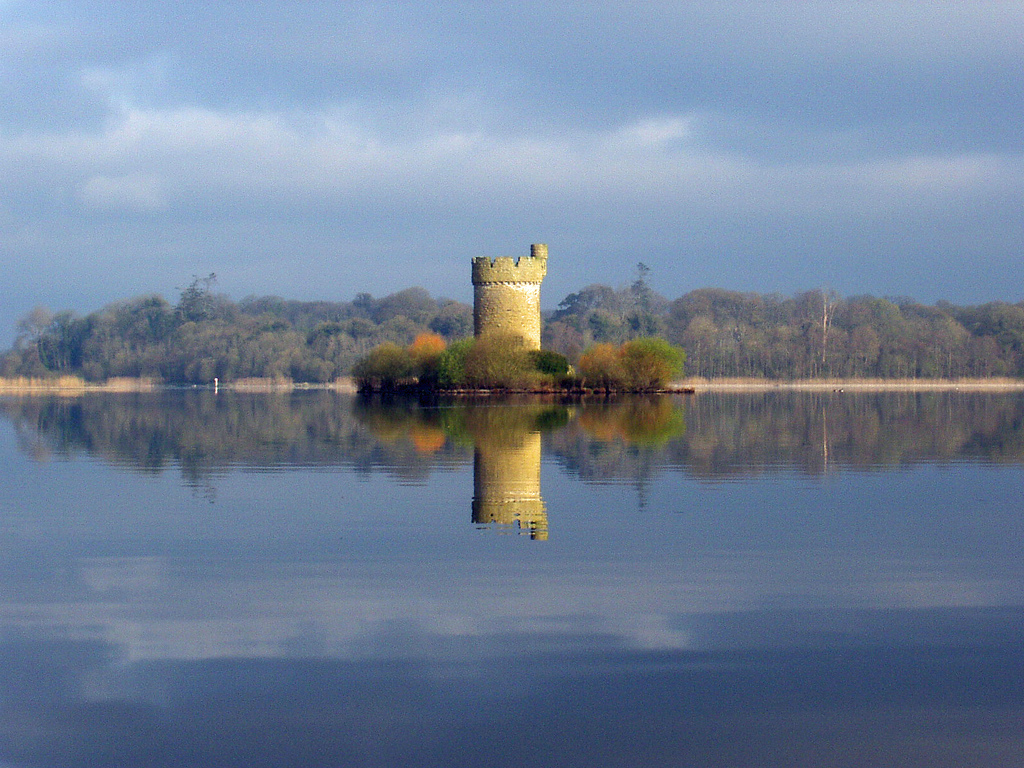 The seaside town of Warrenpoint sits close to the border between Northern Ireland and the Republic of Ireland, separated only by a small body of water, in Carlingford Lough. Don’t be fooled by the peaceful seaside atmosphere – this town holds the biggest blues festival anywhere in Ireland every May, where local talent from every town will come to entertain. The neighbouring town of Rostrevor includes the enchanting Fairy Glen and Kilbroney Stone and one fantastic view of the entire Lough from above. 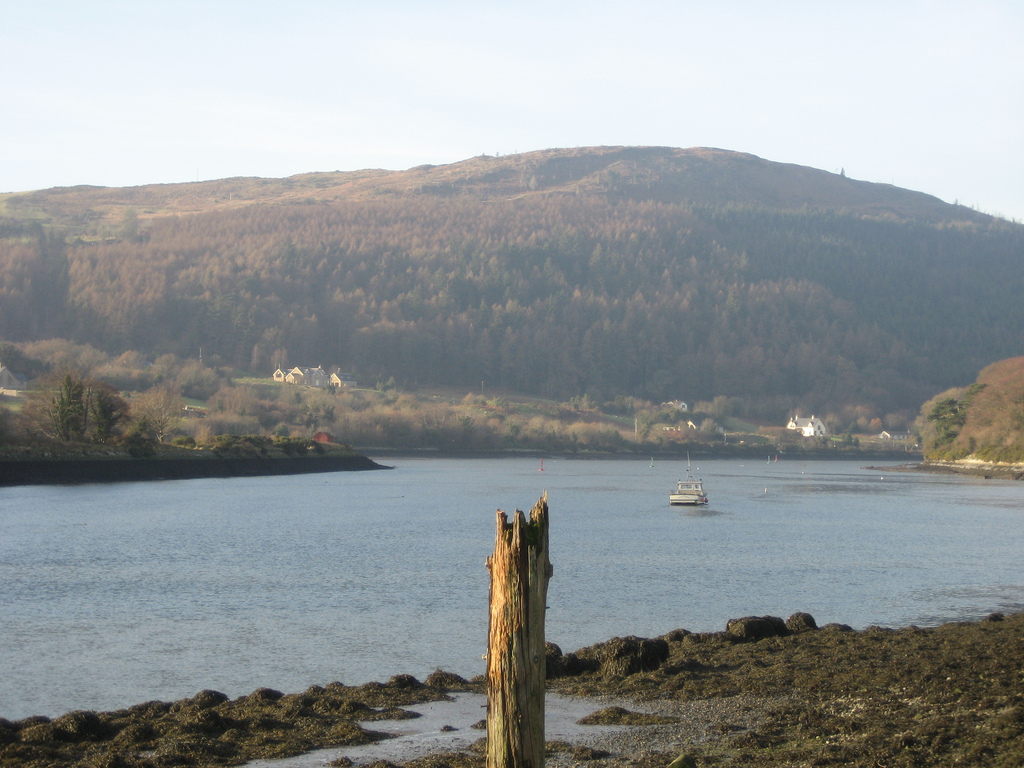 Northern Ireland’s most beautiful seaside town is every Instagrammer’s dream, with plentiful rocky shores and cliff walks. Portstewart Beach is a European Blue Flag strand of beauty, often seen on HBO’s Game of Thrones as the exotic land of Dorne. The Dune and Estuary Trail is a must-see for every photographer who wants to capture the Causeway Coast at its finest. 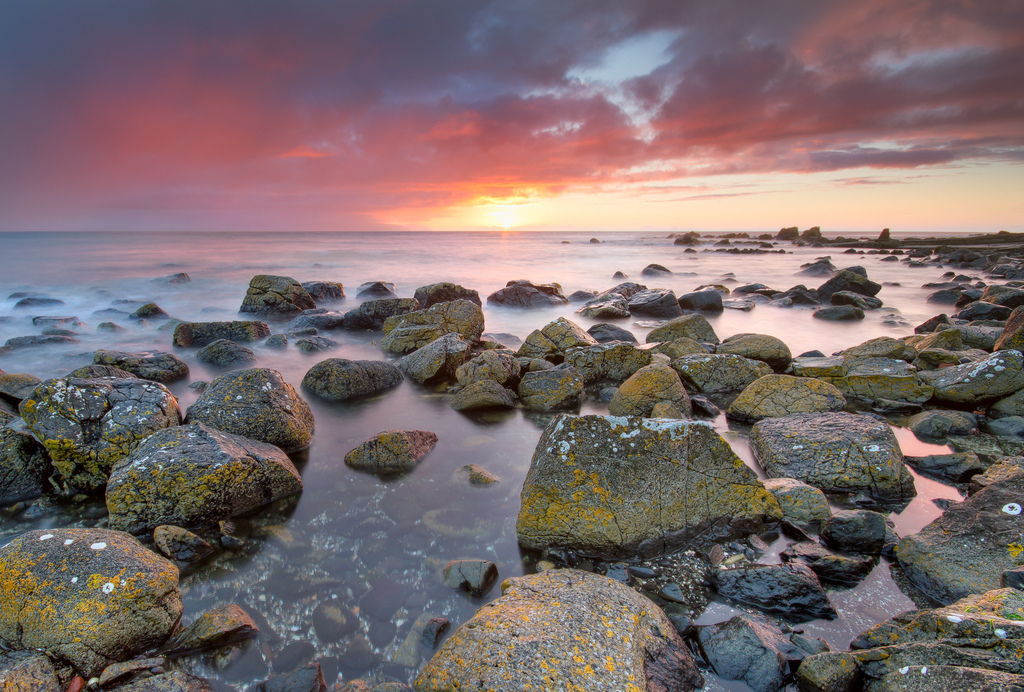 Park
Map View
The Dark Hedges | © Colin Park/WikiCommons
If you haven’t guessed, HBO has already discovered most of Northern Ireland’s natural beauty, including the beech tree avenue along The Dark Hedges. Since its debut on Game of Thrones, tourists have swarmed to this sitewhich is over 300 years old and the leading road to Gracehill House. The site continues to be one of Ireland and Northern Ireland’s most photographed spots year-round – but beware of The Grey Lady, a ghostly resident, during the early hours of the night.
More Info
Open In Google Maps
Bregagh Road, Stranocum, Ballymoney, Northern Ireland, BT53 8PX, United Kingdom
+442827660230
View menu
Visit website
Visit Facebook page
Send an Email
Give us feedback

The Titanic Quarter is Belfast city’s pride and joy, sitting on the original building site for the RMS Titanic. You can usually spot Samson and Goliath – the original building cranes, owned by Harland & Wolff – from anywhere in the city, but the neighbouring harbour and Titanic exhibition centre are worth a visit for the stunning surroundings, which have always been popular with photographers. A clear day and a walk along the docks make this one of the most picture-perfect locations anywhere in Northern Ireland. 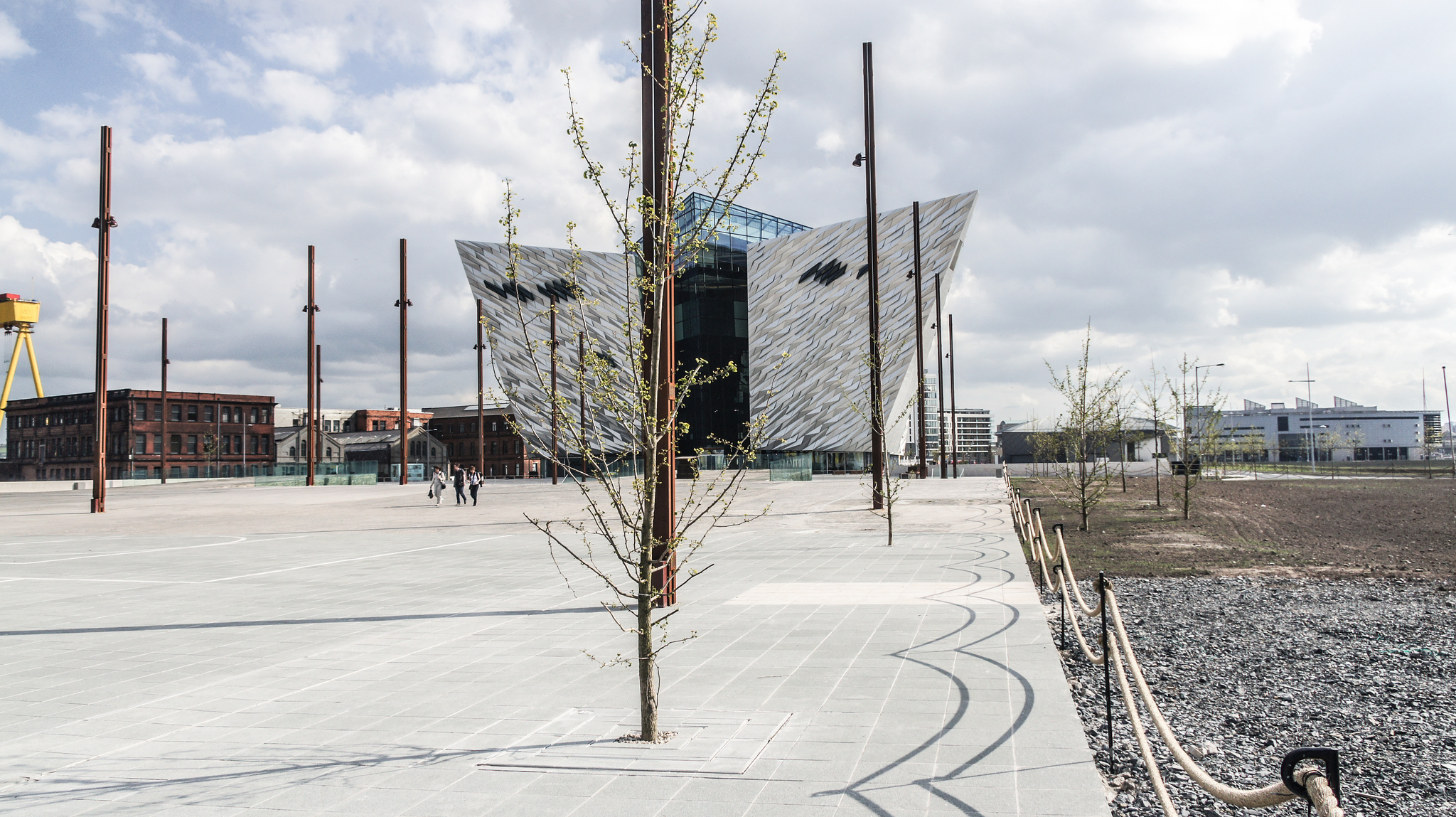