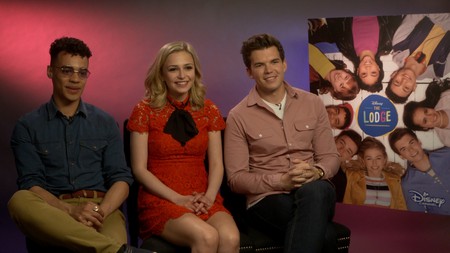 One of the Disney Channel’s most popular shows is back for a long-awaited return, and fans will finally get a chance to find out what happened after the cliff-hanger that closed the first series. We caught up with three of the stars to find out how the new series will be bigger, better and more dramatic than what we’ve seen before.

Are you Team Ben or Team Sean? That’s the question that Lodgers (the endearing term for fans of The Lodge), have been wrestling with ever since Skye (Sophie Simnett) decided it was time to pick between the two men in her life. With the show now back on the air, most people will know what happened, but just in case we won’t spoil what happens, but trust us… it is dramatic.

We spoke to Sophie, one of her possible choices Luke Newton (who plays Ben) and Joshua Sinclair-Evans (Skye’s best friend Josh), about the new episodes.

Culture Trip: What has the experience of making the show been like for you?

Sophie Simnett (SS): It’s been incredible. We had no idea how the audience would react to it, or even if we would have a season two. It’s been such an incredible journey over the past few years. We’re so excited for people to see it [the new series], it’s bigger, brighter, with more singing, dancing…

SS: Yes! We have a new main character called Alex played by Mia Jenkins. She’s integral to the mystery plot that we see in this new series… as well as the relationship drama we will explore.

CT: Were you apprehensive at all about a new person joining the show?

SS: No, I was really excited. We read the script before we met Mia and even then thought that she was the perfect character to slot into the group. We missed characters that came and went, but we are an open family. It’s exciting to have fresh people.

Joshua Sinclair-Evans (JSE): She’s slotted in so well. I keep forgetting she wasn’t here last year and make references to what happened as if she was.

CT: What was the most exciting thing for you about the new series?

JSE: For me, seeing as I spent most of last season on the phone, which involved coming onto set, going into a room with a few of the crew and then flying back to England, this time we see Josh interact a lot more with everyone. I get to do scenes with pretty much everyone and we also have so many group scenes this time as well. It basically felt like a new shoot for me. I felt more involved and it was a lot more fun.

SS: It’s such a big step up. My favourite thing is also the group scenes, we have four or five of them. We even have a “dance-a-thon”, which is pretty groovy. It’s a big group number and then we split off into pairs and battle it out. That was pretty sick.

Luke Newton (LN): For me it was about working in different aspects of the story. Last year it was about the love triangle, and Ben’s pursuit of Skye, but this year he gets to do a few more things and get involved in the mystery.

CT: We won’t spoil anything in case some people haven’t seen the new episodes yet, but what most of the audience want to know about is the choice Skye has to make between Sean and Ben. How hard was it for you to keep the secret?

SS: The choice! To be honest we also had to wait so long to find out. The show didn’t come out until four months after we finished filming, and then we found out we were doing Season 2, so it was a long wait. There was a lot of talk about it… it was painful! I kept asking the producers to tell me. 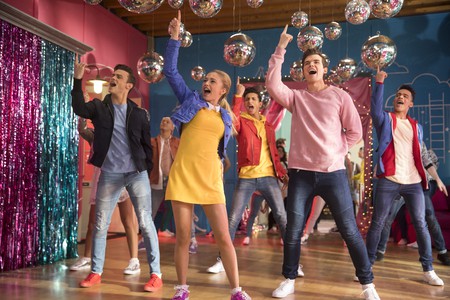 LN: Once you know though, it is a nice secret to have. I wanted my friends and family to watch it in the show for the first time, because I thought the way it was done was really clever. It’s not just blurted out. We wanted to continue with this story that people love.

CT: Have you found that people still try and get the answer from you. Do they look at your reaction to the question?

LN: [Laughs] Yeah. It is the most asked question.

SS: Sometimes when you meet fans they won’t even say hello, they’ll just ask you straight out “Who did you pick?” I still tell them to wait.

The fans are amazing. They are all so positive and give great feedback about the characters. They make amazing video compilations. They are loyal as well. They are excited and tell us who they react to. It’s what we aim to portray, the relatability of our characters.

LN: They even give us ideas sometimes. When we talk to the producers and writers about what we want to happen, it’s nice to say the fans like this element or that element. It’s great to get the feedback, on social media for example.

CT: We visited the set for the first series, and now it’s obvious how big and popular the show has become. Did that add pressure this time around?

SS: I didn’t feel pressure. We were all excited to bring something new. The music is more “poppy” this time, think Justin Bieber meets High School Musical… but in all the best ways!

The second season starts straight after where the first one ended, so even though we wanted to make it bigger it still had to feel like the same show. It has to keep the roots but then grow.

JSE: It’s weird that because we film in another country, its a bubble. You forget that people are waiting back outside, we just go to work, hang out with our friends. It’s still airing in some countries for the first time and someone will tweet about something from last year. That always brings it back. 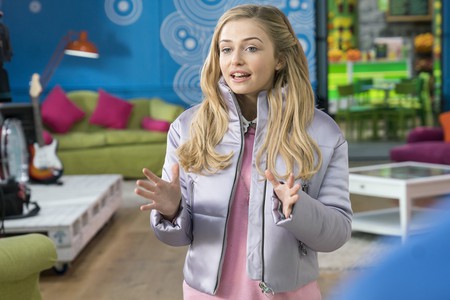 CT: Is the set in Northern Ireland more like a home from home now?

LN: It really is. We shoot all over Northern Ireland and there are a couple of weeks when we go away from the base and spend a few days filming. It then makes it exciting to get back to ‘the lodge’, where we film the majority of the show. That really does make it feel even more homely.

CT: What’s it like watching yourselves back on screen?

SS: It’s funny, we watched it on a big screen the other day. Even seeing it on that made it strange, But then you get used to it. Seeing ourselves on merchandise is weirdly not weird. It’s random, what we do, so that adds to it. We do get excited watching the episodes though, because we don’t film chronologically. The dance sequences really depend on how they are edited. All we remember is how out of breath we were!