The Hidden Bookshop Of Belfast 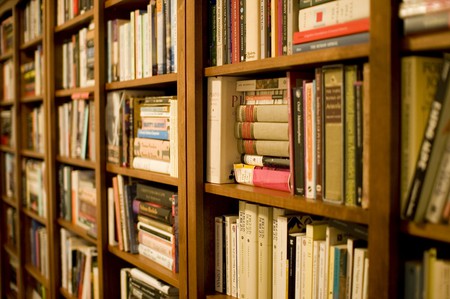 Amidst the branded bookshop chains that litter the high streets of Belfast, it’s refreshing to see an independent, secondhand bookshop hidden away amidst the back alleys of the city. Such a bookshop immediately draws you in while you’re strolling down North Street. What is most surprising about the shop is its relatively small appearance from the outside; however, upon your first few steps inside, the bookshop unsuspectingly expands in length.

Keats & Chapmans’ allure lies in its décor, as if you have just entered a labyrinth of literature. Corridors are flanked on both sides by a vast array of books upon the shelves, dwarfing visitors as they traverse through the maze. The customer’s vision is constantly ensnarled, if not seduced, by the sirens of literature lounging on their pedestals, pulling many hopeless wanderers away, losing them within the tales contained within their covers.

Plundering the shelves, you are quick to notice that when removing one book from its place on the shelf, two more seem to appear to take its place, as if the books themselves are boundless in reserve. Of course, ravaging through the clutter, you do come across the usual classics: Dickens, Chaucer, Dostoevsky and Hemingway. But occasionally you can come across such rarities as Bunyan’s The Pilgrim’s Progress, an old English childhood classic as Christopher Hitchens once called it; Albert Camus’s The Outsider, a rite of passage for any adolescent; and the Faberge egg of the collection, Steppenwolf by Hermann Hesse. 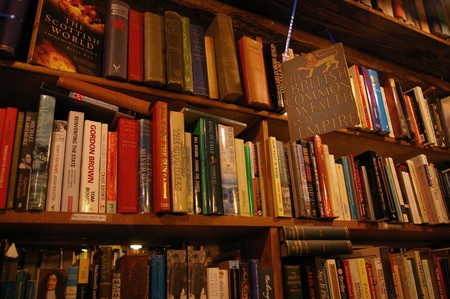 The appeal of the bookshop is, however, not lost on the more casual reader, evident in the diversity of genres labelled on the shelves around the shop, ranging from crime thrillers to an assortment of books in various languages. Furthermore, there is a large section dedicated to art, the centre piece of which is the complete works of Francisco Goya, and an array of books on politics, whether it be political doctrines or governmental systems. For those less avid readers, the shop also contains a collection of vintage records.

By far however, the most impressive section is that of history, with books ranging from the history of the globe and the history of Europe to the history of Ireland and even the local history of Belfast. Belfast’s own legacy is immortalised through the inscriptions in these pages: its history of division examined within Liam de Pour’s Divided Ulster can only be contrasted to the modern day. The local common culture of the city flourishes from the poetry of Paul Muldoon or Ciaran Carson. Not only do these books provide a historical and cultural character to the city but define the locals of Belfast themselves.

In Bookshop Memories, George Orwell reminisces on how his days working in a bookshop deprived him of a love of books. It seems incomprehensible that such a thing could occur in Keats & Chapman. This is a place that, apart from the works upon its walls, has its own character; a strange timelessness of individuality differentiates it from other bookshops. These virtues are embodied in the mere ornamentation of shop. Who knows what you might find upon the bookshelves of the back streets.