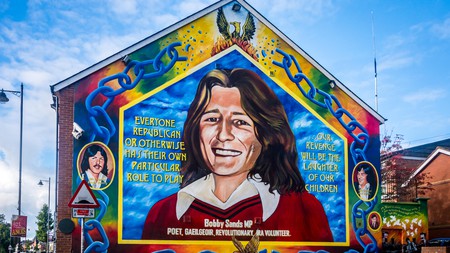 Historical and political Belfast is a city of street art and murals, all with a powerful message. Here are the most thought-provoking ones in the city.

Belfast’s political and religious struggles of the 20th century have manifested in the expression of powerful, thought-provoking artwork found on walls across the city, sides of houses and sometimes covering whole streets. The tradition dates back as far as 1908. Street art is most closely associated with the Troubles, which peaked between the 1960s and the 1980s but simmered on long after. The complex divisions between Catholics and Protestants, unionists and nationalists are still contentious today.

Modern Belfast has become a place where street artists from across the world gather to produce their work. They are compelling, moving, satirical and sometimes just beautiful. The stories behind many are deeply politically charged and sensitive, so book a trusted local tour guide to do them justice. Here, Culture Trip outlines some of the best areas to appreciate this world-famous Belfast tradition.

The Cathedral Quarter has become the spiritual home of progressive street art in Belfast, and now there is hardly a bare wall in sight. The area hosts the annual Hit the North festival, where graffiti merchants from across the world descend on the city to produce stunning works. Many of the walking tours will feature this area heavily if not in its entirety. If you’re short on time, the Son of Protagoras, along with anything on Talbot Street, is essential viewing. 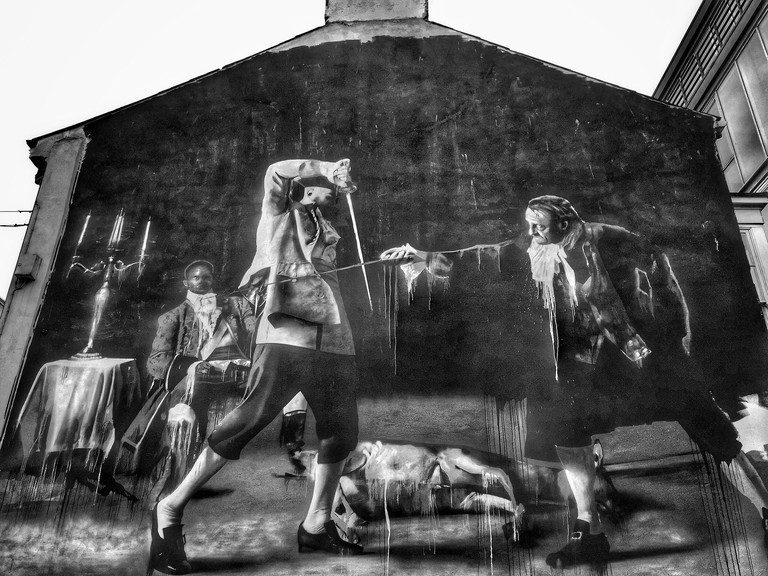 Another Cathedral Quarter staple is Hill Street, where you’ll find a breathtaking painting that would look at home in a Renaissance gallery but is even better placed overlooking a small car park. The Duel of Belfast, Dance by Candlelight by Conor Harrington was commissioned by the Cathedral Quarter Arts Festival. The two protagonists duel over a dead animal carcass as the scene decays around them. It offers some stark perspective on the Troubles and political turmoil the world over. 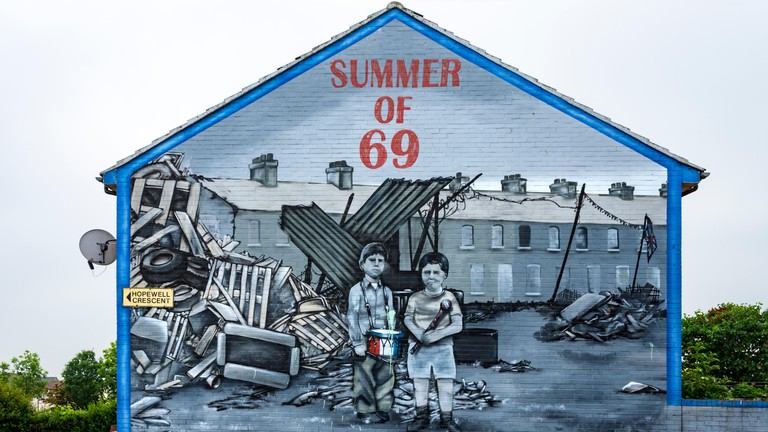 This residential area is home to some of the best-known political murals from the height of the Troubles, including the Bobby Sands mural and The Summer of Love. To begin to understand the emotions and passions of the conflict, this area is a must-visit. Take your time and allow a few hours to appreciate the works in their entirety. 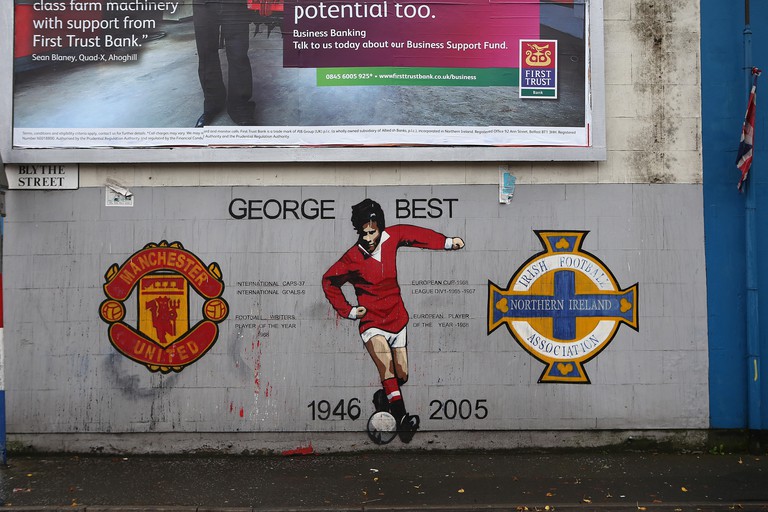 Even those of us who are political animals are sometimes glad to celebrate the unifying effects of sports. This mural of George Best, the sublime footballer, beloved by all Irish and, of course, Manchester United fans everywhere, is a reminder of how culture can bring us together. Blythe Street is in the Sandy Row area of south Belfast, a short walk from the Ulster Museum.

The end of a block on High Street is home to an arresting portrait known as the Lobster Pot by Australian artist Smug. The shading and texture of the work don’t seem possible on a drab wall but highlights the skill of the artists that practice in urban Belfast. It’s a short walk from the Cathedral Quarter and one of our favourites. 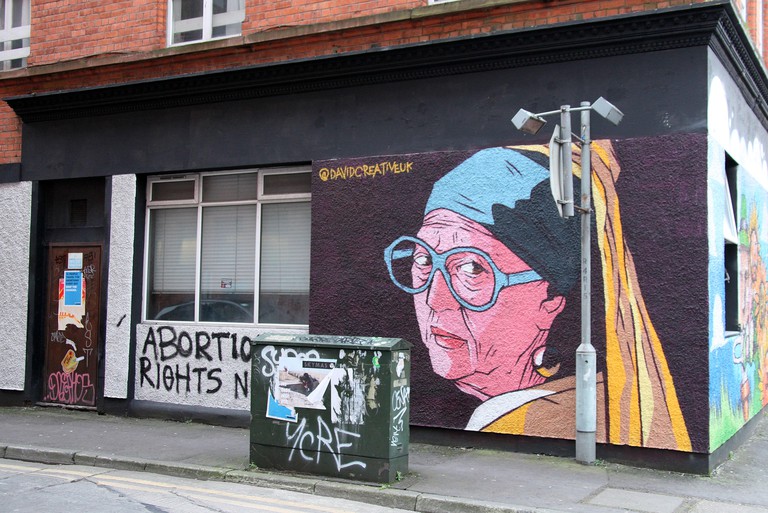 Further bending the boundaries of what is possible for street art, Kent Street is testament to the fast-paced evolution of the mural scene in Belfast. Near the Belfast Central Library, this stretch of urban canvas offers a vibrant range of styles. South East by EMIC is a highlight, as is the Golden Lion Monkey by Louis Masai and works by Le Bos and Andy Council.