Orlock Point Aurora | © Philip McErlean/ Flickr
Forget about rose petals and fireworks—it’s 2017 and less is the new more. Why not surround your loved one with the most beautiful natural destinations in Northern Ireland, from beaches to mountains to coastal walkways and more. There’s so much choice in this small region and it’s never been so easy to make a proposal a memorable experience.

This hidden pathway, which is tucked away in Northern Ireland’s largest mountain range, the Mournes, is a water reservoir set up for the local county and has some of the most spectacular 360-degree views in all of Ireland. The depth of beauty—from the wooden pathway to the mountain pass in the distance—makes this a romantic getaway that you will remember for a lifetime. 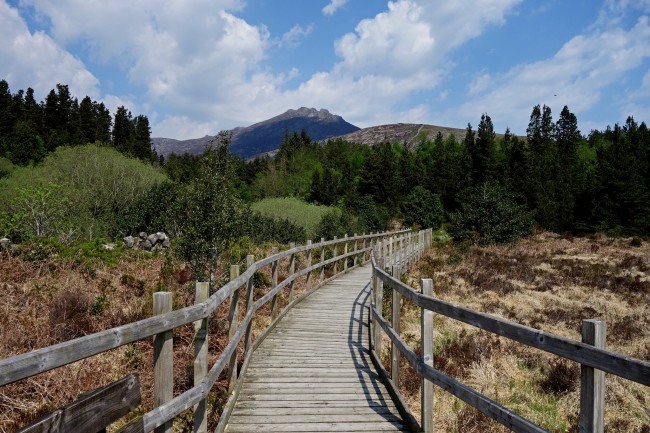 While the Antrim Plateau spans most of County Antrim and west into Londonderry, there are a number of highlights within the area that make a great proposal destination. The limestone cliffs are a beautiful sight to admire from the countryside, and the basalt rocks covering the plateau are a natural phenomenon, deriving from volcanic fissures more than 600 million years ago! It’s secluded, unusual, and strangely romantic. There are many points of this landscape to choose from, including the Black and White cliffs at Galboly. 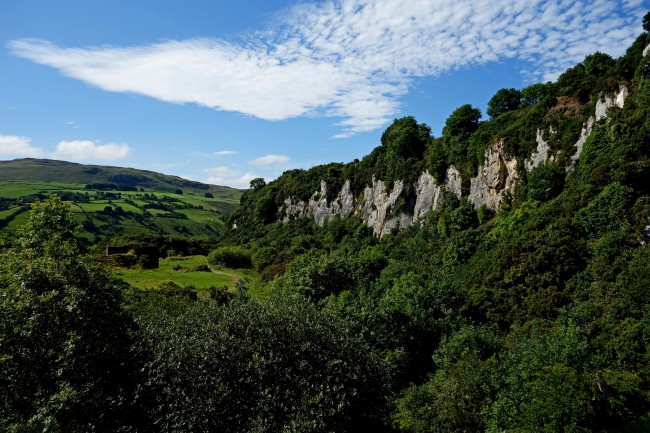 The River Lagan runs for 50 miles throughout Northern Ireland, but there are some memorable stops along its course. Shaw’s bridge is one of these remarkable spots. Surrounded by natural forest, it’s one of Ireland’s most photographed locations because it reflects the peace and serenity of the land in perfect harmony. 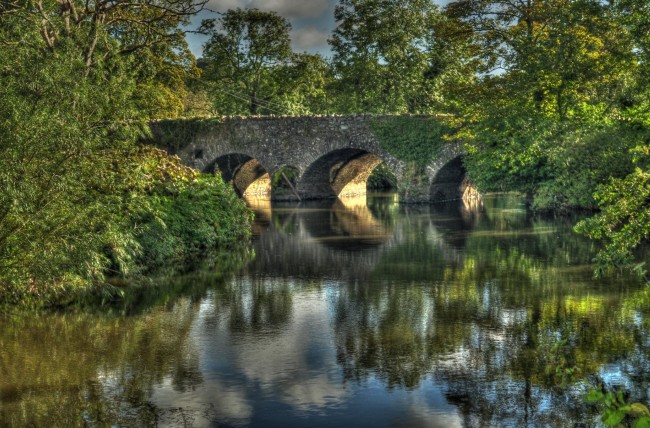 Once a site for HBO’s Game of Thrones cast and crew, this beach has always gained recognition for its blue flag beach status and Whiterock feature below. But beware, you might want to walk to the more secluded areas of this stretch—it can be one of the busiest destinations from June through September, filled with children and dogs alike. 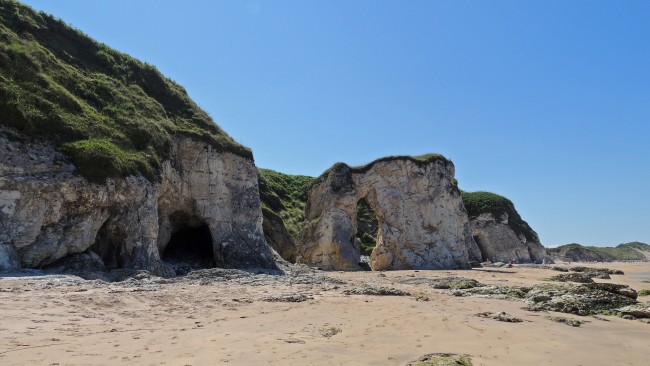 The small town of Ballintoy was recorded as housing just 160 people in the latest census (back in 2001) who are spoiled with views of Rathlin Island, the Causeway Coast, and Scotland in the near distance. The harbor was a traditional fishing port throughout the late 20th century and makes an idyllic location for proposals. Or, you can head inland to Ballintoy Church, a wonderful Mediterranean-style church perched atop the hills. 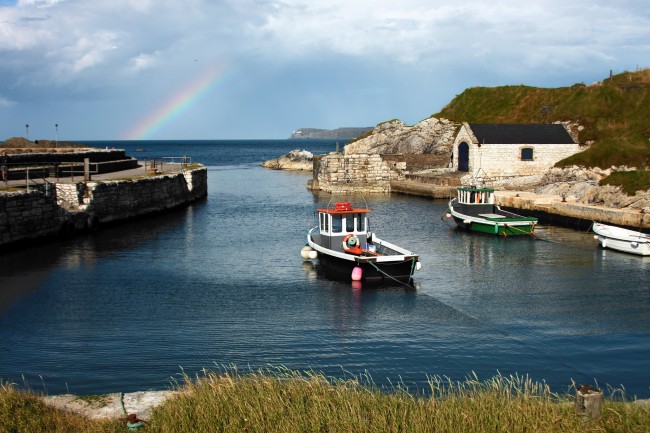 You don’t need to travel to Iceland to gaze at the Aurora Borealis, the colorful Northern Lights, which are caused by the magnetic poles at either of the earth’s hemispheres. At certain times of the year, in specific locations in both Northern Ireland and Ireland, the lights are visible in the dark hours.

You can find a guide to the Northern Lights and locations of visibility for the Aurora Borealis here. 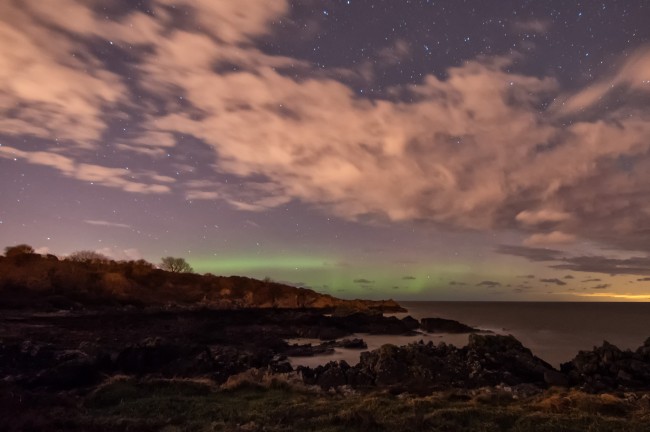 Some folks enjoy the city life, and it doesn’t have to lack the romance of the countryside. Belfast city has beautiful areas which are open-spaced, situated by the peer, and make lovely proposal locations. Albert Bridge, which stretches over the River Lagan, is located just under Hope, the female hoop-holding statue, and will give you a view of the docklands and Titanic Quarter across the water. 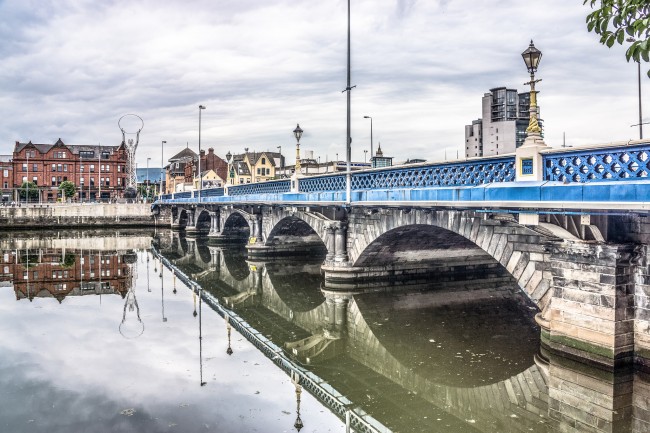 This lesser-known beach along the Causeway Coast is our final recommended spot to make a gesture of love. Portballintrae, which literally translates to ‘port of the beach settlement’ from its Irish Gaelic spelling, is a small fishing village with a magnificent beach shaped like a horseshoe—giving the nickname, the Causeway Loop. When the surfers aren’t out this location is perfectly formed to give you a circular view of the beach and harbor, giving it special recognition and beauty.

You can find out more about the Causeway Loop trail here. 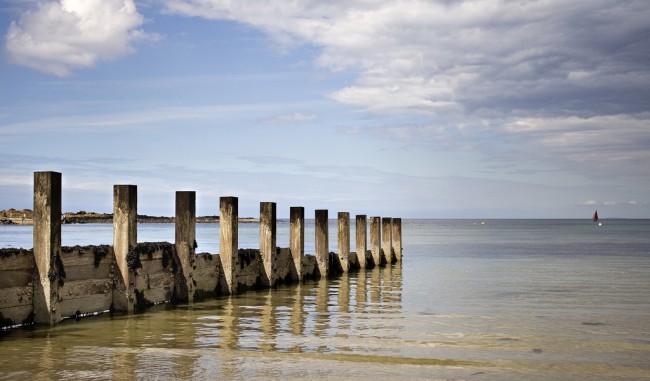