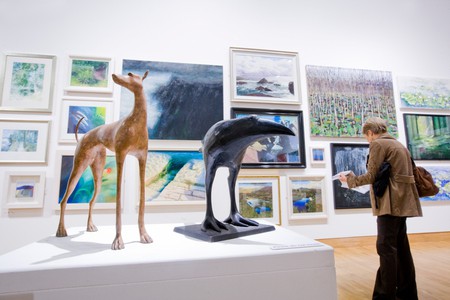 Northern Ireland’s cultural presence has done nothing but grow in recent years, with artists and galleries springing up all over the country. Belfast is not only the cultural capital of Northern Ireland, but is fast becoming one of the artistic capitals of both Britain and Ireland. A few galleries outside of Belfast have snuck onto the list, which is testament to the spread of culture throughout the country. 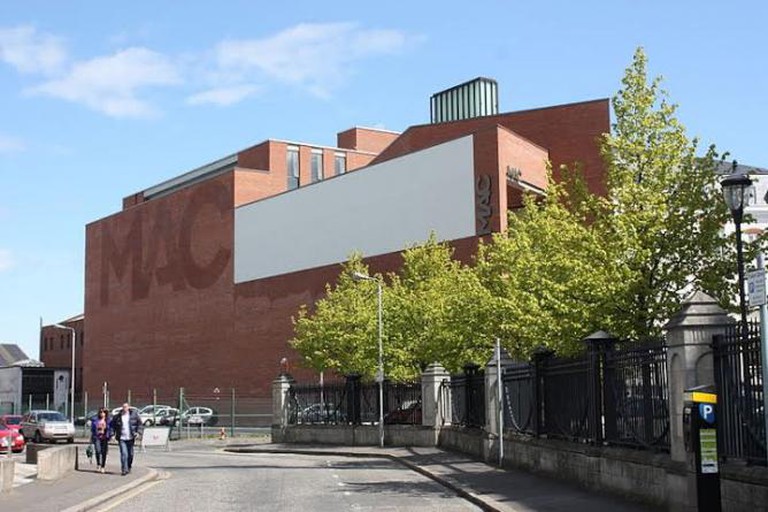 © The Mac Live
Belfast’s Metropolitan Arts Centre, The MAC, opened in 2012 and has fast become one of Northern Ireland’s foremost arts venues. It’s a veritable complex of culture, with its six stories housing three art galleries, two theatres, and several studio spaces. Its excellence extends to the architecture, too. The building was an entry for the International Open Design Competition, and Belfast-based architectural practice Hall McKnight won the commission. Admission is free, and the space is open seven days a week, so there’s no reason not to go.
Open In Google Maps
10 Exchange Street, West, Belfast, Northern Ireland, BT1 2NJ, United Kingdom
+442890235053
Visit Website
Give us feedback

The CCA, or the Centre for Contemporary Art, developed out of the earlier Context Gallery in the Playhouse. CCA’s current space opened in 2012, and since then, it has been exhibiting work from Northern Ireland’s finest emerging talents and collaborating with international artistic endeavours. The CCA is also a member of Plus Tate, a network of institutions affiliated with the Tate galleries.

In 2003, a group of local artists formed DADA, Derry’s Artists for Derry’s Art. They set out to create a space dedicated to Irish and international art, and in 2005 opened Void, their first gallery space, in the basement of the Old City Shirt Factory. After 10 years, the gallery space expanded into the first floor as well, where it has continued to showcase the best work from the best artists, showing as many as five exhibitions a year. 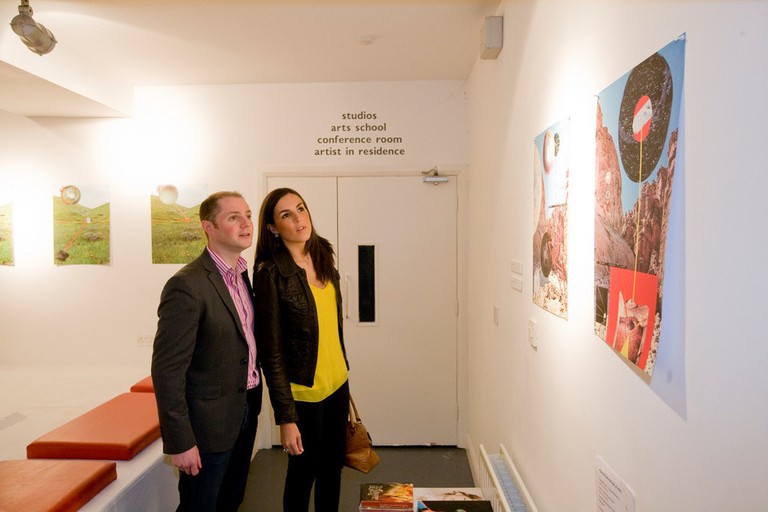 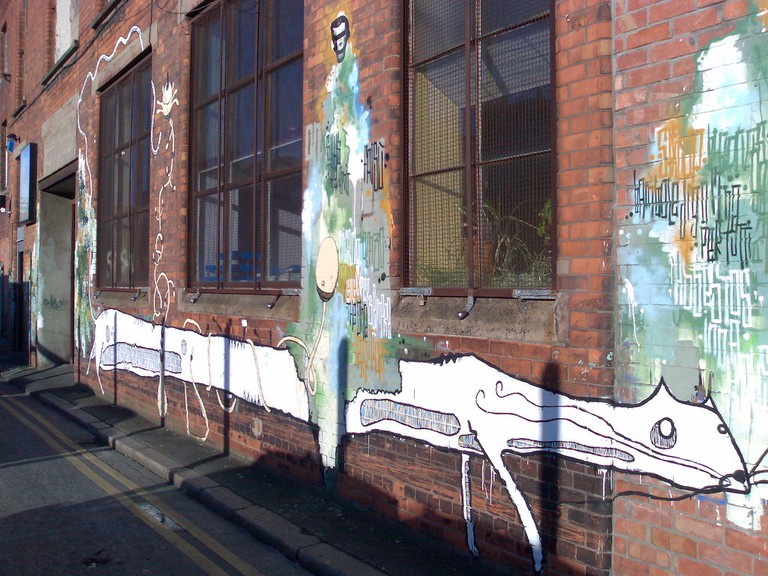 Catalyst facade
Catalyst Arts was founded in 1993, and has worn a lot of hats since then. Artists have transformed the space into a cinema, a dining hall, and even an agnostic chapel. Catalyst’s constitution dictates that it be staffed by volunteers, and its directors are also volunteers. Catalyst challenges the normally hierarchical gallery structure and directorships last no longer than two years, to ensure that the gallery’s content never grows stale.
Open In Google Maps
5 College Court, Belfast, Northern Ireland, BT1 6BS, United Kingdom
+442890313303
Visit Website
Give us feedback

Belfast Exposed is one of the spaces in Belfast that’s entirely dedicated to photography, as well as being Northern Ireland’s oldest photographic gallery. Founded by photographers, for photographers in 1983, the gallery has often focused on the political situation in Northern Ireland. Belfast Exposed comprises two gallery spaces and one bookshop, as well as an archive of over half a million pictures. Their Exchange Gallery consists of 2,000 selected images which have been digitised and are available for browsing. 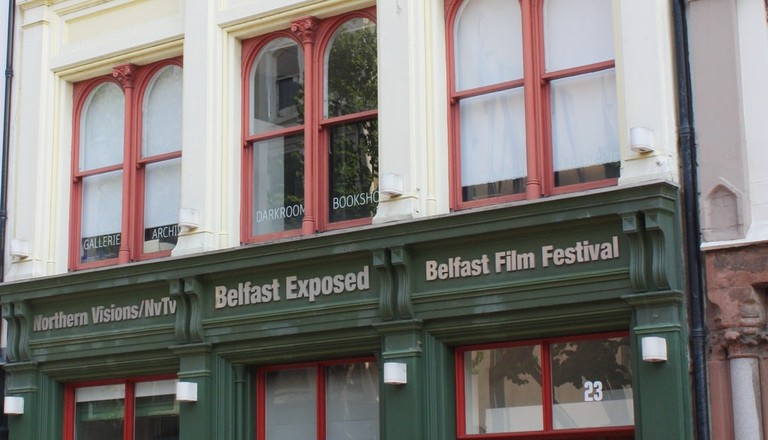 Like CCA, Golden Thread Gallery is a member of the Plus Tate network. Located in Belfast’s city centre, the gallery is an open and welcoming space as well as being one of the largest arts venues in Northern Ireland. It hosts six exhibitions in its main gallery space and 12 smaller exhibitions in its project space. As well as local artists, Golden Thread Gallery have hosted works by international names, including Tracey Emin. 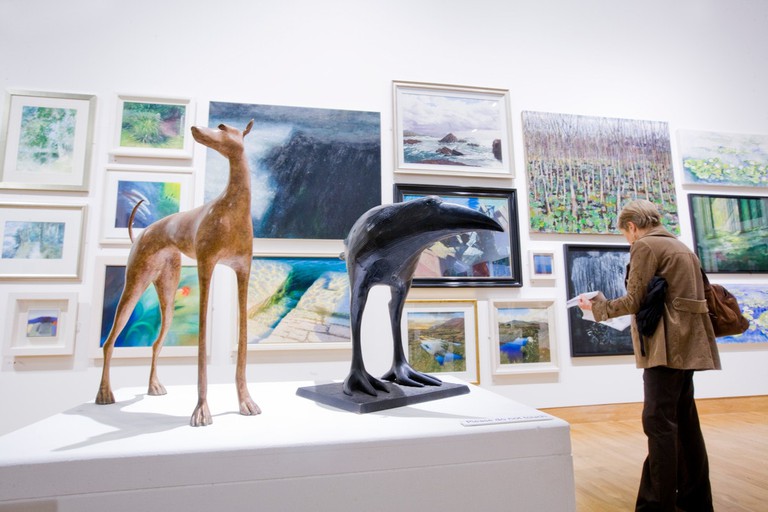 RUA event at Ulster Museum | © Courtesy of Tourism NI
The Ulster Museum is undoubtedly the finest museum in Northern Ireland, but it’s also one of the country’s finest gallery spaces. Passing through the levels of the museum dealing with history, visitors find themselves on the topmost floor, which is dedicated to art. There are permanent exhibitions focusing on sculpture and the work of Sir John Lavery, but the museum also hosts a rotating cast of exhibitions. You could easily spend an entire day in the Ulster Museum, even if you only visited the gallery floor.
Open In Google Maps
Botanic Gardens, Belfast, Northern Ireland, BT9 5AB, United Kingdom
+442890440000
Visit Website
Give us feedback

Art Gallery, Library, Building
Facebook
Email
Twitter
Pinterest
Copy link
Share
Map View
Located in Belfast’s Linen District, just a few steps from City Hall, the building which now houses James Wray & Co was formerly a linen warehouse. The interior of the gallery is a work of art in and of itself, and it seems as though as much effort went into the interior design as went into curating the gallery’s collection. In one of the finest private collections on the island, 18th-century pieces sit beside hardline abstractionism, with the curators proudly declaring that good taste is the common denominator.
Open In Google Maps
14 James Street South, Belfast, Northern Ireland, BT2 7GA, United Kingdom
+442890313013
Visit Website
Give us feedback 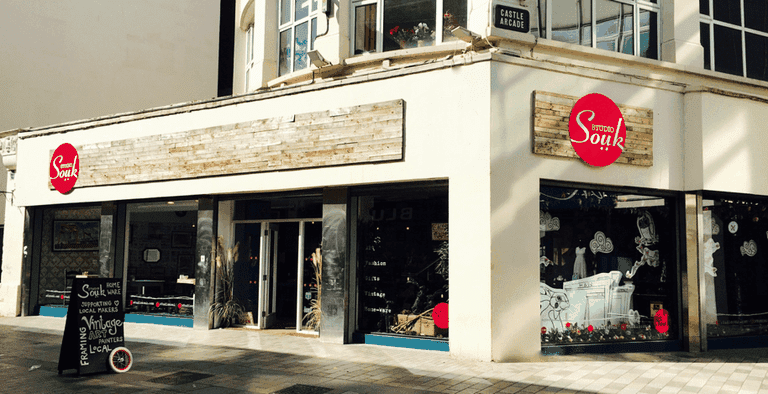 Studio Souk, Belfast | © Jasmine McCrory
Studio Souk is different from the other spaces on this list because it’s not really a “fine art” establishment. Some might argue that it’s not a gallery at all. The ground floor of the space is a café and crafts store, but this article is more concerned with the upper floor. Upstairs from the café, Studio Souk is comprised of several individual studio spaces which house artists in residence. Although it’s not a gallery in the traditional sense, Studio Souk is an ever-changing exhibition of local art, and the fact you can take the pieces home is an unexpected bonus.
Open In Google Maps
60, 62 Ann Street, Belfast, Northern Ireland, BT1 4EG, United Kingdom
+442890230475
Visit Website
Give us feedback
Give us feedback