Inside the Europa, the Most Notorious Hotel in Europe 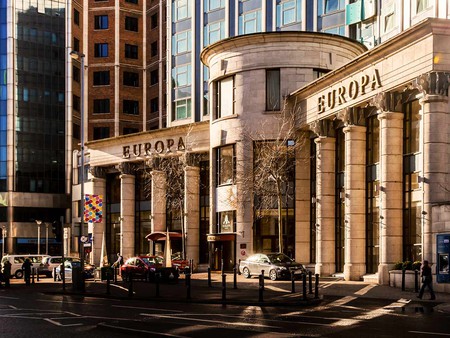 Visitors to Belfast’s Europa Hotel might be impressed by its rooms, food and service, but anyone who knows about the hotel’s turbulent history might just be impressed with the fact it’s still standing.

The Europa Hotel opened in 1971 with the aim of positioning itself as one of Belfast’s premier destinations, but it also quickly gained a reputation as ‘Europe’s most bombed hotel’. Between 1970 and 1994, the hotel was hit by no fewer than 33 IRA bomb attacks. Paying attention to the dates – one of these attacks occurred before the hotel even opened to the public. 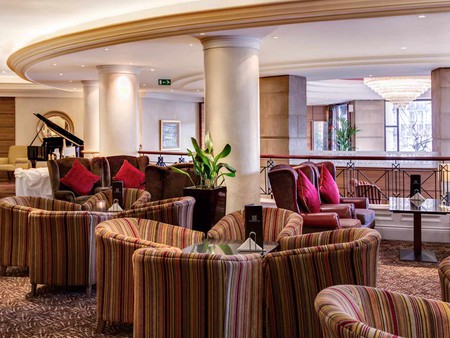 The lobby at the Europa | Image courtesy of The Europa Hotel

During the Troubles, the hotel acted as a sort of home base for foreign journalists. This, coupled with the hotel’s central location and visibility, made it the perfect target for bombings, and press coverage was guaranteed. The hotel was bombed so often that it gained the nickname ‘The Hardboard Hotel’, named for the hardboard coverings over the shattered windows. Despite all the attacks, the hotel has only actually closed its doors to the public twice, and no one died in any of the bombings. 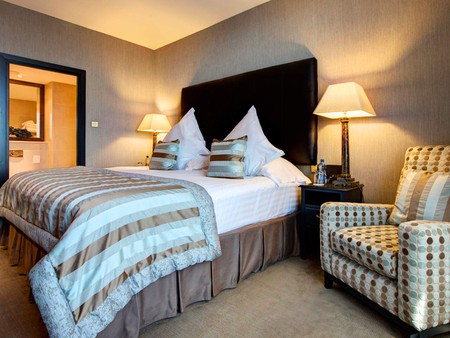 After one of the worst attacks, in 1993, bar patrons could apparently look through a hole in the wall and see the stage of the Grand Opera House next door. The hotel was so damaged that it had to be sold to the Hastings Group for an undervalued price of ‘only’ £4.4 million. Hastings pumped a further £8 million into a refurbishment effort, and the hotel reopened in 1994.

President Bill Clinton stayed at the hotel during both of his visits to Belfast. In 1995, he and his entourage booked 110 of the hotel’s 272 rooms. The suite in which the Clintons stayed was later renamed The Clinton Suite, but in 2009 Hillary came under some criticism when she stated that the hotel had been bombed during her 1995 stay (it hadn’t). 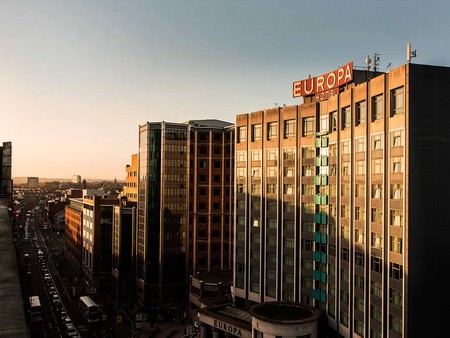 The Europa in the sunset | Image courtesy of the Europa Hotel

Today, the four-star hotel is central, modern, distinctive – and perfectly safe. Rooms are plush and comfortable, and the Piano Bar provides views of the historic Crown Bar across the street. A recent refurbishment effort has added seven new floors to the back wing of the building, so it’s clear that the hotel isn’t going to fall into disrepair any time soon. If with the number of guests coming in and out of the hotel is any indication, The Europa is going to stay open and bustling for the foreseeable future.