How To Spend 48 Hours on the Causeway Coast 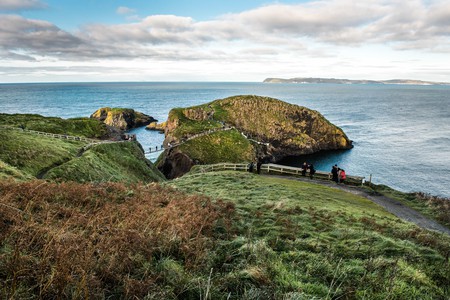 Northern Ireland has everything for the perfect getaway, from Belfast’s vibrant culture to the Causeway Coast, seaside towns and stunning landscapes. You can now fly to Belfast from Great Britain with easyJet from £29.99 one way per person, based on two flying*. So grab your camera and embark on one of the world’s greatest road trips.

Just 18 kilometres (11 miles) north of Belfast, on the northern shore of Belfast Lough, stands the 800-year-old Carrickfergus Castle. It’s an Anglo-Norman castle that was besieged by the Scots, English, Irish and French at various points in its history. 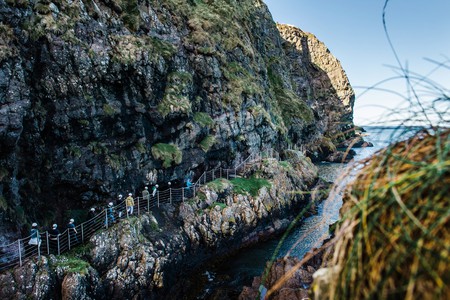 Continuing north of Carrickfergus, along the coastal road, follow the signs for the Gobbins Cliff Path. This spectacular coastal path is a challenging trek that affords some incredible views of the Causeway Coast.

The path hugs the sheer cliff face tightly, leading walkers through tunnels and over bridges, surrounded by native seabirds and marine life that call the North Channel home. A good level of fitness is required for the two-and-a-half-hour guided walking tour and booking ahead is essential. 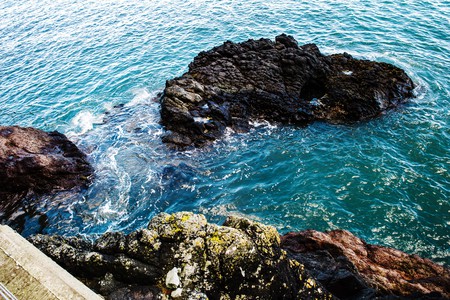 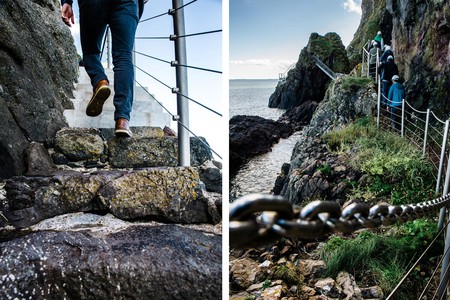 Providing views across the Irish Sea to the Scottish coastline, the road continues north for 32 kilometres (20 miles) before reaching Glenarm Castle, the ancestral home of the earls of Antrim. The Castle is occasionally open to the public, while the Walled Gardens are open in high season. 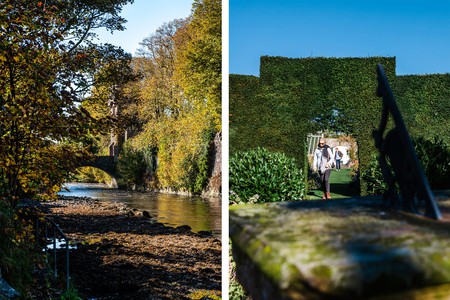 Originally planted in the 18th century, it’s Northern Ireland’s oldest walled gardens and houses an impressive collection of fruits, vegetables and flowers that flourish in the seaside environment. 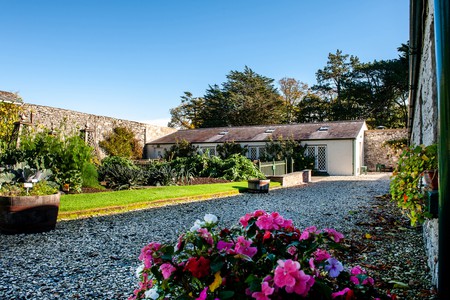 The coastal road continues to wind northwards to Cushendun village. Here visitors find themselves stepping back in time, inevitably succumbing to the village’s charms. 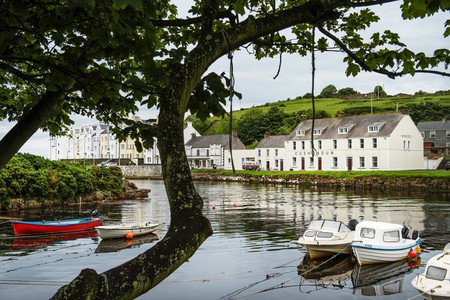 The beautiful beach and harbour make for an excellent picnic stop, while nearby Cregagh Wood and the Cushendun Caves (a Game of Thrones favourite) are well worth checking out.

Staying on the coastal road to Ballycastle via Torr Head isn’t for the faint-hearted – the road has narrow passing points and sharp bends – but the views are stunning on a clear day. 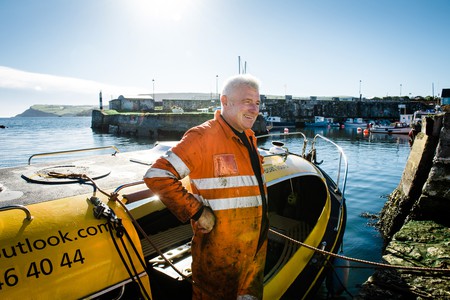 From Ballycastle harbour, a 25-minute pedestrian-only ferry crossing takes visitors to Rathlin, the only inhabited offshore island in Northern Ireland.

Just six miles long and with a population of around 140, Rathlin Island has plenty to offer for such a small island.

It’s home to seals basking on the rocks at Mill Bay and puffins that live here between April and June. Stay for a tour of the lighthouse, sea bird centre and browse locally produced crafts. ‘Breakwater Studio’ features the work of local artist Yvonne Braithwaite.

Enjoy the island’s pub and restaurant which provide an opportunity to rest weary feet and to enjoy the local craic. 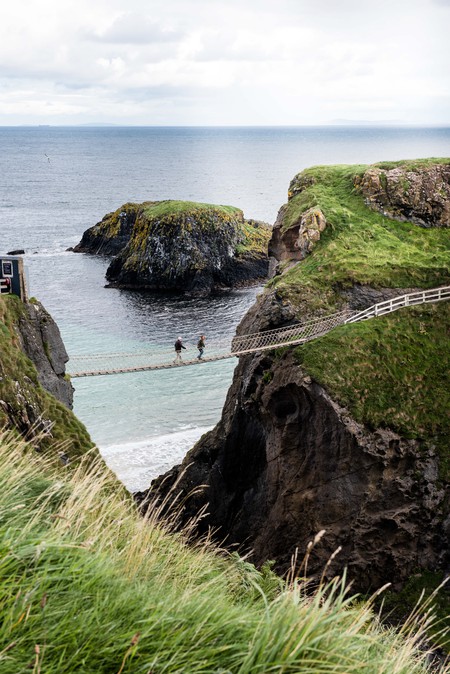 Back on the mainland once more, you can exercise your inner Indiana Jones at the Carrick-a-Rede Rope Bridge just outside Ballintoy. As the bridge is suspended 30 metres (98 feet) above the rocks below, a head for heights is definitely required.

The bridge spans 20 metres (66 feet), connecting the mainland to the tiny island of Carrick-a-Rede. Salmon fishermen constructed the first version of the bridge in 1755.

Today’s more modern bridge attracts visitors in droves thanks to the amazing views of Rathlin Island and Scotland, but you can avoid the crowds by visiting in autumn and winter. 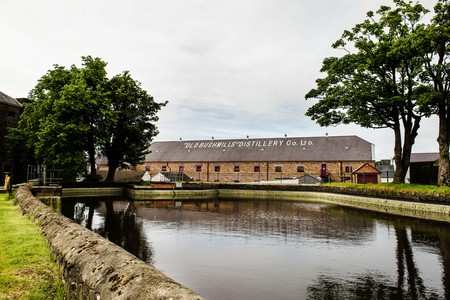 The final stop for the day is at Bushmills Distillery before bedding down for the night at Bushmills Inn, a four-star boutique hotel and restaurant that serves locally caught seafood and holds traditional Irish music sessions.

The distillery tour, which is highly recommended, finishes with a tasting tray of handcrafted small-batch whiskeys.

Now that you’re well rested, it’s time to pull on your walking shoes again for a morning trip to the Giant’s Causeway, Northern Ireland’s UNESCO Heritage site, which should be at the top of any traveller’s bucket list. 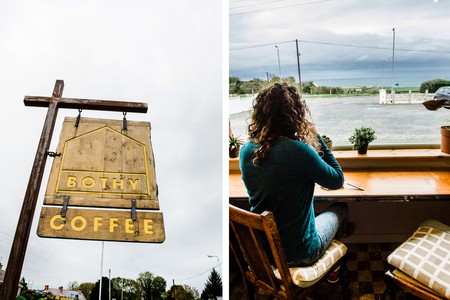 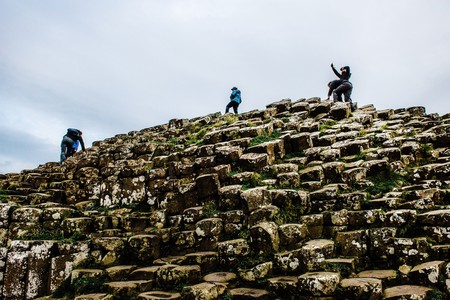 Over 40,000 basalt stone columns make up this awe-inspiring geological wonder that geologists wager is a result of volcanic eruptions over 60 million years ago.

But locals know that the mysterious hexagonal columns were formed after a stone-throwing fight between Irish giant Finn McCool and Scottish giant Benandonner… won by Finn, of course. 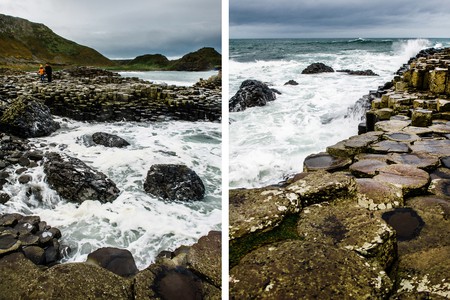 A 10-minute drive northwest of Bushmills will take you to Dunluce Castle, a Medieval citadel perched high on a clifftop. Without a roof and with decaying walls, it is still an imposing monument that dates back to the 1500s.

Because of the rough terrain around the building, access is limited, but even when viewed from a distance, it’s easy to see why it’s said to have inspired CS Lewis when he was creating the mythical world of Narnia. 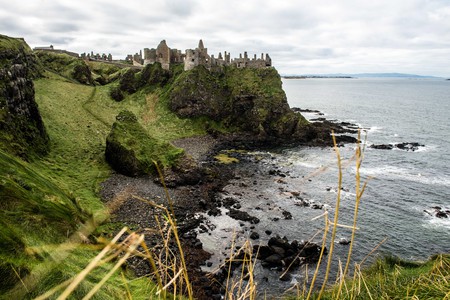 The limestone cliffs of Whiterocks stretch from Dunluce Castle round to Curran Strand, hiding a labyrinth of arches and caves that have been carved into the cliff face by centuries of seawater buffering them in all seasons. 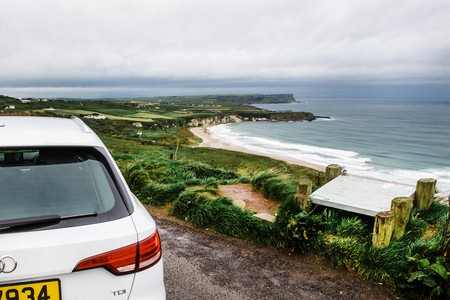 Pull in and head down to Whiterocks Beach and its golden sands to see if you can spot Elephant Rock, the Wishing Arch or the Lion’s Paw on the headland. The beach was awarded a prestigious Blue Flag again in 2015 and is a popular haunt for both walkers and surfers. 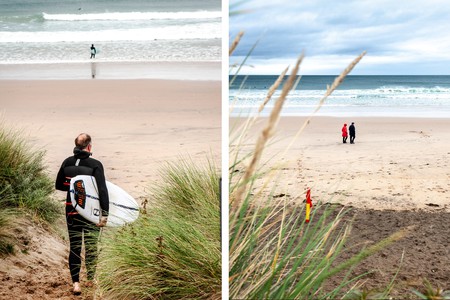 Four miles further on lies the seaside resort of Portstewart. Bustling with tourists during the summer months, it’s still a popular destination for day trippers out of season thanks to Morelli’s ice-cream parlour (established in 1911) and Portstewart Strand, two miles of golden beach and sand dunes.

The Strand is owned and managed by the National Trust, so non-members will have to pay a small fee to drive down onto the beach. 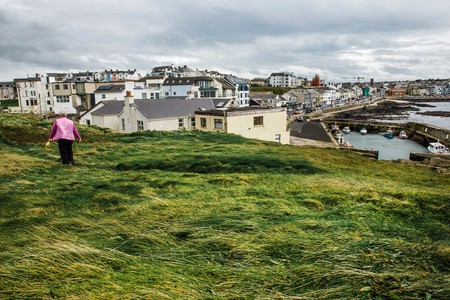 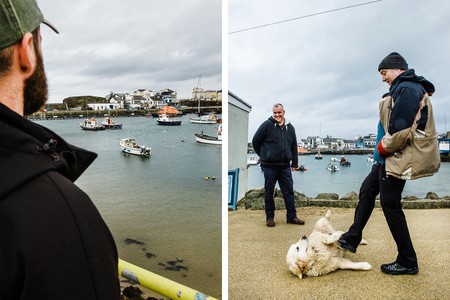 After a brisk walk to clear the cobwebs, head to Harry’s Shack at the entrance to the Strand for some of the best fish and chips Northern Ireland has to offer.

At this point in the road trip, you have to head inland to Coleraine before heading back out to the coast to visit Mussenden Temple and Downhill Demesne. 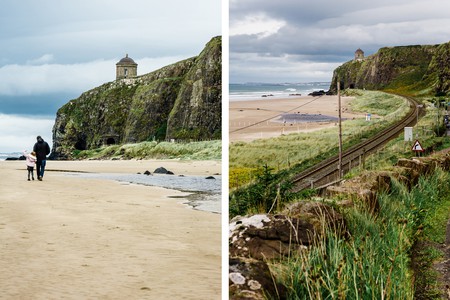 Mussenden Temple was originally built as a summer library in the late 1700s by the Earl Bishop and perches 37 metres (120 feet) above the Atlantic Ocean, on the edge of a cliff.

Thankfully, in 1997, the National Trust carried out extensive cliff stabilisation work to ensure that the temple would never be lost to the sea due to erosion. It’s a stunning location offering spectacular views of the dramatic coastline to the east and west. 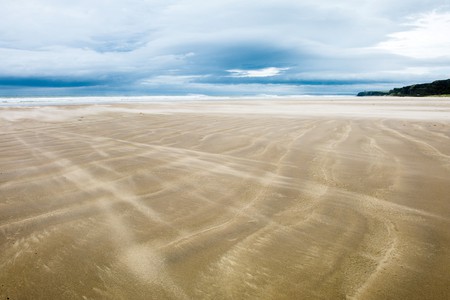 A short five-minute drive westward takes you to Benone Beach which stretches for 11 kilometres (7 miles) from Downhill to Magilligan Point. Though this part of the world is spoilt for choice when it comes to beautiful beaches, Benone is renowned for being one of the finest. Stop at Sea Shed Coffee and Surf for a warming cup of joe or hot chocolate and take in the breathtaking views. 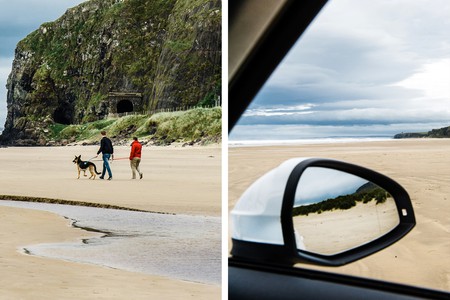 In high season there’s a resident lifeguard on duty as it’s a popular spot for swimming, jet-skiing, surfing, kayaking and fishing.

The final stop on the coastal road tour is Derry/Londonderry. It’s Northern Ireland’s second-largest city after Belfast and the only completely walled city on the island of Ireland. Visitors can walk the walls by themselves or take a guided tour. 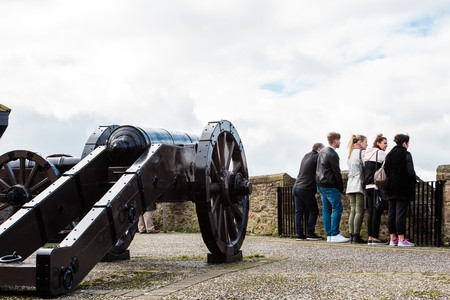 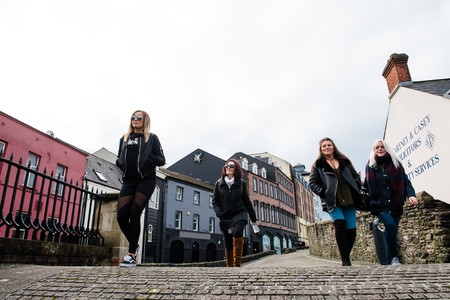 The walls stretch for 0.9 miles (1.5 kilometres) and vary in thickness between 3.7 metres and 10.7 metres (12 to 35 feet). In addition, they house Europe’s largest collection of cannons including the famous Roaring Meg (perched in the Double Bastion). If you’ve worked up a thirst again, a parting glass of the black stuff at Peadar O’Donnell’s Bar will draw your road trip to a satisfying close.