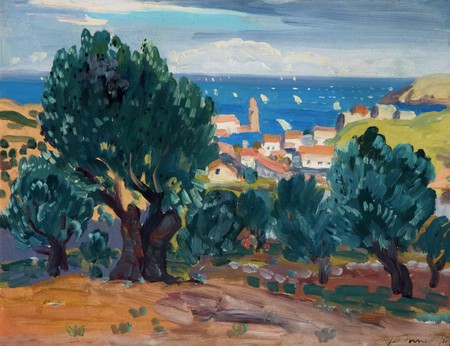 Northern Ireland’s Ulster Museum showcases over 11,000 works of art within its walls, ranging from religious pieces to Dutch landscapes to 20th-century contemporary art, as well as special collections on Art of the Troubles and sculptures. Take a look at the Ulster Museum’s collection in 10 of the most impressive pieces on display right now.

Salomon van Ruysdael created this canvas oil painting of a Dutch river scene at dusk in the 17th century. Haarlem natives situated outside Amsterdam, he and his nephew Jacob followed a Haarlem tradition of landscape and naturalistic form in their work. Van Ruysdael eventually broke away and turned to architectural paintings, becoming one of the foremost cityscape painters in Amsterdam. 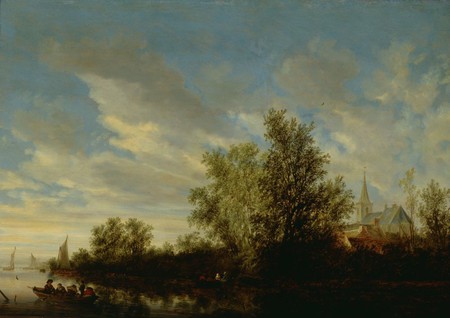 Allegory of Fortune by Lorenzo Lippi

Little is known about this painting by Lorenzo Lippi, part of a series that includes An Allegory of Innocence and An Allegory of Simulation, all painted sometime in the 17th century. Lippi is a Florentine poet and painter, famous for his recreation of Madonna and Child with young St John the Baptist and Crucifixion. He adopted the Baroque movement, which used dramatic motion and precise detail in the face. 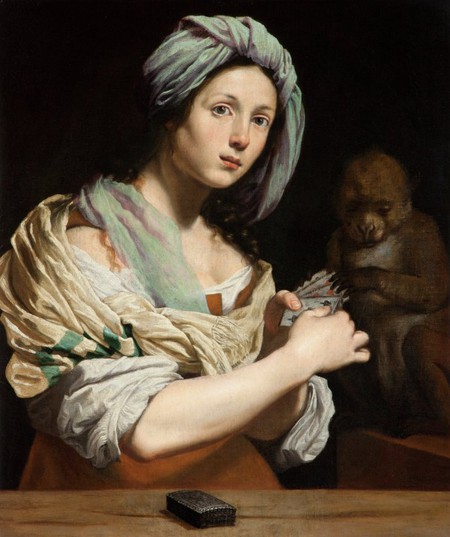 Head of a Woman by Mainie Jellett

Mainie Jellett is the Irish master of Abstract art. She began her studies in the Metropolitan School of Art, Dublin, before travelling to Paris, where she was first introduced to the Cubism. She returned to Ireland in 1921, where she became the first Irish painter to explore Cubism and became a leading Modernist figure. Head of a Woman joins her many works that celebrate the female body. 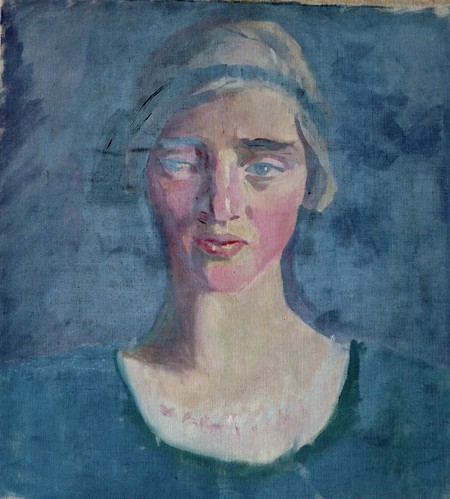 Famously mimicking the work of Caravaggio in light and drama, Jordaens’ masterpiece depicts a passerby gazing with admiration into the face of Saint Christopher, a Greek mythological figure and religious deity who is believed to have carried Christ as a child. The painting was bought by the museum in 1966 and is believed to be it’s most famous artwork on display. 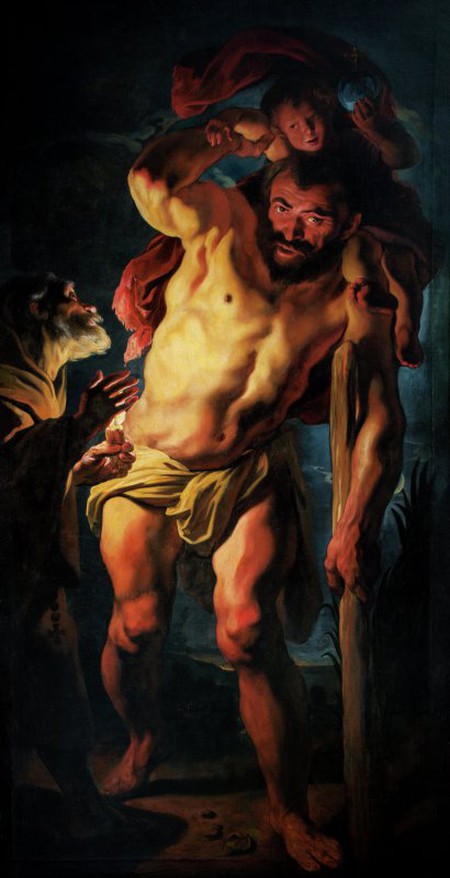 A View of the Palace of the Dukes of Brabant, Brussels by Jan van der Heyden (poss. 1660s)

This oil painting pictures the beautiful Palace of the Dukes of Brabant, a government residence in Brussels that was infamously destroyed by a fire in 1731. Van der Heyden was a leading cityscape and architectural painter of the Dutch Golden Age, painting with realistic tones and colors characteristic of the Dutch Baroque tradition. 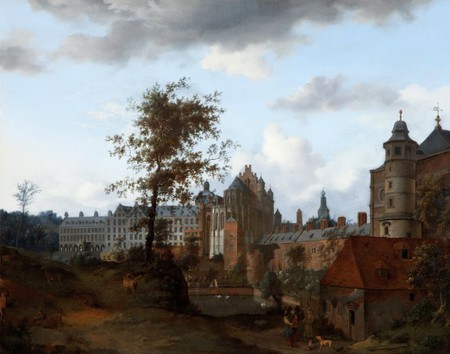 Village in Italy by Christopher Wood (1925)

Christopher “Kit” Wood was a leading artist in Post-Impressionism throughout the early 20th century – and a companion of Picasso‘s. Wood’s work was often influenced by abstract forms, patterns, and colors from around the world, like Village in Italy below. Enigmatic in his personal life, Wood eventually committed suicide at the age of 29 in 1930, leaving behind a wealth of modernist paintings. 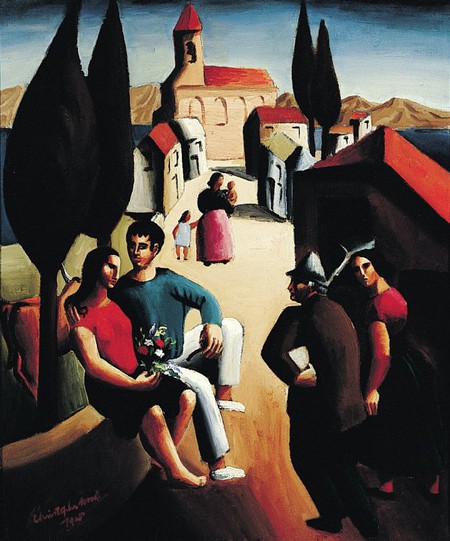 James Dickson Innes started his artistic career in Carmarthen School of Art in Wales. His paintings are inspired by the shores of Spain and Morocco, where he explored a British-French hybrid of Impressionism before he died at age 27 from tuberculosis.

Leading Irish Post-Impressionist Roderic O’Conor spent most of his time in France, where he developed his modernist style at the fin de siècle. Most of his art recreates the beautiful French coast of Port Aven, with additional nude figure paintings and landscapes, including the famous Field of Corn. Combined with vibrant color and a modern French influence, his unique striped technique is his boldest characteristic. 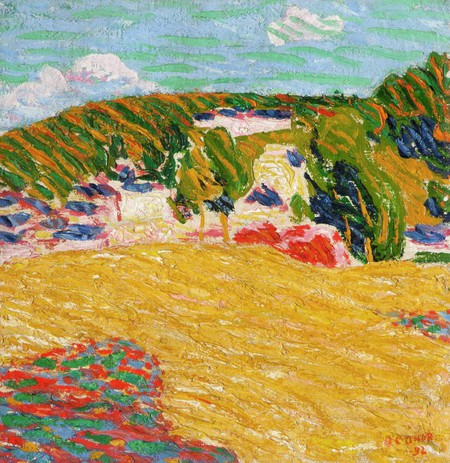 Henri Le Sidaner was a French Intimist who dedicated his work to physiological and mental expression at the turn of the 20th century. Le Gouter au Jardin is an example of his “everyday” theme, eliciting a deeper psychological impact in the picture. 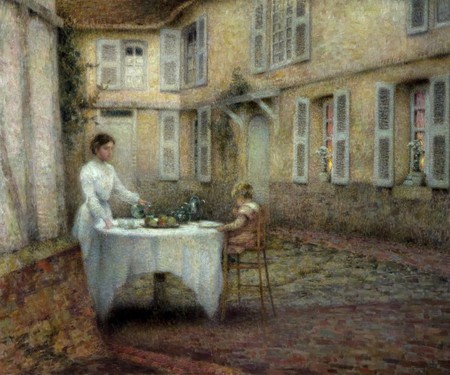 Under the Cherry Tree by Sir John Lavery (1884)

Lavery, a Belfast-born artist, produced beautiful landscapes influenced by Post-Impressionism and 17th century Spanish art. The Ulster Museum owns 34 artworks by Lavery, including Under the Cherry Tree below and a range of his coastal and wartime scenes, influenced by his world travels and the works of American artist James Abbott McNeill Whistler. 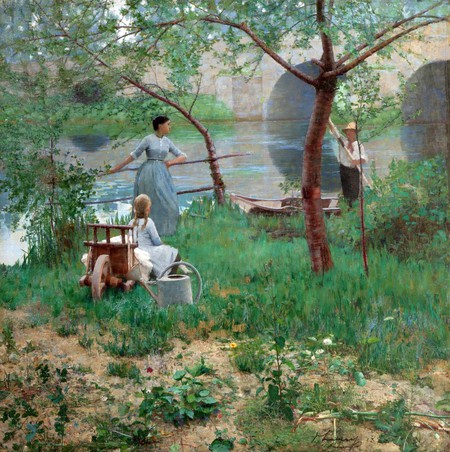