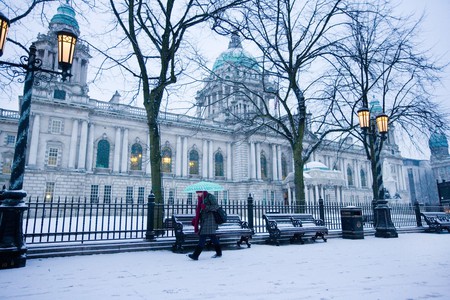 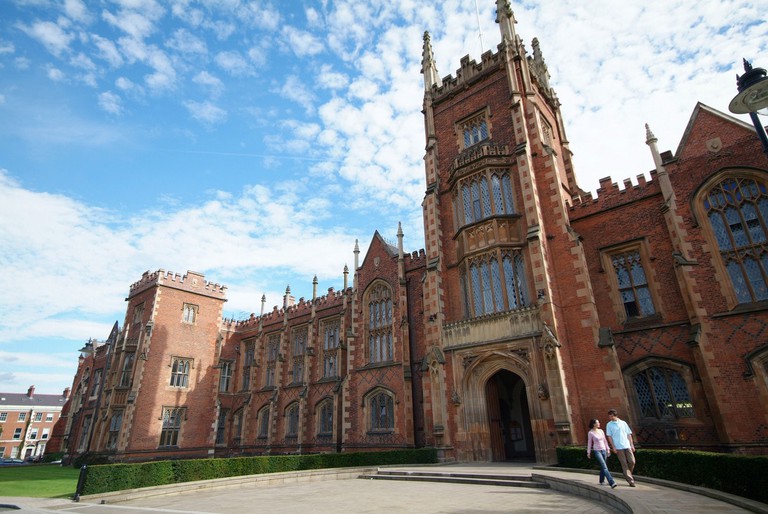 Queen's University Belfast | Courtesy of Tourism NI
One of the centres of the city, Queen’s University’s main building is the Lanyon Building, named after its architect Charles Lanyon, who designed so many buildings in Belfast that he could have a list of his own. Some people compare the structure to Hogwarts due to its towers and façade, and that’s not so far a stretch as you might think. Lanyon’s design borrowed features from medieval universities and Oxford’s Magdalen College in particular. QUB is the epicentre of city life for thousands of people and a crucial landmark for thousands more.
Open In Google Maps
University Road, Belfast, Northern Ireland, BT7 1NN, United Kingdom
+442890245133
Visit Website
Give us feedback

City Hall only just edges into this list, opening its doors in 1906, four years after Queen Victoria’s death. However, its building was a result of the Queen’s granting Belfast its city status, and construction of the hall began in 1888. The building features the Baroque Revival style, and it cost a monumental £369,000 to build. Adjusted for inflation, this works out to a whopping £128 million. It’s paid off, though, as City Hall is truly the centre of the city. 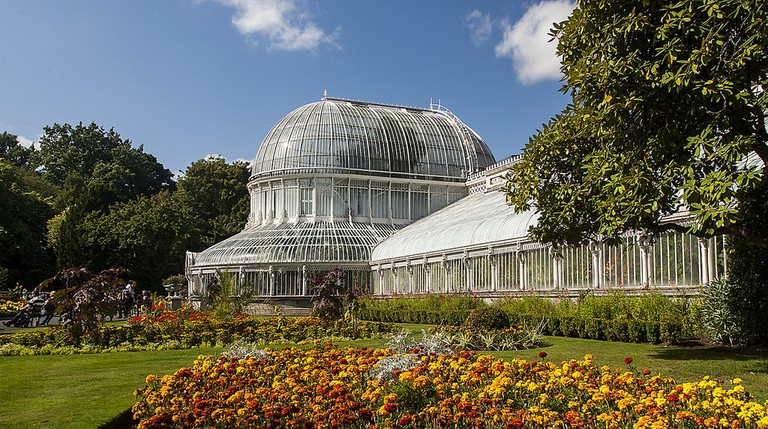 Botanic Gardens' Palm House | © Greg Clarke / Flickr
Another Lanyon work, the Palm House is a large glasshouse containing a great variety of tropical plants. Northern Ireland is not known for its good weather, and it is only through contemporary advances in glasshouse technology that these plants could be cultivated. There is also an accompanying Tropical Ravine, which is currently undergoing renovations and should reopen in early 2018.
Open In Google Maps
Botanic Avenue, Belfast, Northern Ireland, BT7 1LP, United Kingdom
+442890314762
Visit Website
Give us feedback

The Crown Liquor Saloon is notable for many things, including the fact it is the only pub owned by the National Trust. Although the pub had previously operated as The Railway Tavern, it was renovated and renamed in 1885. The bar features unique multicoloured tiles, stained glass, and decorative carved ceilings, which is distinctively uncommon for Belfast. Owner Felix O’Hanlon persuaded Italian craftsmen (who were working on churches around the city) to work on the renovations, leading to The Crown’s characteristic grandiosity. 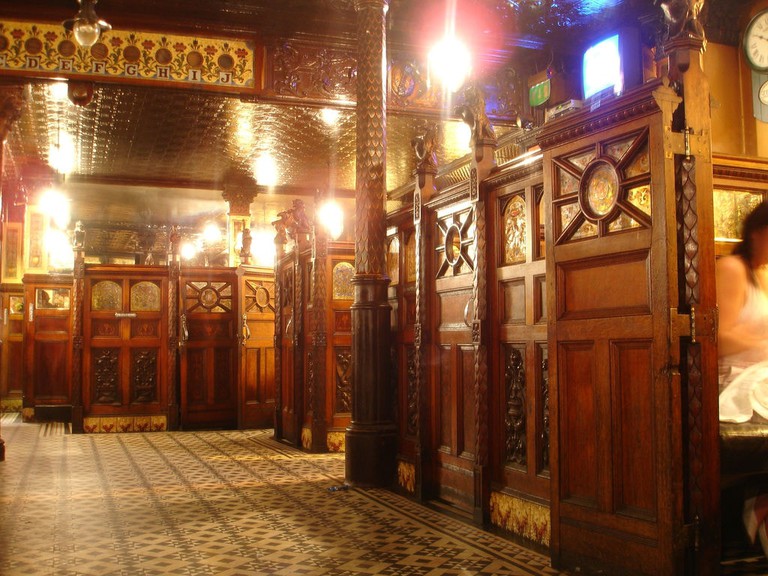 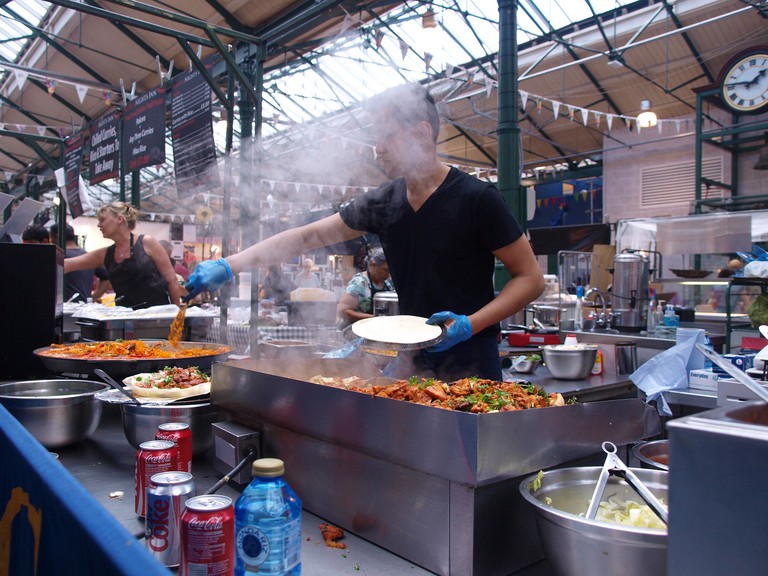 Sample delicious fare at St George's Market | © Tomislav Medak / Flickr
The present St George’s Market was built between 1890 and 1896, but there has been a market on the site since 1604. St George’s is now the oldest covered market in Belfast and has won multiple awards. After a 1997 refurbishment costing almost £5 million, the market is better than ever and is one of Belfast’s must-sees. It is open from 9 am to 3 pm every Friday, Saturday, and Sunday.
Open In Google Maps
12-20 East Bridge Street, Belfast , BT1 3NQ, United Kingdom
+442890435704
Give us feedback 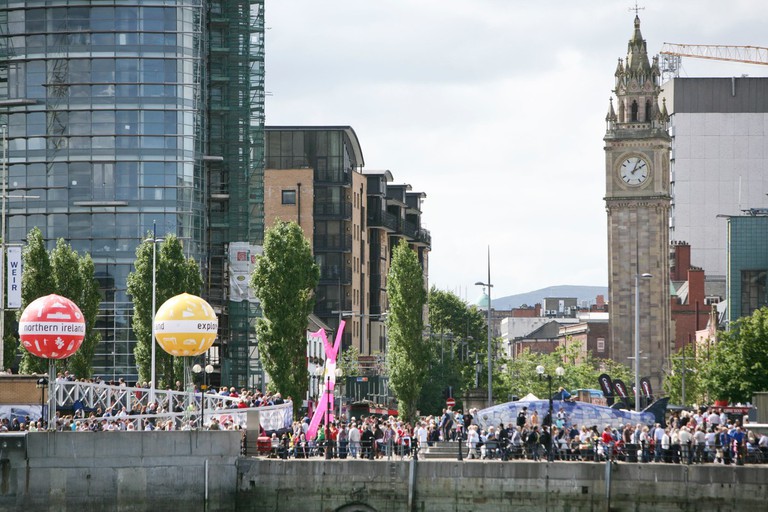 The Albert Clock during the Belfast Tall Ships
Built as a memorial to Queen Victoria’s husband, Prince Albert, the Albert Clock is a large sandstone clock tower near Belfast’s docks. As a result of its position near the River Farset, which flows under Belfast, the tower actually used to have a slight lean, although it’s in no danger of collapse following a renovation project completed in 2002. During this renovation, most of the carvings around the tower were replaced, and the statue of Prince Albert himself stands on a pedestal on the west side of the tower.
Open In Google Maps
17 Queens Square, Belfast, Northern Ireland, BT1 3FF, United Kingdom
Give us feedback 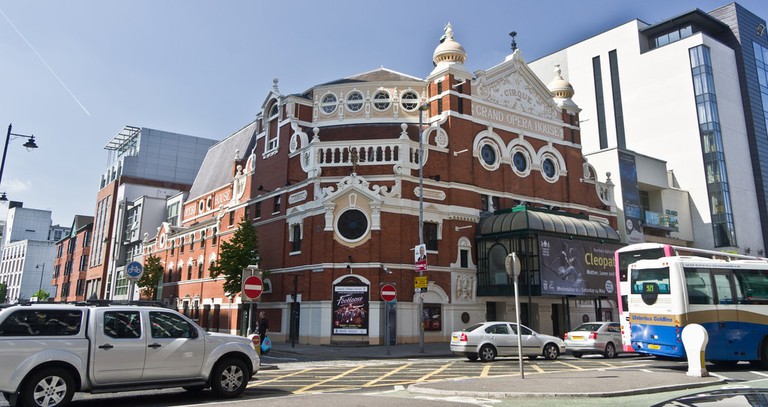 Grand Opera House | © William Murphy / Flickr
Frank Matcham was a late 19th-century architect who carved a niche for himself as a prolific designer of theatres. The Grand Opera House was one of his earlier works, and it is about as successful as a theatre could be. Despite several bombings and a century in operation, the Grand Opera House is still going strong. Whilst you can see the other buildings, and even enter many of them, this is one building that you can use as it was originally intended to be used.
Open In Google Maps
2-4 Great Victoria Street, Belfast, Northern Ireland, BT2 7HR, United Kingdom
+442890241919
Visit Website
Give us feedback
Give us feedback