The iconic Ulster Hall, locally called the ‘Grand Dame of Bedford Street’, has housed many famous faces, lyrics and instruments and featured readings by Charles Dickens and hit performances by Led Zeppelin. Since 1862, it has enriched Belfast’s cultural scene, and due to its lively atmosphere, it continues to be the venue of choice for many tourists and residents alike.

In 1862, Belfast unveiled the Ulster Hall as an all-purpose public venue, designed by William J. Barre and constructed in 1859. Between 1886 and the early 2000s, the Ulster Hall held historic political rallies from both Republican and Loyalist parties in Belfast. It was the venue for the Ulster Resistance launch in 1886, a paramilitary organisation and loyalist movement which opposed Home Rule in Ireland. Notably, Winston Churchill had arranged to speak at the venue in 1912, until he was barred from entry for supporting Irish Home Rule. Note: The partition of Ireland in 1921 situated the Ulster Hall in the newly declared Northern Ireland.

From Charles Dickens to James Joyce, the Ulster Hall has been witness to extraordinary readings from a spectrum of literary stars. Dickens, on his second visit to Belfast, read passages from A Christmas Carol in 1867, and again in 1869. 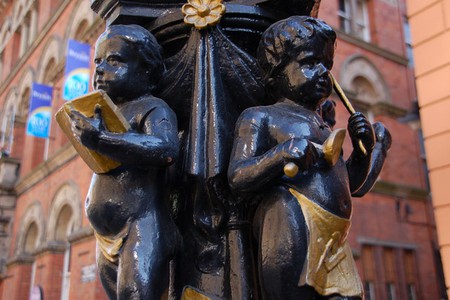 Since then, the venue has become iconic for its taste in music; Led Zeppelin first performed their single ‘Stairway to Heaven’ in the Ulster Hall in 1971. AC/DC, Pink Floyd, and a performance by the Rolling Stones in 1969 have also given this venue a reputation for rock throughout the 20th century. Today, it continues to host the best rock music in the city, despite being the smallest of the city’s major music venues, including the Waterfront and SSE Arena. 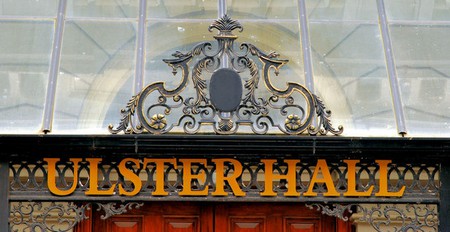 The building underwent a refurbishment beginning in 2007, following a council investment of £8.5 million, and reopened in 2009. The Ulster Hall remains a centre of culture and talent, hosting everything from Chinese New Year celebrations and rock concerts to boxing championships and one special lecture by the Dalai Lama in the year 2000.