A Brief History of the Ulster Fry 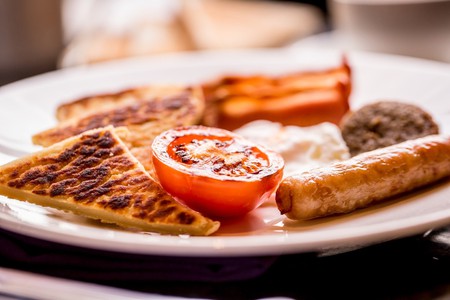 The fried breakfast is by no means unique to Northern Ireland. From the Full Irish to the Full Welsh, most regions of Britain and Ireland have their own variation on the fry-up. The relative merits of each version are hotly debated, but we think the Ulster Fry has the others beat.

One of the most famous Victorian cookbooks, Mrs Beeton’s Book of Household Management, listed a selection of the best cooked breakfast foods. Cooked breakfast was less common before the Victorian era than it is today, but we have Mrs Beeton to thank for adding bacon and eggs to the world’s breakfast repertoire. What we think of as the traditional fried breakfast came into its own after World War II. As well as being known as the ‘Full English’, the phrase ‘Full Monty’ is sometimes used instead, owing to the fact general Bernard ‘Monty’ Montgomery supposedly started every day with a hearty English breakfast. 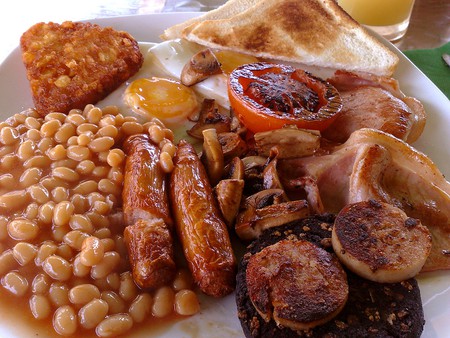 Bacon, eggs and sausages (all fried) are common ingredients across all fry-ups, but everything else is a matter of contention. The purist’s Ulster Fry consists of bacon, eggs, sausages, black pudding and, most importantly, both potato bread and soda bread. Baked beans, fried tomato, mushrooms, and white pudding are commonly added, but hardcore traditionalists might reject these. The biggest sticklers might outright reject anything that can’t be fried in lard, but that position is growing unpopular as time goes by. Indeed, as people become more health conscious, cooked breakfasts are moving towards grilling instead of frying.

The two breads in the Ulster Fry are usually served in farls (short for fardell, meaning a quarter, and made by cutting dough into four pieces). Potato bread substitutes potato for some of the wheat flour and is usually mass produced as farls, while soda bread is made with soda bicarbonate instead of yeast and can also be baked as a normal loaf. Although wheaten bread (soda bread made with wholemeal flour) is often served sliced in restaurants, sliced soda would be quite unusual on a breakfast plate. 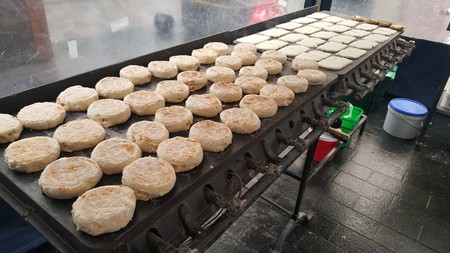 Almost every café in Belfast has an Ulster Fry on its breakfast menu. Cafe Conor offers ‘the big breakfast’, and George’s at St George’s Market has been voted the Best Breakfast in NI, but one of the most popular spots (especially with students) is Maggie Mays on Botanic Avenue. A fry from Maggie’s has probably cured more hangovers than anything else in the city. With vegetarian options alongside the usual suspects, an all-day breakfast might be the thing to cure what ails you.