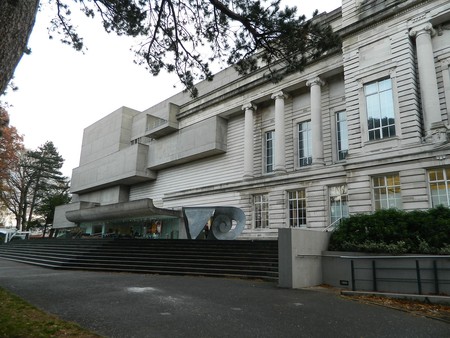 Situated in the breathtaking Botanic Gardens, the Ulster Museum is a centre of excellence for history, natural science, art and local heritage. Across four floors, with an additional ‘Window on our World’ viewing gallery, this national museum boasts dinosaurs, Celtic relics, contemporary art collections and an original mummy.

The Ulster Museum, founded as the Belfast Natural History Society in 1821, has curated some of the most impressive exhibitions, from art to science, for more than 90 years. While formally recognised as a national museum since 1962, its reputation as an impressive show of culture in Northern Ireland goes back to its origin. From 2006-2009, the museum closed to undergo a £17 million renovation, opening again on its 80th birthday. The new centre is comprised of four floors, and a viewing gallery, and showcases an impressive range of fossils, local artefacts and art. The new exterior is a mixture of Victorian class with some of its original Brutalist character, sitting at the periphery of the Botanic Gardens, South Belfast. 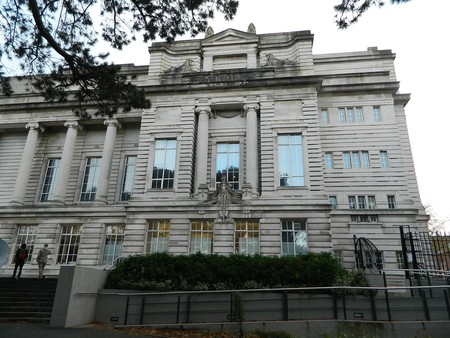 In 1835, the Belfast Natural History Society acquired quite an artefact that drew attention from the public, in many ways, making the Ulster Museum the national site it is today. The mummified body of an Egyptian woman, known as Takabuti, was purchased by Thomas Greg, brought to Ireland, and unrolled by leading Egyptologist Edward Hicks in the same year. Takabuti, who is over 2,500 years old, was a mistress of a public house in Thebes, Egypt, and mummified somewhere between the age of 30 and 40. Today, the body and sarcophagus of Takabuti draw in thousands of visitors each year, as part of her permanent exhibit, Takabuti: Life and Death in Egypt. 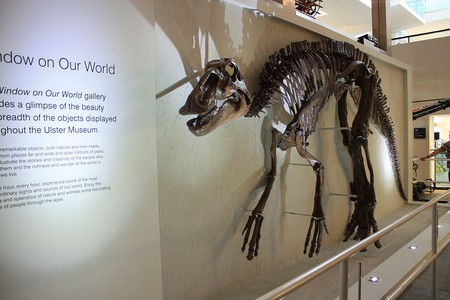 The Ulster Museum is home to an impressive range of pre-historic fossils and fully assembled dinosaurs. The Edmontosaurus dinosaur, a plant-eater, lived approximately 70 million years ago, sharing its territory with the Tyrannosaurus; the museum holds the most complete set of bones from this species in Ireland. 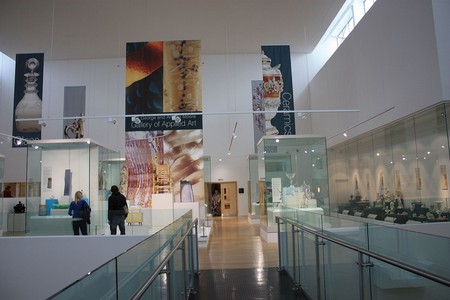 On the top floor, the open-spaced art collection showcases over 11,000 pieces of work, from sculpture to fine art. Since 1930, the museum has acquired a large range of contemporary Irish and British fine art by Sickert, Steer, and Stanley Spencer, among many others. Their prized work, however, is a historical piece by Jacob Jordaens, a famous Antwerp painter, titled St Christopher Carrying the Christ Child (c. 1630). The art collection has housed many famous exhibitions, including one that featured a range of DaVinci’s Leda And the Swan studies and many other hand drawings in 2012.

You can find the Ulster Museum’s list of upcoming events here.