The Top Must-Visit Attractions in Belfast

Belfast Castle | © Donna/ Flickr
Belfast is the UK city you’re missing out on – it’s cheaper, safer and nearby to some of Northern Ireland’s most beautiful coastal attractions. The city itself has a fantastic range of attractions, eateries and exhibitions – check out our top 20 things to do in Belfast below.

Take a morning walk in the stunning greenery of Victoria Park, one of Belfast’s prominent park outlets. Running along the Lagan River, this park has its own leisure facilities and coffee kiosks – for the perfect nature-embracing traveler. 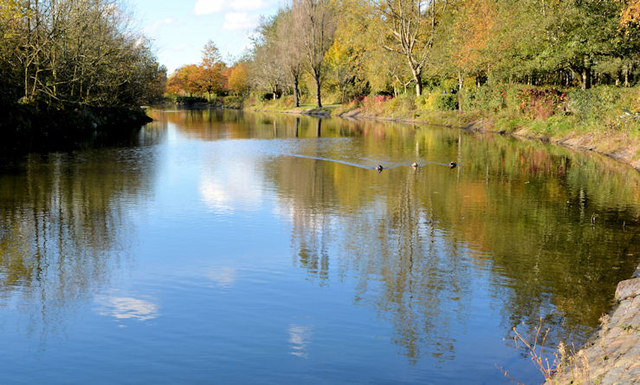 For a taste of tradition, visit Belfast’s “mini village” for a cold pint or first-class meal in one of the Cathedral Quarter‘s pubs and restaurants. The cobbled street walkway and outdoor seating make for a picturesque landscape –and perfect travel Instagram photos. 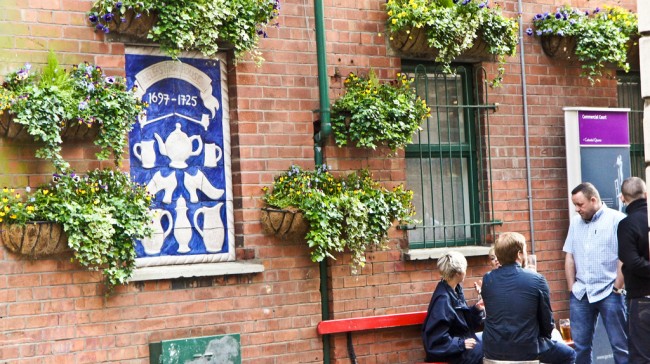 The Cathedral Quarter is named after its majestic resident, St. Anne’s Cathedral. Consecrated in 1904, the cathedral boasts the eye-catching Spire of Hope, added in 2006. Inside are marvellous mosaics, striking sculptures, spectacular stained glass windows and the poignant Titanic Pall, as well as the shrine of Edward Carson, leader of the Unionist movement during the partition of Ireland. 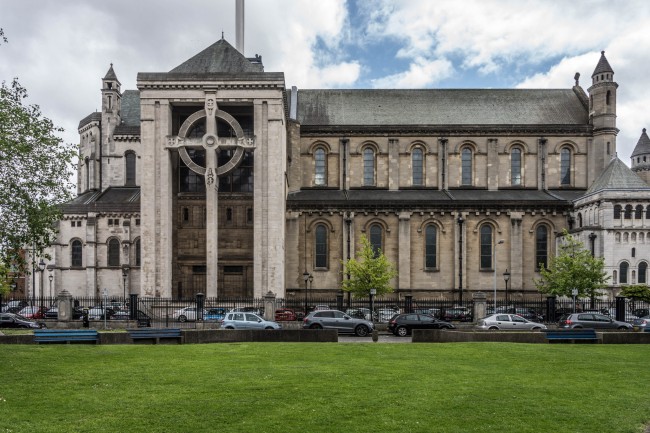 Dinner-and-a-show travelers should be sure to put the Grand Opera House, Belfast’s beautiful theater venue, on their lists. Since 1895, this venue has held many dramas, musicals, and talented performances within in its Victorian-decorated walls and continues to sell out shows weekly. Check out the 2017 timetable here. 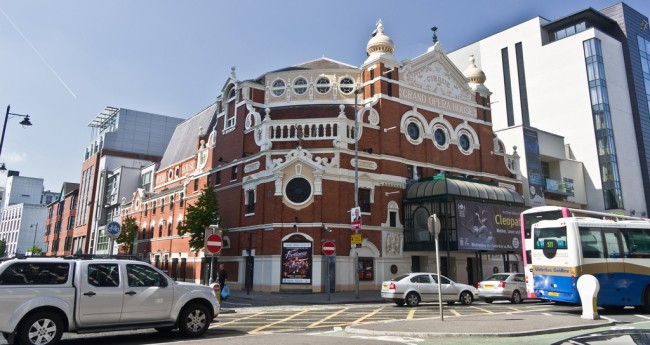 Since 1996, Crumlin Road Gaol (jail) has served as a tourism and historical heritage site – but its walls once housed many notorious prisoners and political activists. History buffs should take a tour of this jail and learn about the prisoners, their executions, and the eventual closing of the prison. 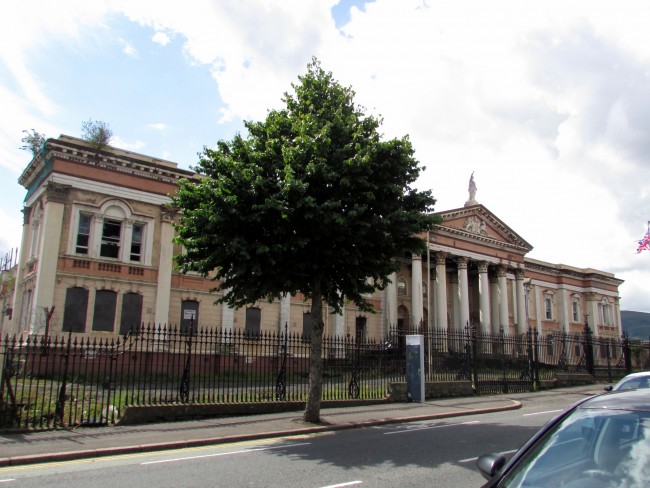 City Hall marks the very heart and center of Belfast, and it’s worth a tour of the building and gallery. Around the exterior is a Titanic memorial site and Queen Victoria’s statue – a popular picnic spot in the summer. 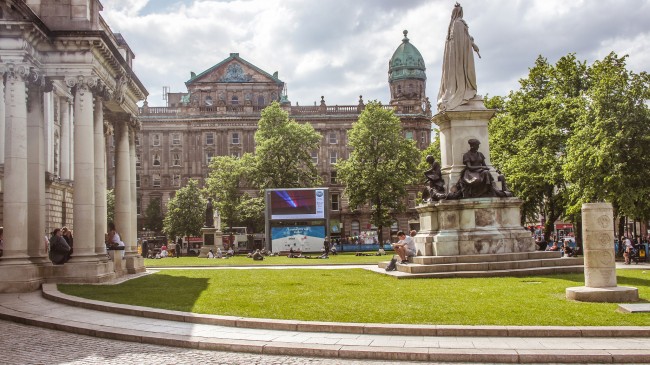 Museum
Exhibits at Ulster Museum | © Son of Groucho/ Flickr
The Ulster Museum is five floors full of local artifacts, natural history, and an extensive art collection on the top floor viewing gallery. This is the perfect spot to take the kids, who’ll love the dinosaurs and bug collections. They even have their own mummy, Takabuti.
More Info
Open In Google Maps
Belfast, Northern Ireland, BT7 1NG, United Kingdom
View menu
Visit website
Visit Facebook page
Send an Email
Give us feedback

Building
Titanic Belfast and SS Nomadic | © Titanic Belfast/ Flickr
The very pride and joy of Belfast is Europe’s Best Attraction of 2016: the Titanic Belfast. Inside, visitors will be treated to simulations of the exterior, a tour of the building grounds, and stories from the passengers on board. Be sure to check out the Titanic‘s tender ship, the SS Nomadic, on the way home.
More Info
Open In Google Maps
1 Olympic Way, Queens Road, Belfast, BT3 9EP, United Kingdom
+442890766386
View menu
Visit website
Visit Facebook page
Send an Email
Give us feedback
Sun - Sat:
10:00 am - 5:00 pm

Located beside the Museum and University, the Botanic Gardens are well worth a visit for the exotic plants and natural walkways. From the Palm House to the Revine to the bowling grounds, this site has everything for a romantic afternoon walk or family picnic. 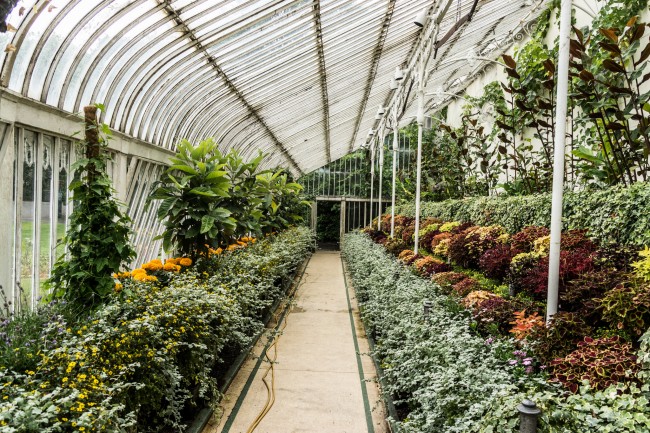 Just next door to the Botanic Gardens, Queen’s University is a beautiful piece of architecture designed by Charles Lanyon, who accidentally mixed up the plans with a project in Galway – giving Belfast one of the most beautiful campuses in the UK. The Naughton Gallery, located in the Lanyon Building, houses some of the most exquisite art exhibitions anywhere in Northern Ireland. 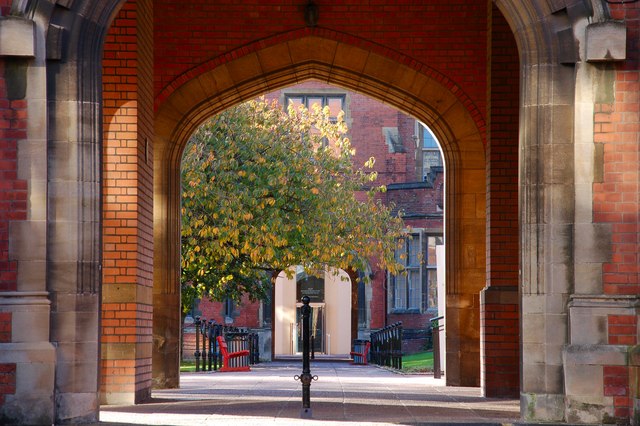 Market, Street Food, Coffee
St George's Market | © Jerzy Kociatkiewicz/ Flickr
This award-winning market is a must-see, even for those only here for a short stay. From seafood to fresh pastries, St. George’s Market has remained Belfast’s gem for food and local cuisine. To make the most of a visit, come on an empty stomach with an open mind!
More Info
Open In Google Maps
East Bridge Street, Belfast, Northern Ireland, BT1 3NQ, United Kingdom
+442890435704
View menu
Visit website
Visit Facebook page
Send an Email
Give us feedback

Shopping tourists will love Victoria Square, both for the aesthetic of the open-plan building and for the quality boutiques and department stores inside. Visit the top floor viewing deck inside the famous dome for the best view of the entire city. 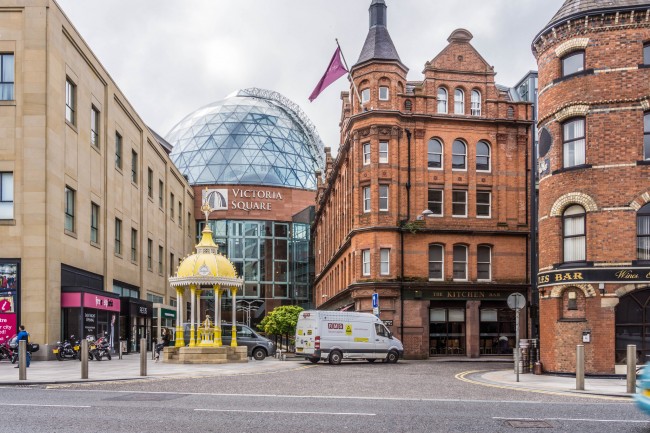 Hikers should take a trip up Cave Hill, a rugged mountain walk and believed inspiration for Jonathan Swift’s Gulliver’s Travels, both for its five mysterious caves and its “Napoleon’s Nose” feature. On the way, visit Belfast Castle for a tour, an estate that housed Sir Arthur Chichester after the original Norman castle was burned down in 1708. 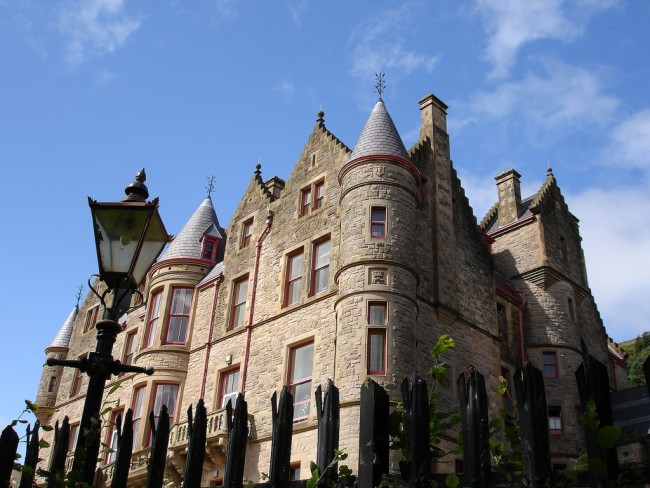 Those planning an extended stay in the city, be sure to travel to the nearby Divis Ridge and Black Mountain for a hiking trail in the famous Mourne Mountains. At approximately 4.5 miles, this walk is accessible to all travelers, and it’s one of the best views of the mountain range and Belfast Lough – on a clear day, Scotland is visible, too. 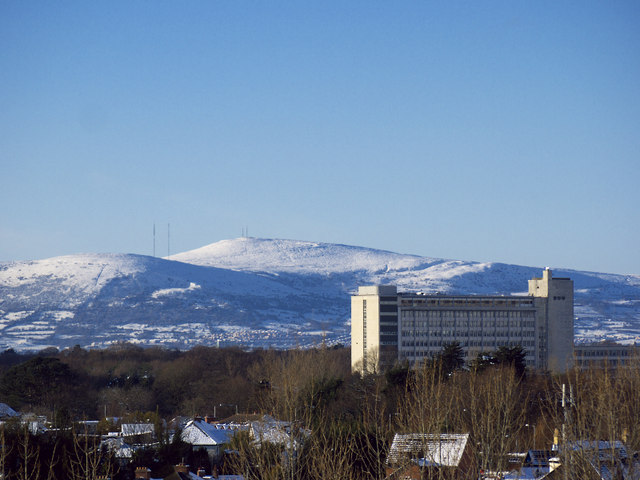 Though many travelers forget to put this one on their list, the Peace Wall is a rare sight to behold. Over 7,000 murals have been documented in Belfast since the conflict that tore the city apart in the 1970s ended, and the best appear on the Peace Wall in West Belfast. Powerful political statements, pleads of peace, and tributes line this district, making it an important and exciting place to visit. 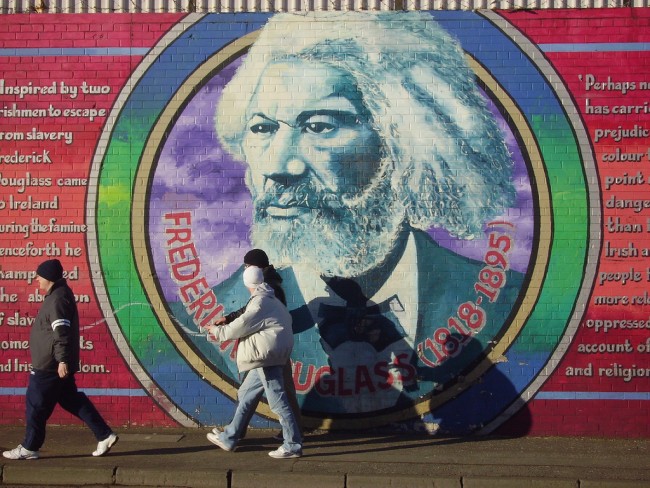 Belfast is a perfect city for cyclists, like many of its European brother and sister cities, and more and more people are swapping their car for a bike. Belfast City Bike Tours offer the best routes in the city, from the cobbled streets of the Cathedral Quarter to the City Centre and the Titanic Harbor – perfect for a short stay. Full safety training and equipment is provided, so there’s no reason to miss out. 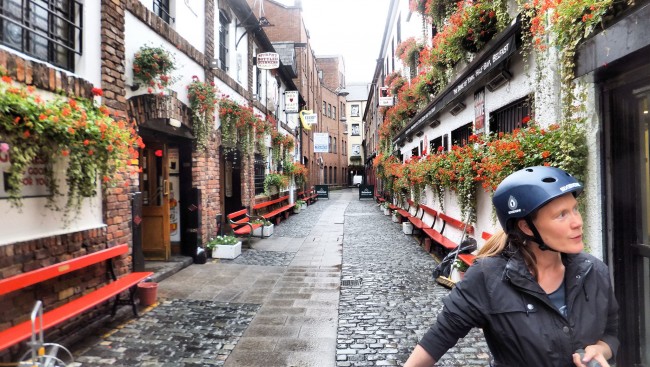 Sports fans and novices alike will love watching the Belfast Giants, the UK’s highest ranking ice hockey champions of 2016 at the SSE Arena (a popular event venue as well as ice rink). Not familiar with the game? Give this attraction a try anyway for a night of excitement and one hell of an atmosphere. 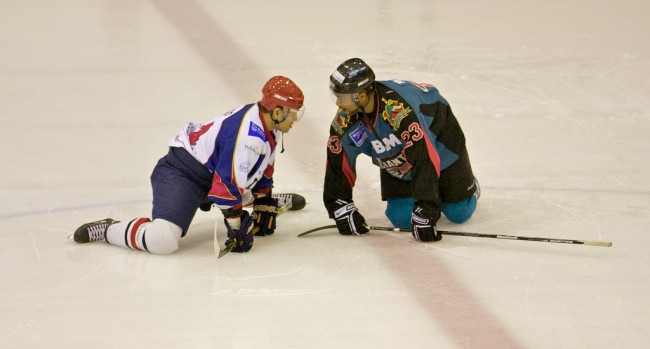 Northern Ireland’s historic music venue is a must-see for both history and local talent. The Rolling Stones, Pink Floyd, and many more rock bands have performed at Ulster Hall over the years, and it has hosted special visits from the Dalai Lama and significant political rallies in the fight for Home Rule in Ireland. One not to be missed! 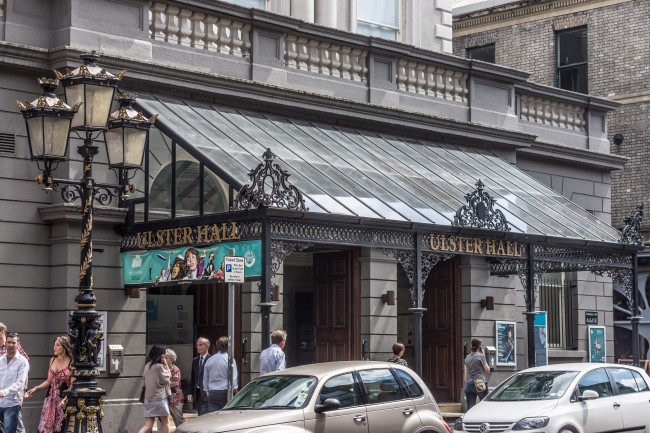 W5 is a brilliant science museum and activity center, fun for kids of all ages. Over three floors, this museum has a magic harp, giant tug-of-war, and tons of hands-on experiments – and a beautiful view of the Titanic Quarter from every floor, too. 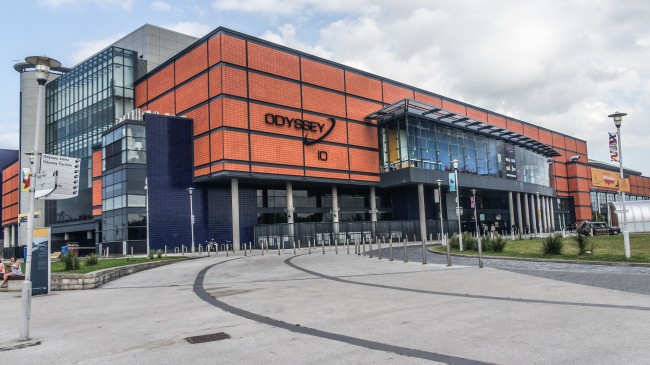