17 Reasons Why You Should Visit Belfast 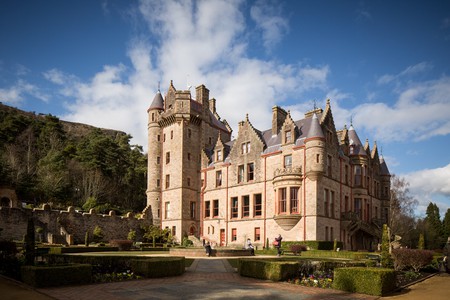 Building from its rocky past, Belfast has become a tourism hub of Europe. From Game of Thrones to music festivals through to wall art, there’s plenty going on for such a compact city. Without further ado, here are just a few of our favourite things about Northern Ireland’s capital.

Irish hospitality is famous around the world, and the friendliness of the people doesn’t magically stop at the border between Northern Ireland and the Republic. Belfast’s inhabitants are friendly, informative, and, most importantly, great craic. No matter when you go or where you go, you’re likely to make a few friends whether you mean to or not. 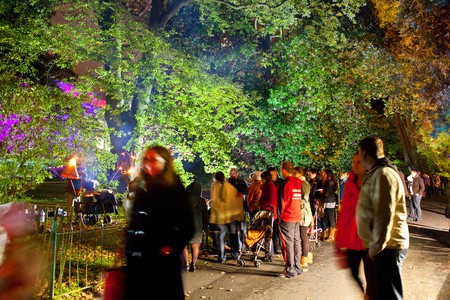 Another stereotype of the island is that its people love a drink. Like the last point, this stereotype rings true, and the abundance of bars and clubs around Belfast attests to this. From the historic Crown Bar to modern clubs like ALIBI, there’s plenty of choice for the discerning visitor. 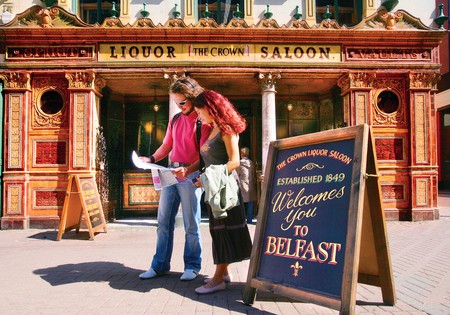 Much like bars, there’s a hotel in Belfast to suit every taste and budget. The Europa Hotel is famous for being Europe’s most bombed hotel; but those days are over, and now it just offers some of the best rooms in the city. For simpler tastes, the newly opened Bullitt Hotel offers no-nonsense rooms without skimping on space or comfort. 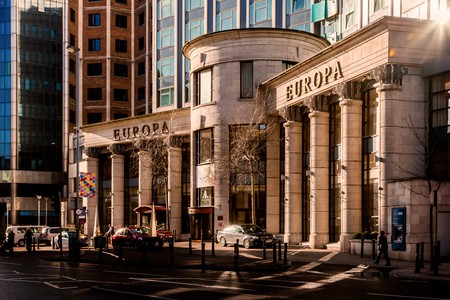 Belfast has a rich history of ship building, and the Titanic was built in the city’s docks. Two Harland and Wolff cranes, known as Samson and Goliath, dominate the city’s skyline, but the Titanic Building itself is the place to be if you’re interested in the ship. What’s more, in 2016 the museum was awarded Europe’s Leading Tourist Attraction and World’s Leading Tourist Attraction by the World Tourism Awards. 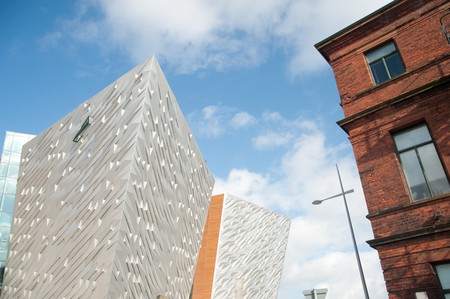 Belfast’s other main museum is The Ulster Museum, which first opened its doors to the public in 1833 and continues to exhibit to this day. It houses numerous exhibitions over five floors and 8,000 square feet of floor space. Its exhibits include an Egyptian mummy, a host of natural history dioramas, and a host of art on the top floor. 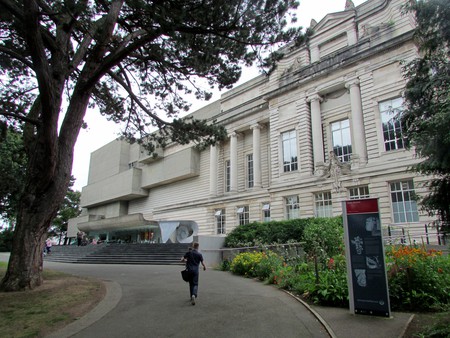 Botanic Gardens sits beside Queen’s University, and is a popular student hangout on sunny days. No matter the weather, though, the Gardens provide a fantastic home base from which to see several of Belfast’s sights. As well as housing the aforementioned Ulster Museum, Botanic Gardens has a palm house filled with tropical plants, and its more specialised Tropical Ravine is undergoing refurbishment, to reopen in winter 2018. 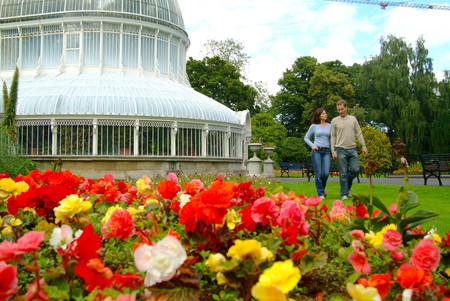 One of the most prominent features of Belfast’s landscape is Black Mountain, which dominates the view from most parts of West Belfast. Further north lies Cavehill, which is thought to be the inspiration for Gulliver’s Travels. Jonathan Swift thought that the profile of Cavehill resembled a sleeping giant looking over the city. 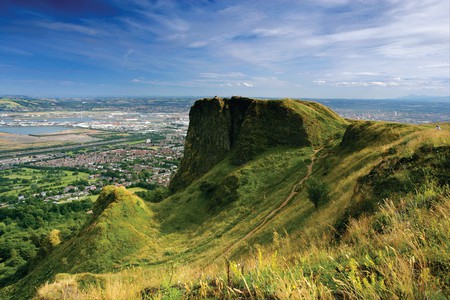 Another feature of Cavehill is Belfast Castle, which is tucked away on the slopes of the mountains in Cavehill Country Park. The original Belfast Castle was within the city itself, but the current castle, built in the suburbs, was completed in 1870. As well as the visitors’ centre and antiques shop, the castle and its grounds provide some exceptional views of the city.

Belfast’s history is rich, and it wears its recent past on its sleeve. The Black Cab Tours is an iconic feature of the city that has been offering tours for decades. These tours just might be the definitive way to see the city’s sights, and the cabbies are all extremely well-informed, happy to provide advice on just about any facet of the city. 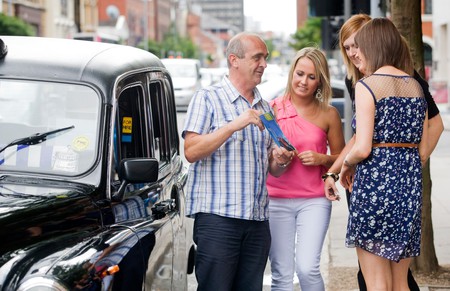 The Black Cab Tours pass several murals on their usual route, which isn’t surprising when there are so many to see. Belfast has a rich history of wall art from both sides of the community, where murals have long been used to make political statements. Now, however, there’s been a movement towards more neutral wall art, for art’s sake. 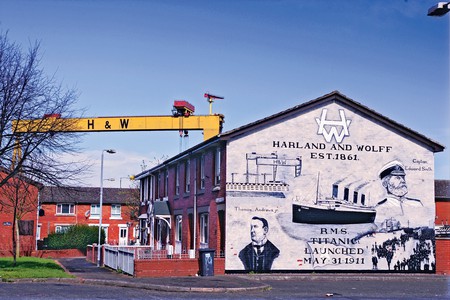 Belfast’s peace lines, more commonly known simply as “peace walls”, were supposed to be a temporary measure, but have remained up for decades. Although there are several within Belfast’s bounds, the main peace wall separates Belfast’s Falls Road from the neighbouring Shankill Road. 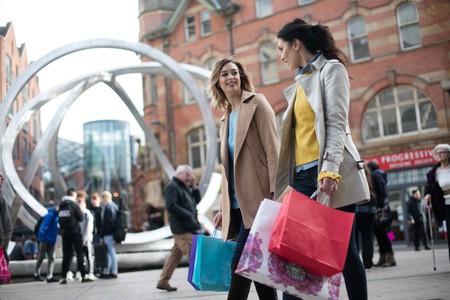 Some would argue that this one should fall under “shopping”, but we think that St George’s Market is special enough to deserve its own point. Northern Ireland’s largest indoor market has been open for over a century, and continues to please locals and visitors alike. Fresh fruit and veg is on offer at numerous stalls, and the variety of markets at the weekend provide exactly that: variety. 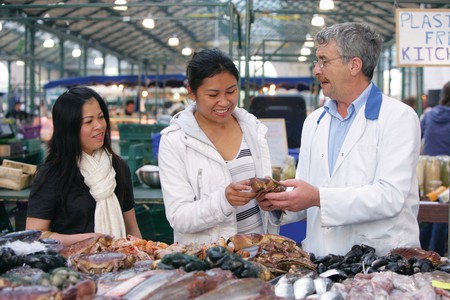 The River Lagan winds through Belfast, flowing down from Slieve Croob Mountain and into the Irish Sea. In 1989, the Laganside Corporation was established to redevelop the areas on the banks of the river. Now, the riverside is home to the Waterfront Hall, the SSE Arena, and the Gasworks area. The Lagan Towpath is also one of the city’s best walking routes, perfect for a leisurely stroll through the city. 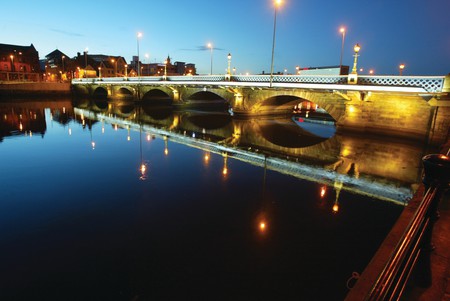 Another area which has seen extensive redevelopment is the Cathedral Quarter, centred around St Anne’s Cathedral. Formerly a merchant hub, the Cathedral Quarter is now home to many arts organisations, as well as some of the city’s best bars. The cultural flavour of this area even extends into the names of the bars. One of these, the John Hewitt, is named after the radical socialist poet. 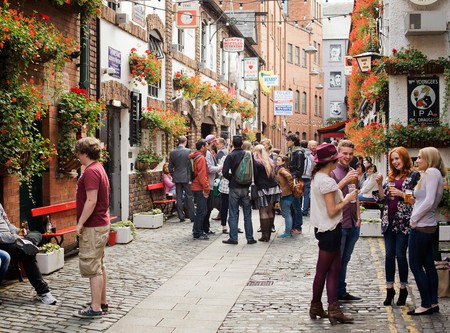 In Northern Ireland, Game of Thrones employs more people than the civil service. It’s a huge part of the economy, and its stars can often be seen walking around Belfast. For any fans that want a closer look at the show’s trappings, though, a few companies run Game of Thrones tours, departing from the city to visit the show’s filming locations. Some of the tour guides are former extras on the show, so it’s truly a personal take on the world of Westeros. 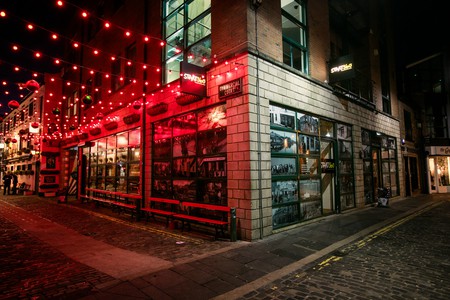 The last item on our list might be cheating, but we think it’s close enough to Belfast to warrant its inclusion. A UNESCO World Heritage Site and national nature reserve, the 40,000 interlocking columns of volcanic rock are one of the most impressive things to see in Western Europe. Let’s face it, if you’re visiting Belfast anyway, it would be ridiculous to miss out on this. 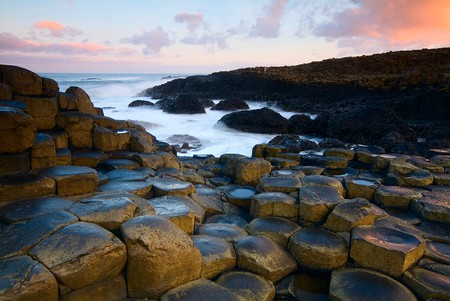 The Giant's Causeway | Courtesy of Tourism NI
Give us feedback