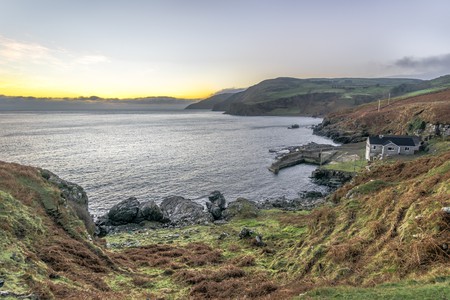 Northern Ireland has become a serious tourist draw, thanks to some media spotlights coupled with already-existing rich culture and natural beauty. Here are our top reasons we think everyone should visit Northern Ireland at least once.

Northern Ireland is a very compact country, so you don’t have to worry about not having enough time to do everything. A journey from one end of the country to the other is just a two-hour drive, so you can easily set up a home base wherever you like without missing out on any of the sites. If you like, you can also easily nip across the border to the Republic of Ireland and take in the sights there as well. 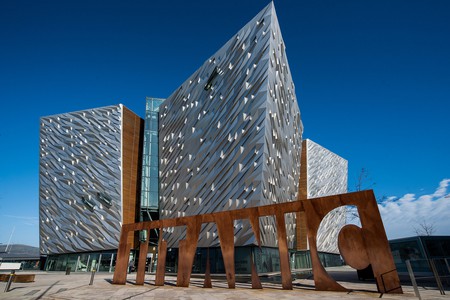 The Titanic Museum | © US Embassy London/Flickr

Ireland’s geographic history is diverse, with periods of the country formed by volcanoes, parts covered by tropical seas and parts formed by the Ice Age. As a result of tectonics and ice, the sea level has fluctuated throughout the ages. This has led to Ireland’s characteristic rolling hills and mountains. As an island, coastal wear and tear has also led to some of the most spectacular coastal landscapes in Europe.

The Causeway Coastal Route is one of the world’s best road trips, taking its pilgrims around the North-East coast of Ireland. Starting in Belfast and winding through the nine glens of Antrim, the route eventually ends in Derry City but not before hitting most of Northern Ireland’s biggest tourist draws along the way. 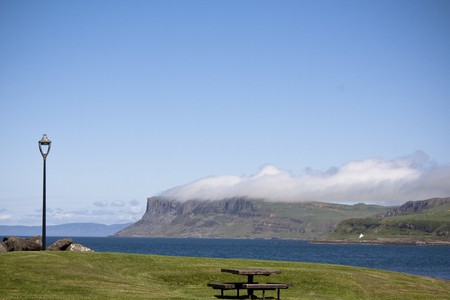 Much like The Lord of the Rings movies put New Zealand on the map, HBO’s Game of Thrones has been a huge draw for tourists since the show aired in 2011. Many scenes are filmed in a studio space across from the Titanic, but many more are filmed out in the Northern Irish countryside. Tollymore Forest Park acts as the backdrop to The Haunted Forest, while Antrim’s Dark Hedges have been made famous as “the Kingsroad”. 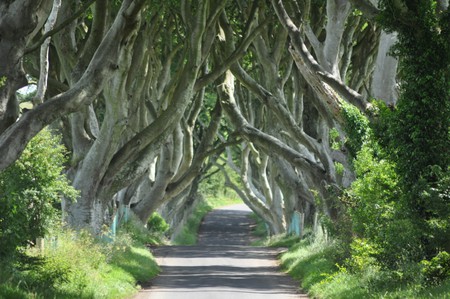 Ireland’s turbulent history has seen a lot of different regimes come and go, and with regimes come fortifications. Ireland is packed with castles, both operational and ruined, dating from all eras. When the Vikings arrived on the island, there were already plenty of castles for them to raid, and Plantation colonists built their own when they arrived in the 16th and 17th centuries. Northern Ireland not only has a huge number of castles but a wide range of architectural styles and historical points of interest. 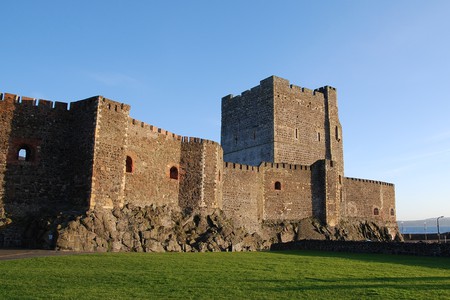 If there’s one island stereotype that rings true, it’s that the locals love an excuse to party. Maybe that’s why Northern Ireland has such a vast selection of festivals to choose from. From Sunflower Fest’s music-driven fun to the spectacle of the annual Tall Ships Races, there’s absolutely a festival for you somewhere. 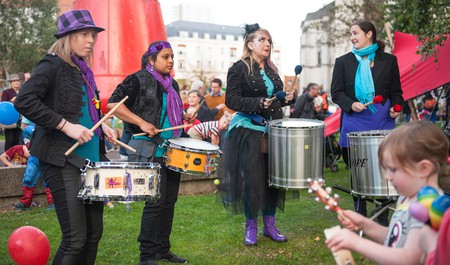 Northern Ireland is well known for its hospitality, so it’s not surprising that its accommodation options are some of the best in the world. As well as the many hotels, both grand and boutique, there are also more unusual accommodations such as the bubble domes at Finn Lough in County Fermanagh. There are many campsites around rural parts of the country, and Finn Lough might be perfect for anyone looking to experience nature without getting too messy. 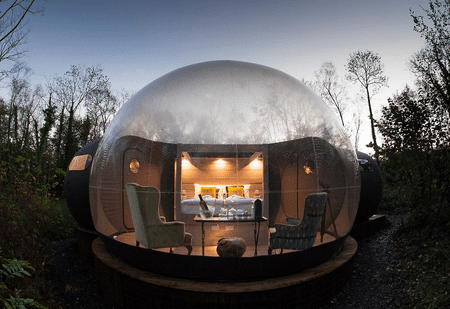 The UK’s inaugural City of Culture, Derry City is the only intact walled city in Ireland, and is in fact one of the most complete examples of a walled city in Europe. Derry’s fortifications have never been breached, and the walls now act as a tourist attraction and walking trail. The walls provide a perfect vantage point to view the city’s other famous walls: The murals. 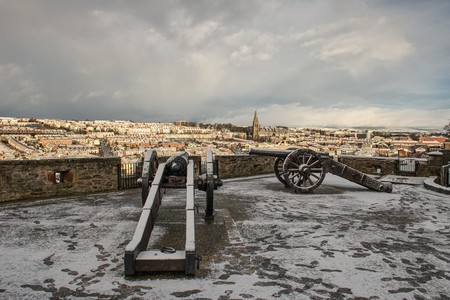 A view of Derry from the walls | Sam Smallwoods/Flickr

Over 75% of Northern Ireland’s countryside is used for some form of agriculture, so it’s easy for restaurants to get the freshest ingredients, and with fresh ingredients comes good food. In 2016, Michelin rewarded two Belfast restaurants with one of their coveted stars. Ox and Deanes Eipic have both retained their stars in the 2017 guide, so it seems that quality is consistent. If you want to get your own hands on the raw ingredients, stop in to one of NI’s many markets and see them for yourself. 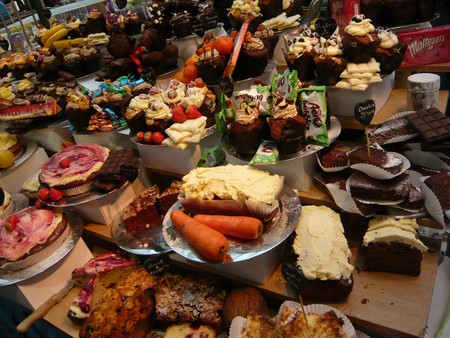 The landscape of Belfast has completely turned around in the past 20 years. A far cry from the hostile city of The Troubles, money has been pumped into Belfast, and the renovations have given the city new life. The city’s Victorian buildings have been given a facelift, while new buildings have popped up around them as restaurateurs and nightclub owners flock to the city. The Titanic Quarter of Belfast was essentially rebuilt from scratch and is now one of the city’s most modern areas. 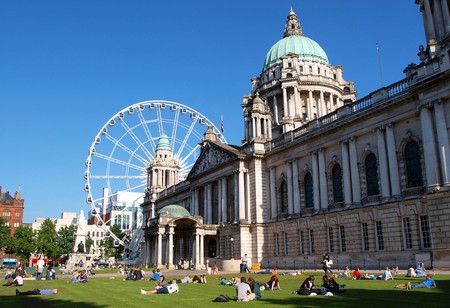 Northern Ireland’s music scene is still bustling. Acts like Van Morrison, The Undertones, and Two Door Cinema Club put the country on the musical map, but there are plenty of up-and-coming acts that you can catch around Belfast’s music venues. The Limelight is one of the more popular gig locations, but Northern Ireland’s musical heritage means that if you drop into any decent bar there’s a fair probability that there’ll be a live musician propped up in a corner. 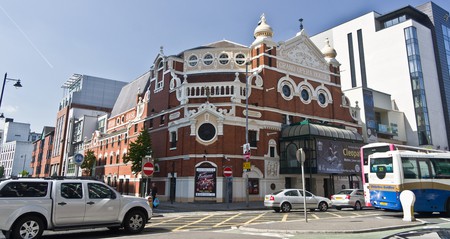 The Largest Lake in Britain and Ireland

Twenty miles west of Belfast sits Lough Neagh, a 392-kilometre-square body of water that is, believe it or not, the largest lake in Britain and Ireland. Five of Northern Ireland’s six counties have a stretch of shore along the lake, with County Fermanagh, the exception, housing Loch Erne, Northern Ireland’s second biggest lake. 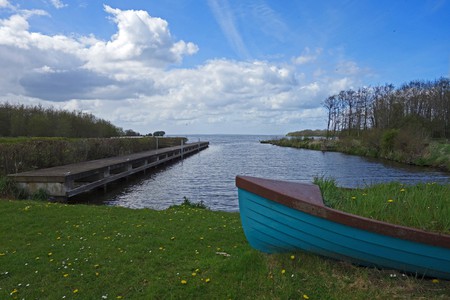 Like most cities, Belfast has a step-on, step-off bus tour, but it also has its own, more unusual, version. Black Cab tours are private taxi tours that hit some of Belfast’s biggest tourist attractions along the way, including murals, Crumlin Road Gaol and the Crown Bar. It’s not the sights themselves that are the draw of the tours though, it’s the extremely knowledgeable taxi drivers who act as your guides. 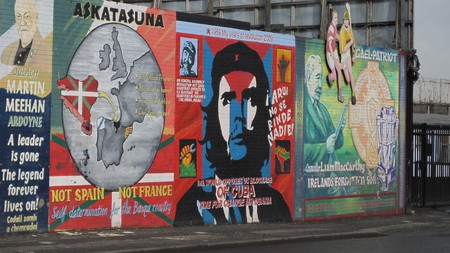 Finally, it won’t break the bank. Northern Ireland is cheap to get to, cheap to get around and most of the attractions on this list are free or very inexpensive. The drop in the value of sterling might not be the best thing for natives, but it certainly pays off for visitors. Flights to Belfast are inexpensive, and, if you’re visiting from Britain, the ferry is too.