10 Things To Know Before You Go to Marble Arch Caves 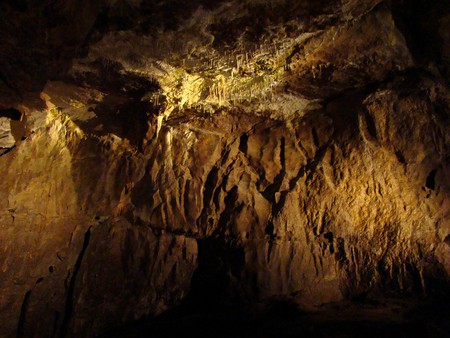 The amazing underground limestones caves in the Marble Arch Global Geopark are a big attraction in Northern Ireland and for good reason. The caves are made from 330 million year old limestone and have several water reserves and rivers running through them, including a lost city display. Read this guide to the caves, how to book a trip and what to prepare before arrival.

The Marble Arch Caves are truly amazing. When Édouard-Alfred Martel discovered them in the late 19th century, engineers designed a concrete pathway throughout the cave structures as a tourist attraction, which eventually opened to the public around 100 years later, in 1982. Scientists have explained this network of caves as a natural passage created when water dissolved the soft limestone rock of Fermanagh, from the Owenbrean, Aghinrawn and Shruh Croppa rivers of Ireland. This process also created stalactites and stalagmites within the caves; cone shaped rocks that have taken millions of years to form. 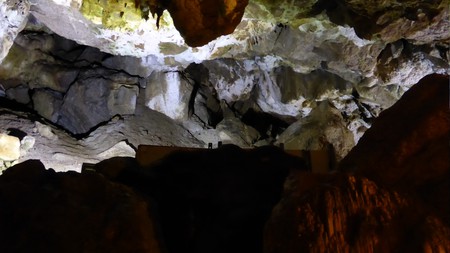 The Marble Arch National Nature Reserve is globally recognised, as the second UNESCO-listed attraction, alongside the Northern coast’s Giant’s Causeway. At the advent of the new millennium, the caves were transformed into a Global Geopark, collaborating with the local and European tourism board to recognise the importance of the limestone formations and their geological significance.

The limestone is 330 million years old

The limestone rock was formed slowly during the Carboniferous period, when Ireland was situated just south of the global equator. It is believed the constant darkness beneath the surface and years of water corrosion created the wonderful structures along the caves, known as stalactites – created from water dripping off the edge of the limestone. Some calcite displays along the walls of the cave, known as flowstones, have also formed due to water and chemical mixing in this process. One such flowstone is named the Porridge Pot and took over 50,000 years to fully form. 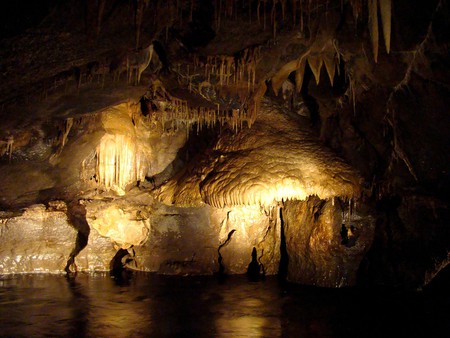 On the practical side, this cave is dark and often wet, as the process of water corrosion continues to wear the limestone walls. Visitors will need to have full mobility in order to enter the caves, but will be equipped with a helmet during the boat tour, for safety. There is also a walk up 150 steps to exit the underground structure.

Be prepared and book a tour in advance

The caves are a popular destination for tour companies and school groups, so book in advance to guarantee your place. The caves are usually open from 10 am – 4 pm daily, but the wider park will extend their opening for sporting activities. Since the caves are tour guided only, booking a place will avoid disappointment or waiting on the day. For those people hesitant about the speed or pace of the tour, don’t fret, a guide will explain all geological terms and make the experience a fun and relaxed one. 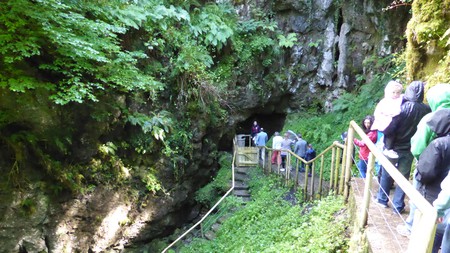 Be prepared for darkness and humidity. Although the networking caves are wide at most points, visitors will find themselves climbing narrow stairways and walking under low ceilings – therefore this experience may not be suitable for claustrophobic people. However, the caves are dimly lit throughout the entire tour and you will be given a flashlight helmet on the underground boat tour, which lasts about 10 minutes.

Be prepared to get wet

In this underground cave, one of the biggest themes is water. The limestone caves are continually dissolved by the local rivers running under Cuilcagh Mountain, so we recommend bringing a pair of waterproof shoes and a raincoat for the tour as the water is constantly dripping off the ceiling to form the marvellous stalactites above. These underground caves are also very cold at parts, so take a jumper or jacket. 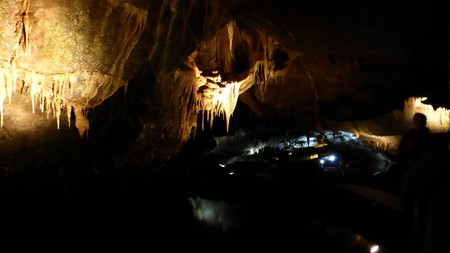 The boat tours are not always accessible

The standard tour lasts 75 minutes, which includes a 10-minute boat tour. The boats do not run throughout the year, depending on water levels which are required to be low to carry passengers through underground caves. However, visitors shouldn’t skip out on the experience if the boats cannot run. This small section of the tour is an alternative passage through the caves and the standard pathway route can still be taken through the entire tour. The best attraction actually lies at the end of the footpath – the lost city, which is a mesmerising reflection of stalactites above the ceiling on a water reserve, which appears to be a hidden city under the water.

Visitors will need to dress for their surroundings

Visitors will be able to book any equipment needed on-site, including canoes and oars, but plan out activities in advance and dress accordingly. Even in hot summer afternoons, the caves require waterproof clothing and you’ll need sturdy shoes for most of the surrounding forests and water activities. If you’re visiting the countryside to fish, there is no better location than this Geopark, which is popular for trout, salmon and a heavy population of pike. You’ll need to bring your own angling equipment before arriving at the park. 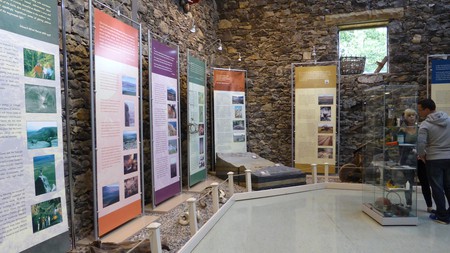 The cave has an acompanying exhibition | © Sean MacEntee/ Flickr

Be sure to explore the wider Geopark

While the caves are the main attraction, don’t miss out on a visit to Lough Navar Forest, which has numerous cycle or walking trails, along with a beautiful 10k drive through the woods. Be sure to spot Blackslee Waterfall before you leave; one of the beautiful waterfalls where water deposits into the caves from above. The Geopark is famous for hosting great water sports, so book an extra activity on day, from canoeing to lakeside fishing. There’s a range of annual events, from boat trips to nature trails, including a great children’s discovery trail through the woods. All are listed on the event’s brochure, here.