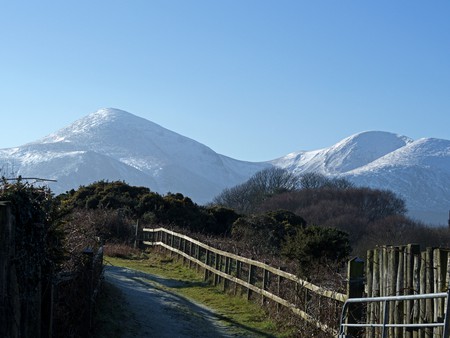 There is surely no better landscape for hiking than the Northern Irish countryside. From the Mourne Mountains to Areas of Natural Beauty (AONBs), this region is first-class for hiking trails and nature walks. Here are our top 10 trails to walk this year.

This Mourne Mountain hiking route is not for the faint-hearted. The Slieve Donard walking route is a 5.6-mile climb to the highest peak in Northern Ireland, taking around five hours in total, with a stunning view of the surrounding area from the top. This route starts at the base in Newcastle and follows the Scots Pine Forest and Glen River before reaching the Mourne Wall at the top of the mountain. Clear days allow an extended view of Scotland, Wales, and the Isle of Man. 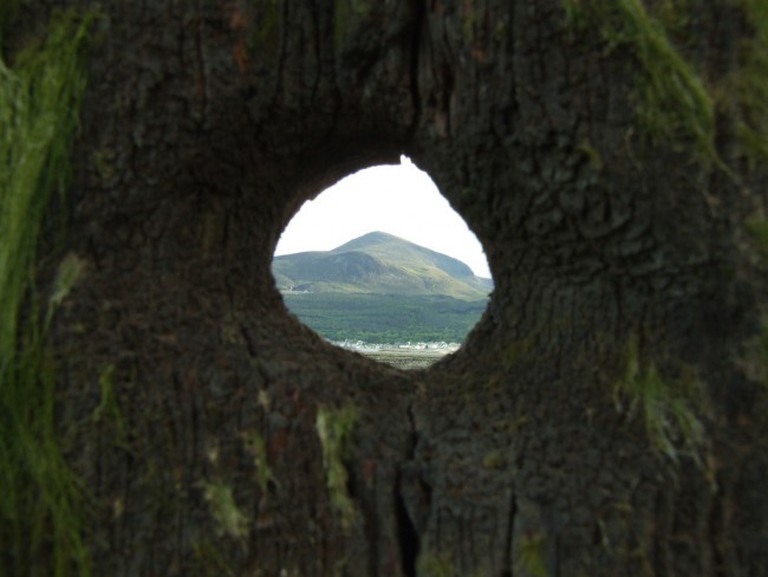 Starting at Carrick Little, this trail is a 9.9-mile circular hike along the Central Mourne Mountains, the granite mountain range with the highest peak in Northern Ireland. This route advances into Annalong Wood, passes the Blue Lough, and walks on the col between Slievelamagan and Cove Mountain. A number of route options allows for flexibility depending on journey time and number of travelers. This Area of Outstanding Beauty is a must-see wonder in Northern Ireland.

The Causeway Coast’s natural site of polygonal basalt columns attracts millions of visitors to the Northern Irish coast. The popular Causeway Coastal Walk is a two-mile walk from the Windy Gap to the Giant’s Causeway. The longer alternative is a 33-mile route from Portrush to Carrick-a-Rede to Ballycastle; visitors often drive along the coast and take a circular hiking route on one part of the trail. If braving the full two-day trek of the coast, often called the Ulster Way, be sure to stop at Dunluce Castle and the natural rock arches. 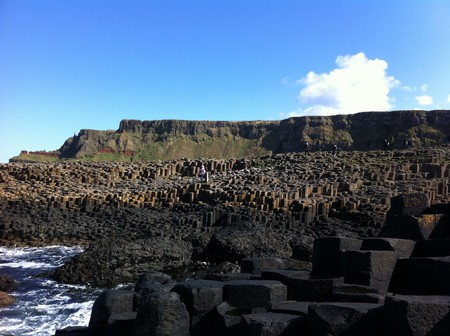 This one-way hiking trail to Carrick-a-Rede Island is 1.6 miles long, making it popular with families. The walk crosses the Carrick-a-Rede Rope Bridge onto the small island, where Scotland and Ratlin Island are visible in the near distance. Witness beautiful caves and beaches here, along with dolphins and porpoises (on a good day). 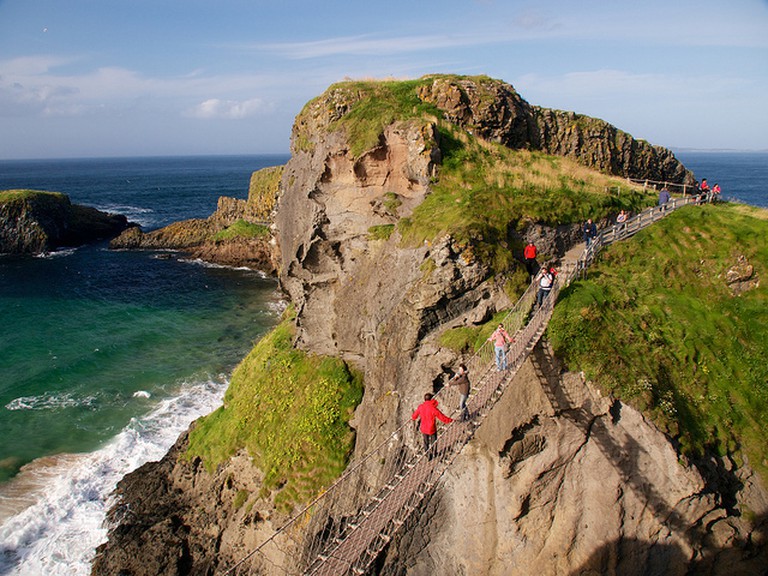 Tollymore Forest Park Walk, located in County Down, is a five-mile walk running along the Shimna River through beech and coniferous forests. With beautiful surrounding views of the Mournes and woodland terrain, this is the perfect hiking trail for the avid camper. Luke’s Mountain peak can be seen from the latter half of the trail, along with various wildlife and the Boundary Bridge crossing below. With surrounding facilities for campers and families and nearby accommodation, this is a great trail for novice hikers. 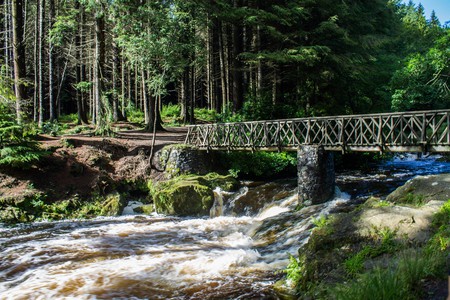 The Ring of Gullion, another Area of Outstanding Natural Beauty, includes the Slieve Gullion, the ring dyke most famous for its volcanic origin and conservation. At almost 10 miles, this circular route is a challenging uphill walk to the Neolithic South Cairn Passage Grave at the top (which can be extended higher, depending on the hiking route). Along the trail, hikers can look out for Slievenacapple and the carvings of Finn MacCool, the legendary Irish giant who is believed to have built the Giant’s Causeway as a wall of protection from Scottish enemies. 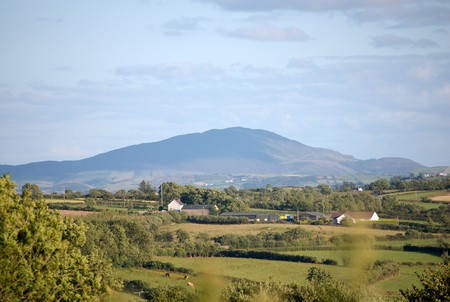 Rostrevor is a small town at the south end of the Mournes, beside Warrenpoint, with a number of great walks and hiking routes, ranging from 0.5 to 5 miles in distance. The longest of the three starts at the base of Kilbroney Forest Park, running upward to the base of Cloughmore Stone. From here, hikers can make the short forest walk up to the stone, where many visitors carve their name into the rock. The surrounding views overlook the stunning Carlingford Lough, the passage of water running between Northern Ireland and the Republic of Ireland. 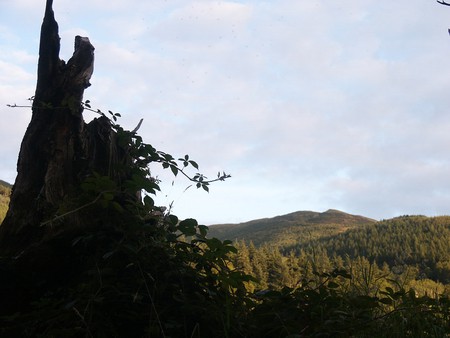 Rathlin Island is a short boat trip from the Causeway Coast, and has a small population of around 150 people. The entire island covers four miles and sits in between the Northern Irish and Scottish coasts. The route includes beautiful views of both coasts, along with a lighthouse and Church Brae, which sits on Slieveard. A surprising feature of Rathlin Island is the vast population of puffins, which attracts many visitors from the main coast. 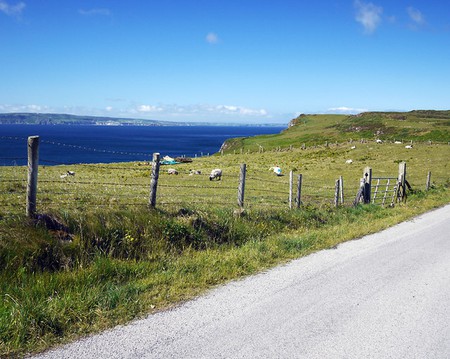 Across 40 miles, the Sperrins make up the largest range of mountains in Ireland, with beautiful wildlife and views of the surrounding area. The highest peak, Sawel Mountain, sits at just under half a mile above ground. Walking routes vary depending on the preferred hiking areas. The famous Sperrin Stone Circles, over 90 sets of stones formed in a circle, are visible along most routes. The Eastern Beaghmore Stone Circles, believed to have been formed in the Bronze Age, perfectly correspond to the movement of the sun, moon, and stars,. The Beaghmore area also contains Bronze Age megalithic cairns and structures built around 2000 B.C. This historical treat is an attractive feature of the Sperrins, drawing many hikers to its wonders. 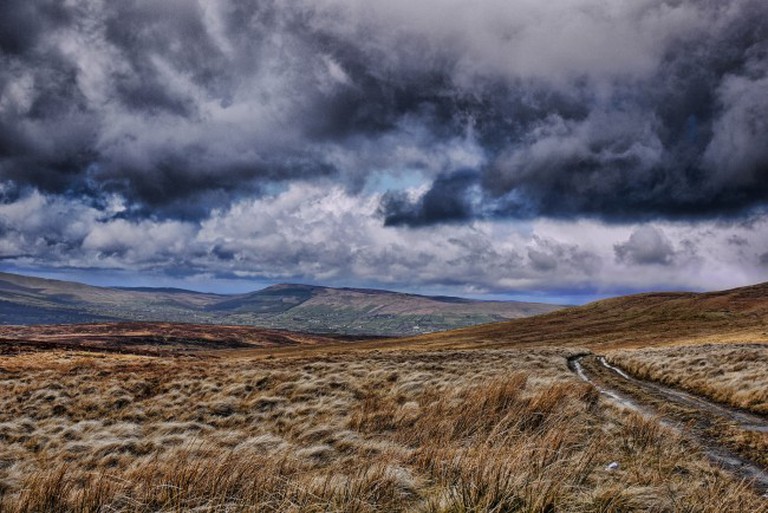 The Divis Ridge Trail is an approximately four-mile walk from the Long Barn to the Black Mountain and the Mournes. The route overlooks Belfast, with a 180-degree view of the city on one side, and of the Mournes on the southern side. Spot birds of prey, like peregrine falcons, along the way. Most of the year, this landscape is a blanket of purple heather and makes for a great summer walk with a view of Belfast docks and central city. 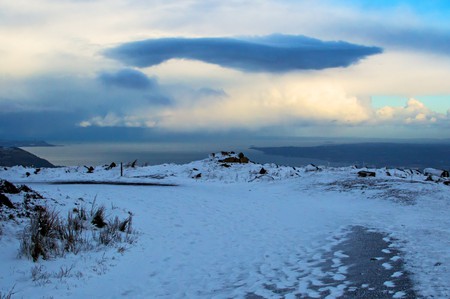