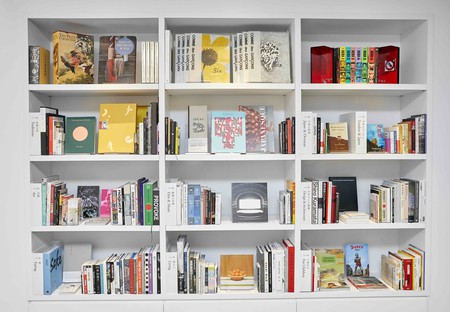 Yoshitaka Haba is a Japanese library curator, innovating the ways in which we interact with books. Ahead of the launch of Japan House in London, a new hub for Japanese creativity, Culture Trip caught up with Yoshitaka to hear about how his newest library will introduce readers to a Japan they’ve never seen before.

For Yoshitaka Haba, less is more. The library at Japan House is comprised of two walls, lightly decorated with books on Japanese culture. On one side, a traditional bookcase stands in bright white paint, with books organised by theme as opposed to genre. Facing it, a carefully selected, minimalist display of books explores ‘Japan and Nature’, the inaugural library exhibition at the newly opened Japan House in Kensington.

‘The idea is to open up opportunities for people to encounter books that they don’t usually look at,’ Yoshitaka says, leafing through a selection of his showcase books. ‘My idea was to have a small number of books that are very well selected to introduce Japan in a way you’ve never seen it before.’ 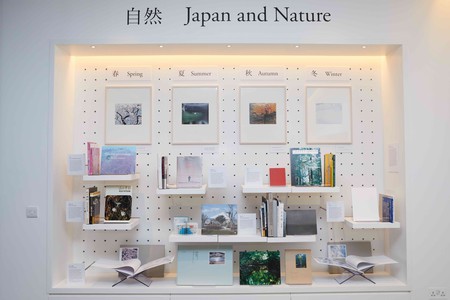 Yoshitaka Haba has designed libraries across a range of different industries, from hospitals to kindergartens to private spaces. His philosophy is that libraries should teach you something new about the culture or space you’re in. He does this by mixing vintage books with new releases, and pairing books in unexpected ways. For example, at Japan House, the ‘Eating’ section of the library contains both traditional Japanese cookbooks as well as a photo diary of a photographer’s last meals with his late wife.

This approach is unconventional in that it prioritises the quality of curation over the quantity of its collection, reimagining traditional methods of classification. Yoshitaka’s selectivity transforms building a library into more than just a project of preservation and organisation, but one led by artistic impulse. His collections are meticulously edited, to the degree that each book relates to its direct neighbour. In turn, browsing the shelves becomes a more surprising and open-ended experience.

Yoshitaka’s approach also champions the importance of the paper book in an increasingly digitised industry. ‘There is something about a book which has a relationship to our bodies, which also incorporates something emotional,’ says Yoshitaka. ‘In this age of internet, the important thing is to create the opportunity to have one penetrating book, rather than showing as many as possible.’ 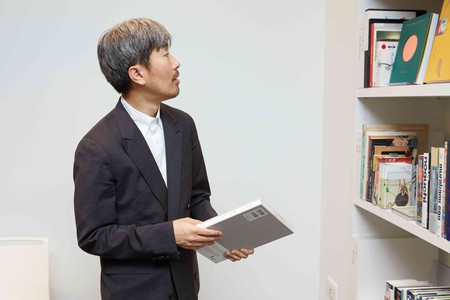 Yoshitaka’s roots lie in traditional bookselling. But with the introduction of Amazon in Japan, people stopped coming to bookshops. Ever conscious of finding new ways of interacting with books, Yoshitaka was part of the first wave of booksellers in Japan that combined bookshops with cafés, a trend that is now particularly prevalent among independent bookshops in London. ‘How we approach books has been changed, but books will always exist. I want to think about the different ways books can survive,’ Yoshitaka says.

As increasing digitisation continues to influence our reading behaviours, this more meticulous approach to libraries mirrors the increasing demand for a personalised experience. With each book hand-picked by Yoshitaka himself, the collection is completely unique, offering both a personal and panoramic perspective on Japanese culture. The library at Japan House is small, but its dimensions extend well beyond the confines of the room.