Wyvern Bindery: Making Books for Hogwarts and the Olympics 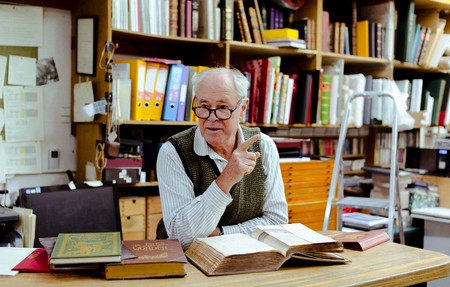 Bookbinding may seem like a practice from the past, but one Clerkenwell business is still going strong thanks to some famous friends. Mark Winstanley of the Wyvern Bindery speaks about binding books for Harry Potter, the impact of technology and the everlasting value of physical books.

Step into Wyvern Bindery from a busy street off East London’s Silicon Roundabout and you’ll instantly be transported to a bygone era. The strong aroma of leather dominates the senses when you first walk in, as craftsmen in overalls are carefully at work using traditional metallic tools.

“When we first moved here it was a dump. No one wanted to come to Clerkenwell Road, but now you have to pay rather a lot to be here,” says Mark Winstanley, owner of Wyvern Bindery. 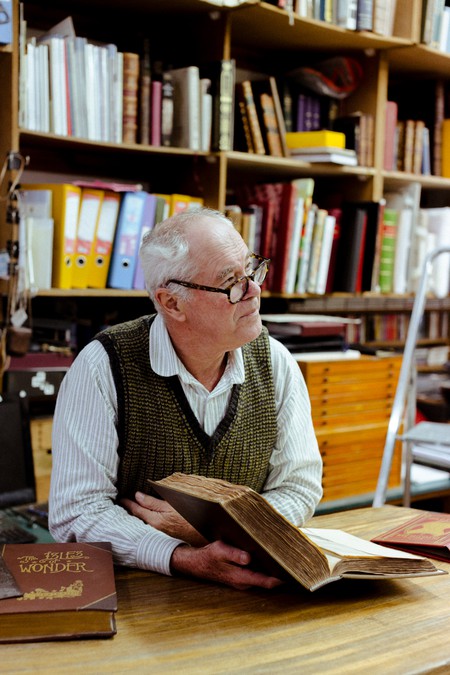 Unsurprisingly, the shop floor and side counters are overflowing with books. Some look like the hefty tomes you would see gathering dust in academic reference libraries, while others have a more personal, well-worn touch to them as if they were being read just moments before they were carefully set down.

Winstanley explains how the shop, which opened in 1995, has evolved to meet the demands of its customers, starting with some famous names.

“When you tell people that the potion books from the Harry Potter films were made here, or that the book in which one of the characters was imprisoned in during The Chamber of Secrets (2002), they get excited,” he says. “One of the first things we did when we opened was for The English Patient (1996), and it went on from there.”

Just as Winstanley looks around to pick out some of his original work, he spots a particular book and places it on the table. “This one,” he says pointing to an aged leather cover, “I saw in Gangs of New York (2002) the other day. We worked on it so long ago that I had almost forgotten about it.”

Even if you haven’t visited the shop yourself, chances are you will have seen the books that Winstanley and his team have produced. The spectacular Olympics opening ceremony in 2012 not only shone a light on the city of London, it also featured a number of literary icons from the country. JK Rowling read from a book produced at Wyvern Bindery, which was a neat way to reference the books that the team made for the Harry Potter films.

Most of the materials used at Wyvern Bindery are sourced from England, however the leather comes from India, Nigeria and South Africa. “The most satisfying thing I’ve ever worked on isn’t here, it was in Ethiopia on a 6th-century manuscript.” 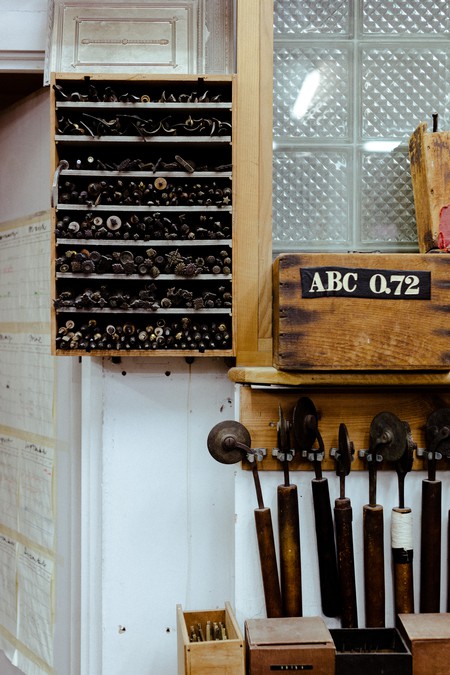 As glamorous and attention-grabbing making props for films and TV is, the day-to-day business is still creating bespoke books for customers from a variety of backgrounds. They also receive their share of bizarre book requests.

“There was a lovely moment where a character chops a book in half in Game of Thrones. I got a call afterwards from a chap who asked, ‘How do you put a book back together..?’”

Winstanley has been as a binder for decades and has seen the impact of online shopping on the High Street first hand. Technology, however, has had an unexpectedly positive effect on his business: “The advent of more sophisticated printers, laser and inkjet, has meant people can now write and publish their own books at home. We’ve adapted to that and started to do smaller jobs and one-offs.” 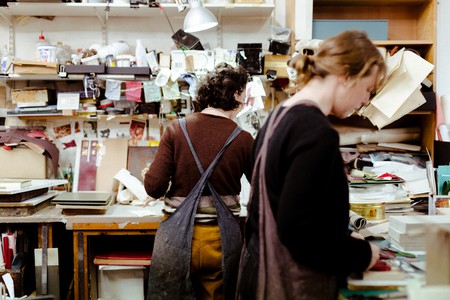 The obvious question for a business like this is how the increase in audible and electronic books will effect operations.

“We just bound what I think will be the last ever set of copies of the Encyclopaedia Brittanica in leather,” says Winstanley. “That was your internet, your only real reference library at home, but now it’s all online. There’s no point, given the cost, of binding things like that that are constantly updated. You can’t get the Oxford English Dictionary in a bound form these days.”

Its not all doom and gloom, however. Winstanley remains positive about the future for physical books. “At the top end, you will always have books. I don’t think the demand for that will go away, it will probably increase as there will be more value in the books themselves.” 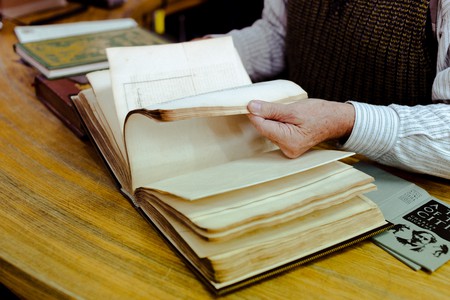