Matt Ross is one of those actors you instantly recognise, even if you can’t quite place where you know him from. He’s starred in many films and TV shows in the past, and is now forging an impressive career behind the camera. His latest directorial effort is the family drama Captain Fantastic, and we spoke recently to Ross about the movie and his own transition from acting to writing and directing. 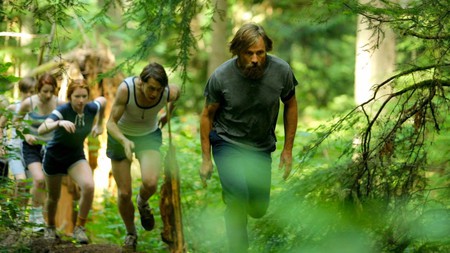 Debuting at Sundance earlier this year, Captain Fantastic follows an unconventional family headed by Viggo Mortensen’s Ben, a free-spirited patriarch. He and his wife have raised their brood of six in an idyllic but isolated rural spot in Washington State, living off the land and educating the youngsters from books, music. and poetry. The death of Ben’s wife leaves him with a difficult choice to make. Waiting in the wings is Jack (Frank Langella), Ben’s grief-stricken father-in-law who is intent on giving his grandchildren a more conventional upbringing.

It’s a complex film, with a number of themes running through it all pulling the central characters in wildly different directions. The younger family members begin to feel like they are missing out on what the world has to offer, while Ben questions his own abilities as a father.

Through his clever storytelling, Ross turns what could have been an overly sentimental film into an exquisitely balanced drama. The Culture Trip began by asking him how he made the move into writing and directing.

You’re best known for your work as an actor, so has making your own films been something that you’ve always had in mind from a young age?

I grew up in rural Oregon – actually I lived in Sussex for a while, too – so I didn’t get into acting until I was twelve through local theatre. I was already making films by that time. I’ve been doing both concurrently ever since. I guess for the eight people who know me as an actor, especially for the role of Gavin Belson on Silicon Valley, they will be surprised. ‘He made that film?!’ It might not connect.

I made films throughout my childhood, but I think as I got older I didn’t have confidence as a writer. I didn’t know what I had to contribute to the human experience through literature. I did film school and realised people were spending thousands on their movies, but I was using up all my acting money and didn’t really need to get into any more debt. It’s basically taken me a long time [to start writing and directing]. I’ve made a living as an actor, and enjoyed it, working with some extraordinary filmmakers, all of whom i’ve learned a great deal from. 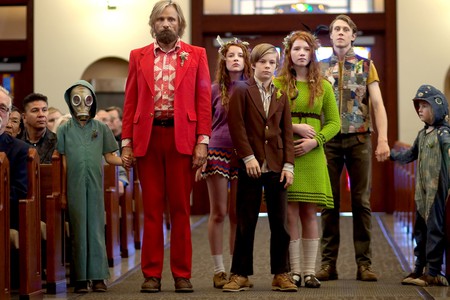 Has the transition to making a film like this, with a big cast and worldwide release, taken longer than you would have liked? How much of your own life experiences contributed to the script and characters?

I could not have written this film at eighteen, as it really comes from being a father and thinking about parenthood. Someone else could do that, but not me. The thing I would tell my younger self, or what I would tell younger filmmakers in general, is that there is no advice I can offer. I’m sure we’ve all had mentors in the past, but this is my path. What you are really capable of writing in your teens is writing about what it’s like to be a teenager. I’m disconnected from that in many ways now. I appreciate many films from younger directors and writers, but their concerns are not necessarily my concerns.

The three generations seen in Captain Fantastic [a concerned grandfather, a loving dad and a group of children growing up fast] are all present. I always say there are many Americas within the United States, and we see those, too: a rural America, a place “off the grid”, and suburban America. The second one of those usually manifests itself as either left-wing or right-wing. There is also the independent side that just wants to live in isolation.

The majority of the population of the US and UK live in suburban areas, but i wanted to depict all of those cultures with complexity and nuance. I didn’t want to vilify anyone. No one in this film is the villain. When I met Frank Langella, I told him [his character] is antagonistic towards Viggo’s character but that he is not the antagonist. That would have been boring. [His attitude to the kids’ upbringing] comes from love. His love is different but just as legitimate. 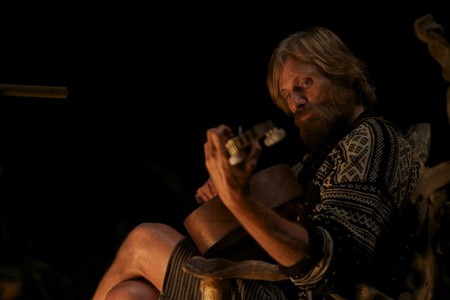 Viggo Mortensen, Mr Fantastic himself, also plays the bagpipes in the movie. | © EOne

Viggo Mortensen is the perfect choice for the role of Ben. Was he someone you had in mind as you were writing the script?

Viggo was my first choice. I met him and he liked it when we spoke in Venice, L.A. He was very frank and said he was very busy. He goes through long periods of not filming anything, but when he does make a movie he commits to it fully from the production to the promotion. That can go on for a year or more. I went off and spoke to another actor, but that didn’t work out. In that time Viggo’s scheduled opened up.

I didn’t initially know that he was so in tune with the character. What I knew about him was what you know about him and from things I’ve read and seen in interviews. I have been a fan of his for a long time, ever since I saw The Indian Runner, which is an extraordinary film. I’ve seen everything of his I’ve been able to get my hands on ever since. He brings integrity and gravitas. I’m impressed by what he chooses to do as much as by what he chooses not to do. It’s a statement of artistic intent, as he is the public face of the film and I define myself by who I collaborate with. I wanted to work with someone who I perceive to be a great artist.

Is his character based on anyone in particular, or is he an amalgam of people you know?

It was more organic than that. It’s hard to define where the character came from because in many ways it’s the proverbial rock that rolls down a hill and collects moss. There are several ideas, but there is a math of the narrative. You add other characters and lose some of those original intentions and it becomes its own entity.

There are a number of younger characters in the movie, six children as part of the main family and then others later on. Is there a reason there were so many, and were you tempted to reduce the number for the audience to get more time with each of them?

All drama is conflict, and you want to create that. I wanted to make it difficult for the main character. When I was writing I had different ideas based on my own kids. When my own daughter realised all things die, she became obsessed with that idea.

It’s fascinating to see that. I was writing down things my kids said in my mind. I also wanted to create two young women who were badass. They are strong and aren’t defined by boys. I had to stop at some point, but six felt like the sweet spot.

You mentioned earlier about how writing for different age groups can be difficult. We see George Mackay’s character Bo struggling to fit in with ‘normal’ situations, is that a general reflection on adolescence, or a more specific issue he faces given his upbringing?

Bo really displays the difficulties we all face fitting in through our late teens, but there is a specific situation he is in. There is a distance from kids your own age and an alienation from whoever we are attracted to at that age, but Bo doesn’t even speak the language, given his references. He has no idea about the music or TV shows, for example. 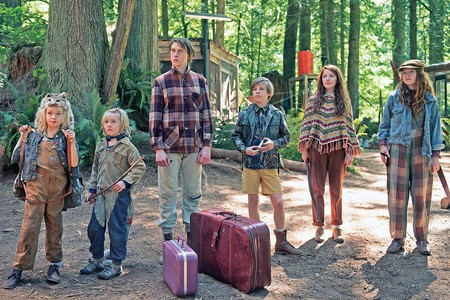 Boot camp with a purpose | © EOne

What was the importance of the boot camp period, what disciplines did the cast learn during that time?

The kids did a wilderness and survival camp and it served as a great bonding experience. They learned a lot and the girls, for example, had to dress a deer for real as they do it in the film. We also had musical rehearsals and rock-climbing. They had reading lists and Viggo was learning the bagpipes. The intention behind that is purely bonding to contextualise the film and basically like each other and have their own language. Hopefully it also meant they looked up to Viggo as a father figure. 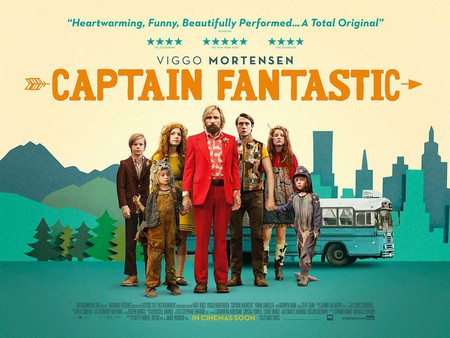 We’ve seen trailers and posters for the film for a while, and the Sundance screening was a big hit earlier this year. But has the time between the end of filming and the release of the movie been frustrating at all?

You know directors have very little say on trailers and posters. Sometimes you are in the discussion, but ultimately they are designed to sell the film and that’s where arguments tend to happen. In an ideal world I would cut my trailer and mock up my own poster, things that aren’t based on perceived ways on getting people into theatres. I’m dogmatic about it because I collect posters as art and think that trailers should be two-minute films. European posters tend to be bolder and less like marketing materials.

I’m just very proud of the film. Usually on promotional tours, it’s just the director as last man standing, but having Viggo on board I knew he would be just as committed to the film as I am.

Captain Fantastic is out in the UK on September 9th