Will the Humble Drive-in Save Cinema and Sport After Coronavirus? 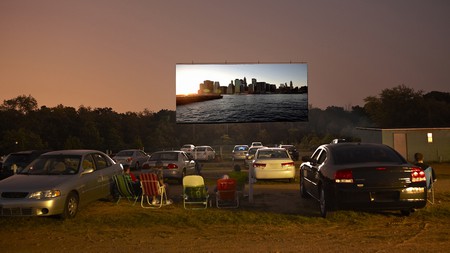 Drive-in cinemas are today considered retro and nostalgic, but the once-popular form of entertainment might soon see a resurgence in the wake of a global pandemic.

Drive-in cinemas went from the ultimate teenage coming-of-age experience to tacky gimmicks in the space of a few decades before a global pandemic initiated an unlikely reversal of fortune. The vintage form of entertainment could now be the saviour of both the film industry and the sporting world.

The rise and fall of drive-in cinemas

Throughout the 1950s and early ’60s, drive-in theatres were a staple of life in North America. It was a time when the mass popularisation of the automobile came about thanks to lowering costs and a post-WWII economic boom. Many families were not just buying their first car, they were also buying their second, and spending money modifying their vehicles. With this newfound freedom came a desire to explore, and a trip to the drive-in became a popular pastime, particularly among teenagers. 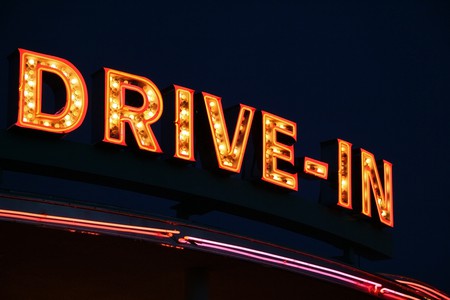 Drive-ins proved to be the perfect spot for a first date, and the relative privacy of a car meant that the venues earned the nickname “passion pits”. Tickets were cheaper than at regular cinemas, and because it was easy maintain one screen and serve food and drinks outdoors they turned major profits for the owners. In an attempt to capitalise on this initial success, some venues offered a multitude of attractions from petting zoos to on-site motels that faced the screen. The only thing that failed, and the move that ultimately stunted growth, was the attempt to screen movies in the daytime. Due to lighting, drive-ins were limited to one show per night, whereas the emerging multiplexes could show several films at a time at all times of the day or night. 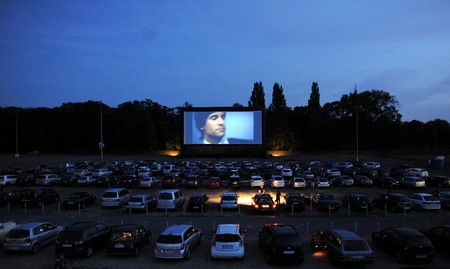 Drive-ins popped up all around the world, including in Hanover, Germany | © dpa picture alliance archive / Alamy Stock Photo

A later threat to drive-ins came from the introduction of home video formats. People could now watch whatever they wanted, whenever they wanted. Using a car also became unpopular during the energy crisis of the 1970s and the introduction of daylight saving time saw an extra hour of daylight. This hit profits hard just as land prices soared, and it was becoming more viable to sell off the vast amounts of land needed to operate a drive-in than operate a cinema on it.

The benefits of large spaces catering to individual vehicles would be lost for decades.

The impact of coronavirus on cinema and sporting events

Virtually all professional sport (apart from virtual sports) came to a grinding halt with the outbreak of coronavirus. Large crowds, unclean arenas and public transport were all potential hotspots for the disease, with one game in particular being singled out as a cause for the spread of the deadly virus in Spain and Italy.

The Champions League game between Atalanta and Valencia was played out in front of 44,000 fans in Milan. Three days later the first death from coronavirus was reported in Italy, with Spain recording its first virus-related death soon after. No one can trace the outbreaks directly to a single source, but many reported the match as a breeding ground; the mayor of Bergamo deemed the match to be a “coronavirus biological bomb”. Reports have also emerged that the home game between Liverpool and Atlético Madrid on 11 March in the same European tournament led to a surge in coronavirus infections in Merseyside. 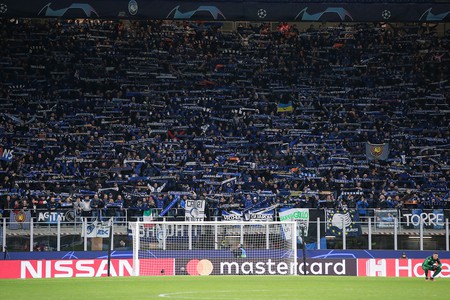 Although authorities enforcing quarantine are aware of the need to get some form of entertainment back up and running, they are understandably hesitant to rush and risk undoing any positives from the lockdown. One Danish football team has now mooted an idea which is quickly gaining online support and turning the heads of other top-flight teams: why not play games in empty stadiums but broadcast them live to people while they sit in their vehicles in the stadium car parks?

In the US, the small number of drive-in theatres that still operate in 2020 were among the last entertainment venues to close as quarantine was rolled out. They were open long after traditional cinemas were boarded up, and will likely be able to reopen before indoor movie houses.

Under the strictest forms of quarantine, public events for entertainment purposes, of any form, remain banned. However, even when the first phase of lockdown is lifted and some non-essential services can resume, mass gatherings will still need to be drastically curtailed. This is where responsible drive-in theatres can step in by offering large screens for communal viewing from cars so people can maintain social distancing.

In the German city of Essen a pilot scheme allowed drivers to partake in a series of film screenings as long as there were no more than two people in a vehicle at a time. Toilet breaks also had to be regulated to a one-at-a-time policy and no food or drink was served. Of course, one of the benefits of bringing your own car is that you can safely bring your own food too. 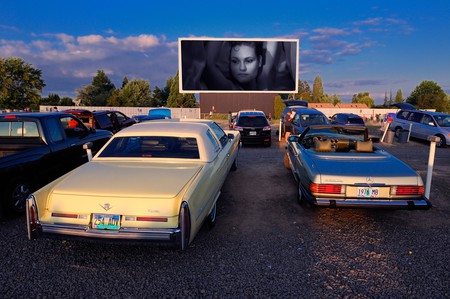 The ease of setting up a modern drive-in cinema could also play a factor in the return of the format. Inflatable screens, cheap LCD projectors and rudimentary audio which can be broadcast short distances via radio frequencies mean that drive-ins can be set up in a few minutes in almost any location. For sporting venues and stadiums, semi-permanent digital screens can also be built allowing for daytime events to be broadcast live.

People may also feel more comfortable, at least in the short-term, staying in their own vehicles and not having to interact directly with strangers if these initiatives gain popularity. A crowd is a crucial part of the atmosphere for viewing both sports and films, so these open-air options could help us to feel united in these uncertain times.