Why Wimbledon Participants Wear All White 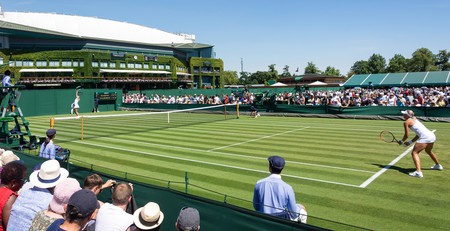 As the oldest tennis tournament in the world, Wimbledon prides itself on tradition. Played in a leafy suburb of South West London since 1877, some of its rules and regulations have been a constant throughout, with one in particular that sets it apart.

Along with its grass courts, and penchant for strawberries and cream, the All England Lawn Tennis & Croquet Club is very particular when it comes to dress code. Arguably its most famous, and on occasion controversial, tradition is the dress code the club insists its participating players adhere to; at Wimbledon only white will do. Proper apparel is at the discretion of the referee, who can force a player to change his or her clothing should they deem it inappropriate.

The rule dates back to the 1800s when the sight of sweaty patches on coloured clothing was seen as inappropriate. It was adapted to the “predominately in white” rule and adopted by Wimbledon in 1963 before evolving in 1995 into the“almost entirely in white rule”. In 2004 it was taken a step further, with accessories added. No more scarlet socks or violet visors, only all white would be alright. 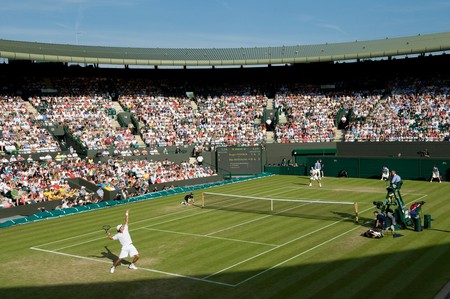 There are seemingly no exceptions to the code of the club, with some the biggest names in the game castigated for their use of colour. In 2017, during a rain delay in her first-round match, five-time singles champion Venus Williams changed her pink bra when it was deemed in violation of the tournament’s rules. In 2002, Anna Kournikova was forced to replace her black shorts with white ones. Without white ones of her own, she borrowed a pair of baggy men’s shorts from her coach before cutting off the logo so as not to breach her sponsorship deal with a rival brand. 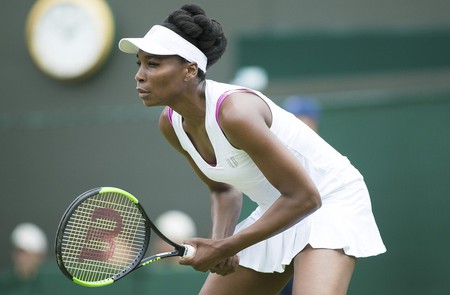 Even Roger Federer – considered virtual royalty on Centre Court – had to replace his orange-soled sneakers because they violated the dress code, while Andre Agassi, known for his outlandish and colourful outfits (and jean shorts), refused to adhere and so didn’t play at Wimbledon until he turned 21. 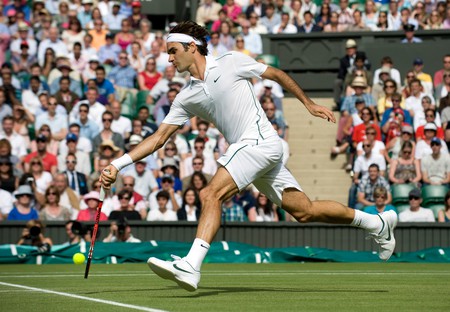 So while the rest of the tennis world plays out in glorious technicolour, Wimbledon wears white and seemingly always will.

– No solid mass of colouring

– Little or no dark or bold colour

– Preference for back of shirt to be totally white

– Preference for shorts and skirts to be totally white

– All other items of clothing including hats, socks and shoes to be almost entirely white. 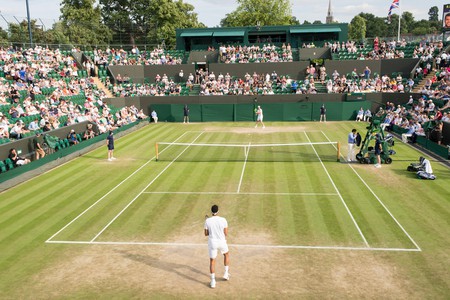 Court No. 2. at The Championships, Wimbledon, 2017 | © Nicola Ferrari RF / Alamy Stock Photo
Give us feedback