How Savile Row Suits Found Favour With Monarchs and Millennials 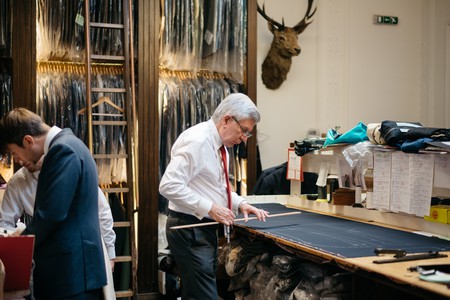 London’s Savile Row tailors have been attracting discerning shoppers from far and wide for over two centuries. In an age of fast fashion and dying trades, they explain how an English tradition is being kept alive by millennials who see the value in owning – and making – immaculately tailored suits. 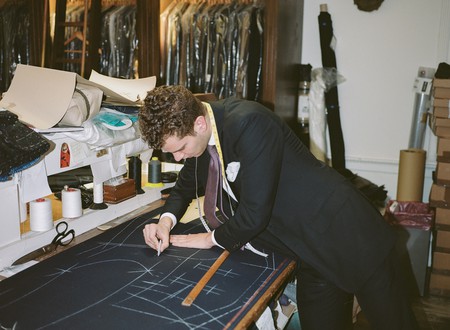 Defined by time-honoured tradition, London’s Savile Row is the best in class when it comes to bespoke tailoring – and it has been for over 200 years. Indeed, this West End street remains free of fast-fashion brands, setting it apart from the rest of the city’s shopping destinations.

Today, both world-renowned and under-the-radar ateliers operate in the area. Each one celebrates English craftsmanship, using time-tested techniques to maintain prestige and quality. 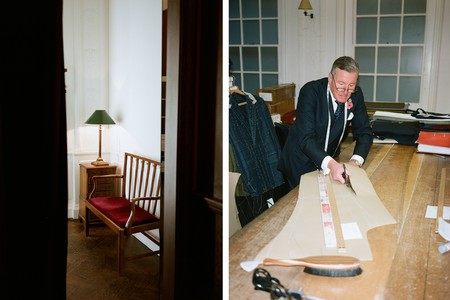 “The service, knowledge of the in-house tailors and the fabrics we use make the Savile Row experience what it is,” says Colin Haywood, managing director of Anderson & Sheppard, whose tailors have been plying their trade since 1906. “A lot of the companies here are well over 100 years old and they work in the same way they did when they launched.”

Fred Astaire was a great admirer of Anderson & Sheppard, regularly bringing some Hollywood glamour to this most British of establishments, and Prince Charles, as British as they come, has been a customer since the 1980s. 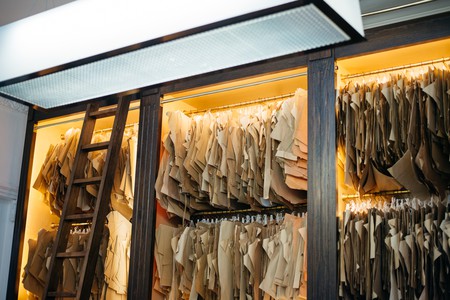 It all starts with the fabrics, which are ordered on demand from the UK’s most prestigious wool mills. The store’s leather-bound records now contain over 4,000 swatches, some of which date back to the 1920s. Customers also have the option to design bespoke tweed.

Each customer’s measurements are logged by hand and kept forever; once a suit pattern is cut to size, it claims its permanent place on the workshop rails. 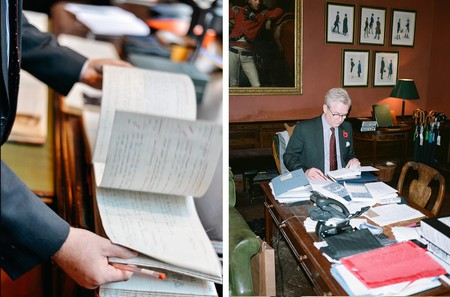 “It takes about eight to 10 weeks to make a bespoke suit,” says Haywood. “There are a lot of people involved, from the pattern cutter to the trimmer. Some of our team members have worked here for over 40 years, and we always have an apprentice who works closely with a long-standing mentor – it’s like a family at times.”

Anderson & Sheppard is exceptional among Savile Row tailor’s in that it employs experts who specialise in either jackets or trousers; someone else entirely is dedicated to adding finishing touches.

“Sometimes people want their initials embroidered on the lining, or special features like a boarding pass-sized pocket if they travel a lot,” says Haywood. “We have one customer who adds a contrasting-coloured welt to the undercollar of every blazer – it’s his own signature design detail.” 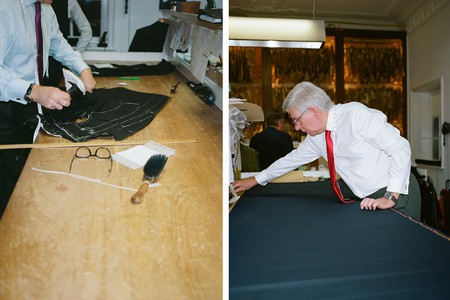 Among Anderson & Sheppard’s accolades is its royal warrant – the official recognition of its status as a supplier of the British monarchy – hanging proudly on the wall. A treasure of a different sort is the logbook containing the scribbled details of a suit purchased by Marlene Dietrich – indeed the first suit the store ever sold to a woman – in the 1930s, a time of significant change for female fashion identity, when androgynous suiting was a statement of empowerment. 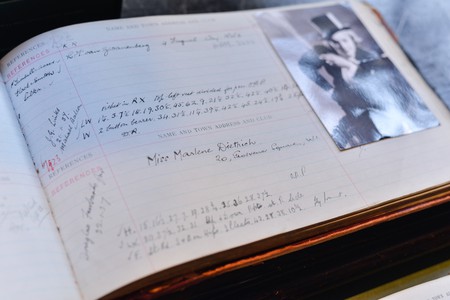 Today, it has such a strong international following that its tailors travel to the US and Hong Kong for consultations. “Once a customer’s patterns have been cut, he can order suits without having to come into the store,” says Haywood. “Fabric can be chosen from swatches that we send out and the same tailor who worked on the first order will make any follow-up suits to ensure consistency.”

A Savile Row address conveys a certain level of service. For Richard Anderson, who opened his namesake store here in 2001, having one was a must. “In 2016, Westminster Council implemented new planning rules and regulations to ensure the protection of five historic London addresses, Savile Row being one. It’s still a destination street,” he says. “It look us six to seven months to secure number 13 and I think it certainly helped that myself and Brian [Anderson’s business partner] have nearly 100 years of combined experience working for other tailors.” 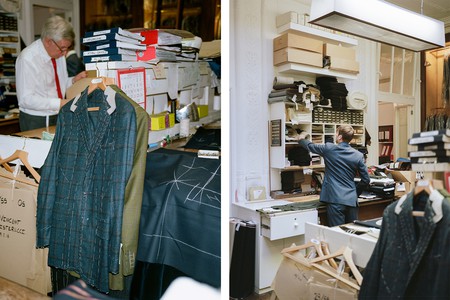 Every Savile Row tailor’s offers something slightly different to the next: signature styles vary in terms of fit, cut, detail and aesthetic. What connects them is their roots in English tradition. So, when eponymous menswear label, Richard James, opened here in 1992, it caused quite the controversy, with some questioning the future of the street. The designer brought colour and vibrancy, and was the first to advertise widely. The year the store opened, Esquire reported: “There’s a new boy on the row and he’s causing quite a stir.” 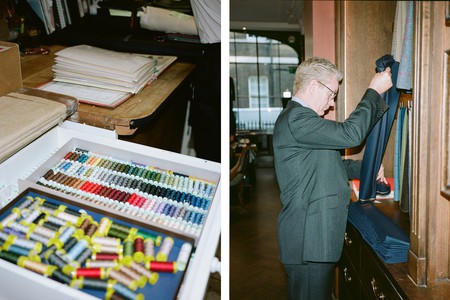 “I think some of the old hands may have had their feathers ruffled,” says Haywood. “But it’s good to keep things fresh and exciting. It doesn’t take away from anything that we do.”

Now, Richard James offers bespoke, made-to-measure and ready-to-wear options all in the same space, and, despite initial reservations, Anderson sees the benefit in adding more accessible collections into the mix. “The introduction of ready-to-wear and made-to-measure services have definitely influenced the tailoring industry,” he says. “Nowadays, most brands here stock seasonal collections – you wouldn’t have seen that back in the day but it’s an opportunity to introduce Savile Row to younger customers.” 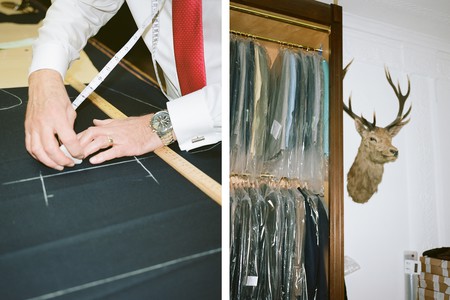 Anderson & Sheppard has also noticed a surge in interest from millennials, largely attributed to media coverage and the novelty of bespoke fashion. “There’s a definite awareness in the value of having something made to your specific requirements,” Anderson says. “The amount of young people wanting to come into the trade is also good. We have a lot of enquiries about apprenticeships.”

For Anderson, new generations of customers and tailors are equally vital to driving forward this niche way of shopping. “It’s extremely important that we continue to inject new talent into the industry,” he says. “The future will always be bright as [long as] we continue to produce talented, technical cutters.” 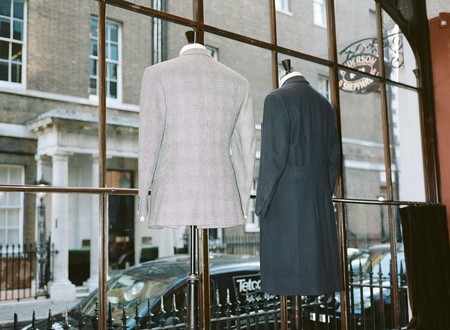