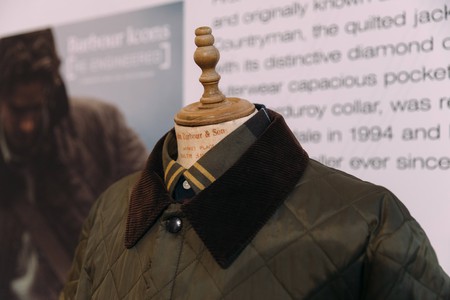 Each season, British heritage brand Barbour presents its collections at London Fashion Week Men’s, which values new ideas above all else. Head of menswear, Ian Bergin, and Helen Barbour, a fifth-generation Barbour, explain why there’s a place for a timeless label at such a trend-focussed event.

There’s no fashion item more synonymous with the English countryside than a Barbour jacket.

The label, which dates back to 1894, is loved the world over for its quintessentially British aesthetic; the classic wax jacket remains at the forefront of its offering, each one handcrafted in the brand’s home town of Simonside in South Shields.

Barbour epitomises traditional British fashion – Daniel Craig even wore the Beacon Sports jacket when he played James Bond in the 2012 film Skyfall – but, given that London Fashion Week Men’s (LFWM) is an event known for presenting the latest trends and freshest design talent, it’s surprising that a label so steeped in heritage should deem it a good fit season after season. 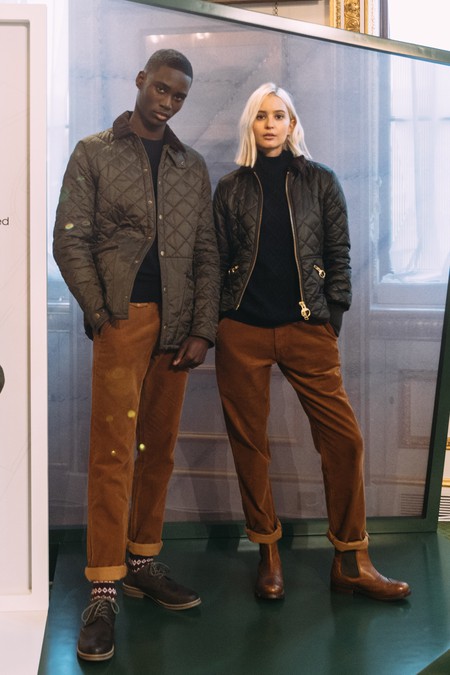 Helen Barbour, vice-chair and fifth-generation family member, sums up the appeal of the label. “We aren’t a fashion brand; we’re a brand that’s in fashion,” she says on the appearance of Barbour at LFWM in January 2019, at the start of its 125th-anniversary year.

The event provided the perfect platform to launch the celebratory ‘Icons Re-Engineered’ collection. It’s a series that pinpoints milestones in Barbour’s history. Each new style is inspired by a jacket from the company’s archives but has been designed with the modern consumer in mind. It’s an approach that head of menswear Ian Bergin and his team favour over responding to trends.

“To follow fashion [would be] to lose the point if the trend isn’t relevant to our core values. It’s important that we stay true to what we stand for,” he says. Function, quality and attention to detail have always been key, and this consistency is down to the family-run aspect of the business. 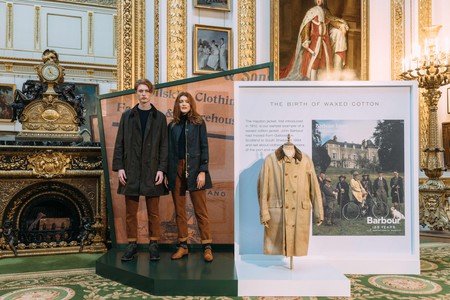 Barbour has lived and breathed the brand her whole life. “I instinctively know what the brand is,” she explains. Her memories date back to her early childhood, when she would go with her mother into the office during the school holidays. “I remember going into the cutting room and seeing what I thought were the most enormous scissors.”

It was during the 1980s that she began to appreciate what it really meant to be a part of the Barbour family. It was the label’s most definitive era and a time when the idea of celebrities as style icons was a novel concept. When Princess Diana wore the brand for the first time, Barbour wasn’t sure how to react. “It was a big deal, but it was worrying, too. We suddenly went from a functional label favoured by farmers to having an association with Sloane Rangers (a nickname given to upper-class Londoners at the time). I remember thinking: ‘This could be difficult.’” 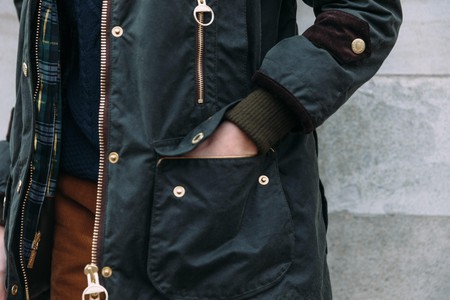 But Barbour’s focus on timelessness and understated style has continued to flourish; today, its appeal reaches across the UK and beyond. When the Beacon jacket featured in Skyfall, it was adapted to mimic the on-screen version and relaunched as the Commander. It neatly demonstrates how Barbour envisages her family’s label appealing to a contemporary consumer. “We don’t follow trends, but we see what’s working for us and try to give people what they want,” she says. “Every new style is derived from an original.”

When it comes to Barbour’s place on the LFWM schedule, it’s important to Bergin not to get caught up in the event’s reputation for presenting original ideas. “We keep our presentations authentic,” he says. “Trends change, and that’s what makes fashion exciting, but heritage brands stand for something that is established and long term.”

The ‘Icons Re-Engineered’ presentation took place at Lancaster House in Central London, and the building’s grandeur and history seemed particularly fitting for the occasion. The format felt more like an exhibition than a fashion show, with each new jacket displayed alongside its classic counterpart. It’s a unique approach, with the concept standing out against three days’ worth of back-to-back runway performances and static presentations, but it’s exactly this that secures Barbour’s long-standing place at the event.