Why Christmas and Darts Go Hand in Hand 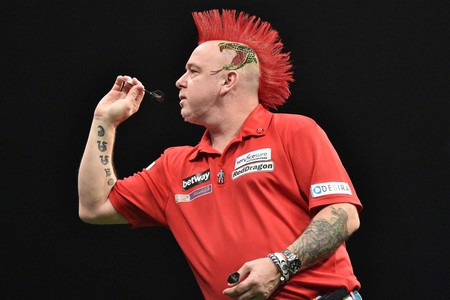 One sporting event, held every year in one of London’s most iconic venues, has become a staple of the festive period. ‘A night at the darts’ has become a bucket list thing to do, and for good reason.

The lazy opinion is that this a pub sport for overweight men, wiling away the hours by throwing their darts at a target on the wall, while swilling pints in the process. Grainy footage from the 1980s, darts’ first great heyday, would somewhat support that argument. The Lakeside, in Frimley Green, Surrey, filled with smoke, was broadcast to millions of British televisions every year, as darts players gradually became household names. 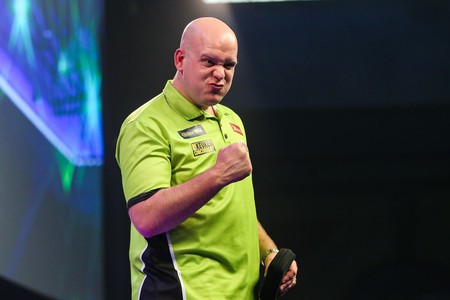 Although the World Championship has remained a constant, the sport suffered an undoubted lull towards the end of the 20th century. All that has changed in the last decade, however, with the PDC (Professional Darts Corporation) World Championship now a favourite of sport lovers every Christmas. It’s skilled, entertaining and utterly enthralling.

Firstly, some context. There are two world championships in darts: the PDC and the BDO (British Darts Organisation) tournaments, run by each organisation. The BDO World Darts Championship is the original competition, having been held every year since 1978. The first PDC World Championship was in 1994, two years after the organisation’s formation. The PDC (previously named the WDC) was founded by a group of the sport’s top players, after they became dissatisfied with a decline in TV coverage and the way in which the BDO controlled sponsorship deals and revenue.

Players were not allowed to wear personal sponsors on their shirts during BDO tournaments and forced to wear BDO sponsors instead. Players also, allegedly, were not paid for featuring in promotional products. As a result, in 1988, some of the top players formed the Darts Council and tried to work with the BDO to ensure they received what they deemed a fairer split of the revenue generated.

By the late 1980s, sponsors had begun to turn away from darts because of its image and association with pub games and alcohol. The Darts Council urged the BDO to work harder in promoting a cleaner image, and attract more sponsors and grow the game, but little was achieved. Eventually, frustrated with the lack of progress, the Darts Council broke away and formed what would become the PDC World Championship.

The split has widened ever since, with players electing to either exclusively play in BDO tournaments or PDC alternatives. While the BDO has struggled to adapt, gaining a reputation as an old-fashioned, stubborn set-up, stuck in its own ways, the PDC has become a global success. What we’re left with today are two tournaments that carry the title of ‘World Championship’, though the BDO has essentially turned into a feeder set-up to the PDC. All the game’s best players compete in the PDC; it’s where the exposure is, where the good competitions are and where the money is. A player receives £300,000 for winning the BDO World Championship, while this year’s winner of the PDC equivalent will take home £1.8 million. And while the BDO remains at the Lakeside (a fine venue regardless), the PDC pulled off a master stroke when it began hosting its world championship at Alexandra Palace.

The success of the PDC has grown continuously since the organisation’s inception, but since moving its premier tournament to Alexandra Palace, the historic venue in North London, it’s taken on a lease of life that has propelled the sport back to its early 80s zenith. ‘Ally Pally’ is one of the country’s top music venues, with The Strokes, The Stone Roses, Jay-Z, Led Zeppelin and The Rolling Stones just some of the illustrious names to have performed there. It’s hosted the MTV Europe Music Awards (in 1996) and was the hospitality venue for the Dutch Olympic team during London 2012.

The venue is perfect. Fans flock to see the tournament, creating an atmosphere that is part football ground, part stag do, part Christmas party. Its timing is essential. Held over a two-week period that straddles Christmas and the New Year, it’s broadcast when people are either in the pub (perfect) or beached on their sofa due to over indulgence, laziness or a combination of the two (even better). 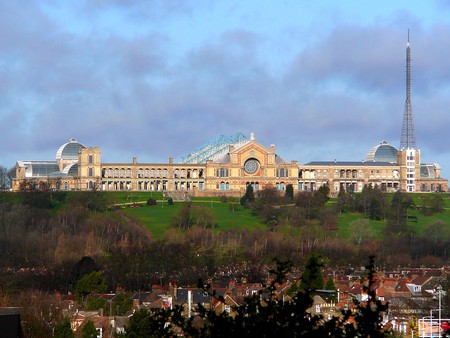 Anyone that has tried to play darts properly is well aware of the skill required to succeed. Constant, minute adjustments are required to judge the pace, power, rhythm and accuracy on every single shot. The almost metronomic quality of each dart thudding into its minuscule target provides constant moments of ‘will he, wont he?’ It’s the longest penalty shoot-out you’ve ever seen, with snippets of extreme triumph, utter despair and players buckling under the weight of pressure.

It’s unadulterated drama. For the casual observer who catches it on TV, it becomes a visual earworm, gradually finding its way into your affections with every shot taken. If you’re one of the lucky 2,500 people there to watch it live it’s exactly the same, only fuelled on by mob mentality pitchers of beer. And while there may well still those that scoff at its pub sport reputation, there are an ever-increasing number of fans that have fallen in love with it, including Richard Osman, Stephen Fry, and Prince Harry.

The PDC World Championship is as comforting as it’s compelling. While some sports, as fantastic as they may be, can be quite restrictive in attracting new fans, due to their complex rules and a lack of clarity in what is trying to be achieved at certain points in the game. What’s a second down? Why’s it called silly mid-off? Who’s offside again? In darts, it’s instantly clear what is happening. Players either make their shots or don’t – there is no referee error that can help or hinder them.

Darts has literally never been better. What players are achieving is of a standard never seen before, and it gets better with each passing year. There are few greater things to do in London over the Christmas period than buy a ticket to Ally Pally and spend an evening in sporting nirvana. World-class sport in a world-class venue, what’s not to like? You probably love it already, you just don’t know it yet.