Why Are There No Haute Couture Fashion Houses in London? 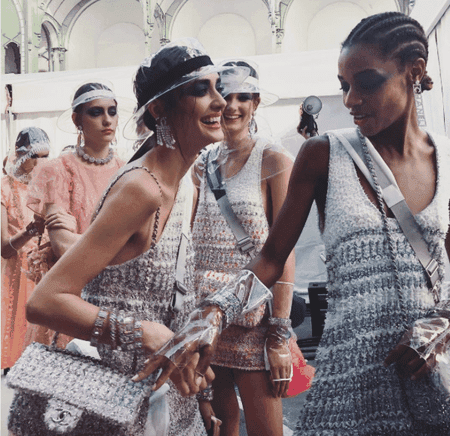 Parisian haute couture is something of a marvel, the ultimate in aesthetic perfection. A concept initially launched in 1858 when Charlies Frederik Worth established the first couture house with his exclusive luxury designs, it remains a predominantly French notion still today. But why is it that there are so few London labels that fit its somewhat exclusive criteria and what is it that makes British fashion so different? We explore the idea.

To qualify as a legitimate couture house and sit alongside the likes of Chanel, Dior, Givenchy and Lanvin, a designer must twice-yearly present an exquisite collection of at least 50 pieces that cover both day and eveningwear, have a Paris-based atelier, employ at least 20 highly skilled technicians and offer a made-to-measure service for private clients. These are the guidelines as outlaid in 1945, and at the time there were over 100 different labels that complied to the rules. Now, it’s a much more elitist club with fashion’s most innovative and globally recognised names pioneering the industry. Only 15 labels are worthy of such title.

Unlike the more widely known Fashion Week’s that take place in New York, Milan, London and Paris twice yearly, couture week spans just three days with only around seven shows taking place per day – a much less saturated market and a chance for the work of these artisans to be fully appreciated by the press that gather for the occasion.

Despite the small number of haute couture labels still in existence today, however, last season saw an additional 21 names on the show schedule. Why? Fédération Française, the organisation behind the event, reportedly wanted to embrace the different ways of approaching couture. It welcomed a handful of designers (Viktor & Rolf and Australian label Ralph & Russo for example) that don’t quite abide by the rules. Perhaps this shift in mind-set is a way of broadening the culture of couture and reaching out to those seemingly worthy labels in the future, British brands included. Might we see the likes of Alexander McQueen, Burberry and Vivienne Westwood gracing the runways in Paris in July as well as for their usual residencies in February and September? Perhaps. But until they create pieces entirely made by hand and using design patterns that require an unrivalled level of skill to make, it’s unlikely that they’ll be given the haute couture crown.

On the other hand, recent seasons have seen more affordable French labels making their way across the channel and onto the streets of London with ready-to-wear labels such as Sandro, Zadig & Voltaire and Maje bringing a new dimension to the city’s style. Whether it’s an appreciation for London’s flair for streetwear or not, it could be a sign that times are changing and that France is no longer the pioneer of all things fashion.