Who Is The London Street Artist Bambi? 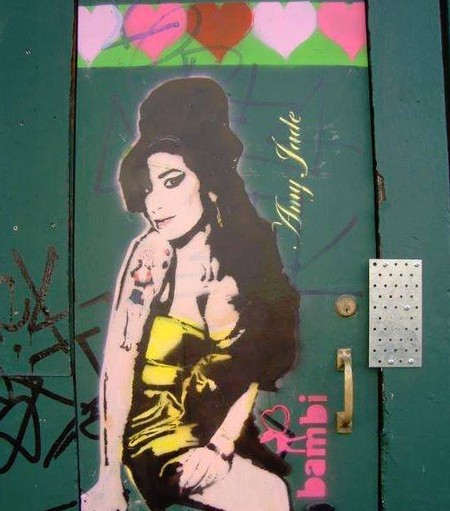 Bambi first came to the street art scene in 2010, when her tag appeared in Camden, beneath a portrait of the late singer Amy Winehouse. Since then her work has emerged around London, depicting individuals such as the “Queen” of reality TV, Kim Kardashian, as well as actual royalty, in the shape of Prince William and Kate Middleton.

But who is Bambi?

She’s sought after by Harry Styles, and Brad and Angelina, yet nobody actually knows who she is. Mystery surrounds the London based artist and only a select few people know her actual identity. One being her mum, and the other is fellow anonymous street artist Banksy. Despite her eagerness to keep her identity a secret, she has however alluded to the fact that she has had a prominent career as singer. And a number of well-known names have been thrown into the mix as the potential Bambi, including Geri Halliwell, M.I.A and Paloma Faith.

But how did Bambi become Bambi? In a rare interview given by the artists to the Guardian, she admitted that her artistic career started as a “childhood vandal.” On Bambi’s ninth birthday she was given an airbrush spray kit with some air canisters, and her career as a street artist was history. From spraying the bonnet of a Rolls Royce to studying an M.A. at Central Saint Martins Art School, Bambi now produces artwork that is inspired by contemporary society.

It’s been six years since Bambi first appeared on London’s streets, and since then she has created some spectacular pieces of street art around North London. Her artwork is a reflection of current events, as well as modern day icons, such as the Diamond Jubilee tribute that can be found on Pickering Street in the suburb of Islington. In this piece Bambi depicts Queen Elizabeth II as a young woman on a throne, as the Queen of Diamonds. You’ll also find the title of the piece, Diamonds are a girl’s best friend accompanying the artwork. The queen isn’t the only royal to be truly celebrated by the artist. In celebration of the royal couple’s wedding, Prince William and Kate Middleton were stenciled onto the corner of Liverpool Road in Islington; this piece is titled A Bit Like Marmite. 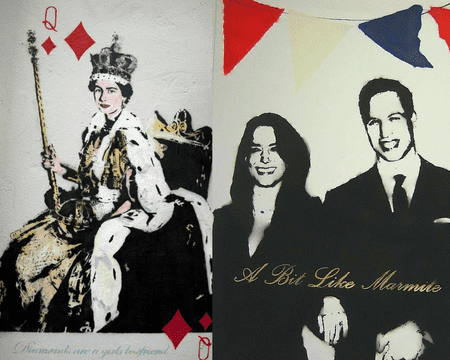 Other examples of her work include It always seems impossible until it’s done, a portrait of Nelson Mandela (located on Mandela Street in Camden), which was completed to celebrate Mandela’s 95th birthday. 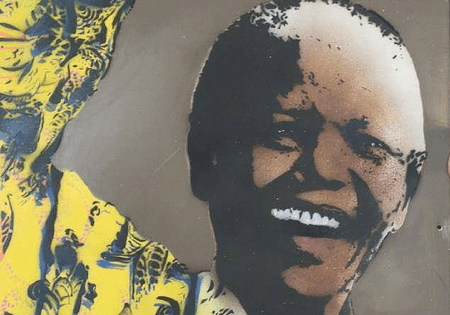 It Always Seems Impossible Until It's Done | © Bambi Street Artist/Facebook

But it isn’t just celebrities that Bambi focuses her attention on. Her artwork has been known to explore themes of politics, feminism and street culture. Some of her more controversial pieces include the Rude Pope and I Am Too Hot For My Burka. 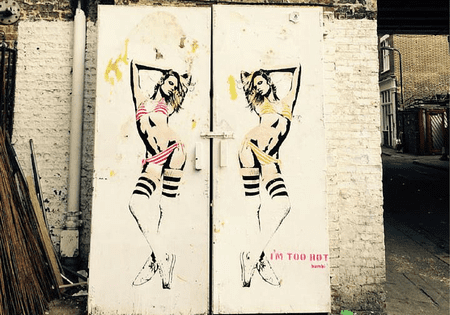 I Am Too Hot For My Burka | © Bambi Street Artist/Facebook

Bambi in the headlines

Bambi hasn’t just sparked the media’s interest because of her anonymity. Her artwork has also hit the headlines. Back in 2014 thieves stole Bambi’s artwork from a pop-up gallery in Islington, which was due to be auctioned in aid of the charity Art Against Knives. The five-stenciled images of sharks with florescent pink flowers were thought to be worth at least £20,000 and were stolen by thieves overnight from the gallery. 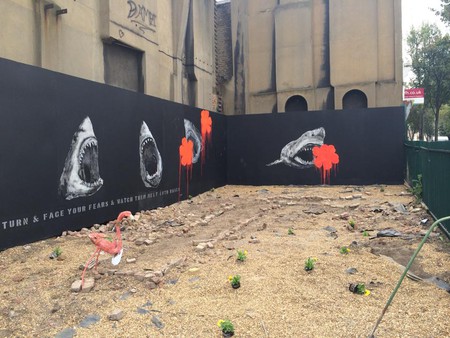 In this day and age it seems that you can’t have the success that Bambi has achieved without a few negatives. As is the case with street artist Bansky, a number of Bambi’s street art have also been defaced. Created in celebration of Wimbledon, Ball Dog as the piece was named, depicts a bulldog with two tennis balls in his mouth. The piece of artwork located in Angel’s Coin Street was painted over not long after it was finalised. The artist’s artwork of Amy Winehouse, titled Amy Jade was also defaced. Bambi has since repainted this and a Perspex screen now protects it, in the streets of Camden. 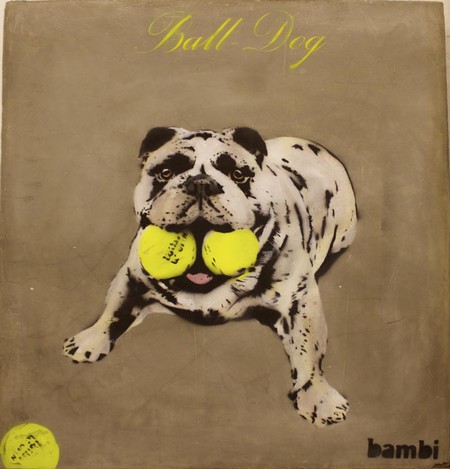