Where to Find Camden Town’s Most Exciting Street Art

Bursting at the seams with culture, Camden Town in North London is known for its markets, tasty food, musical outlets, vintage shops, bars and general eccentricity. Dispersed amongst the urbanity is intriguing street art that portrays various themes including celebrities, fashion, political issues, British culture and more. Here is a guide to ten dynamic graffiti pieces that really stand out from the crowd. 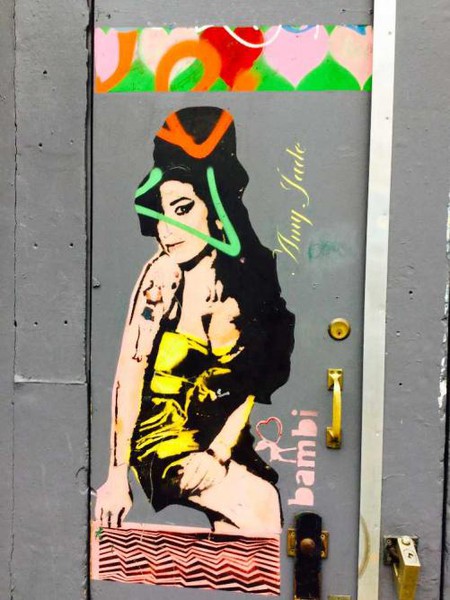 Appearing on walls, shop doorways or even on the side of residential buildings, artistic depictions of musical legend Amy Winehouse are scattered all around her hometown. Each image offers a unique memorial to the late singer, complete with different colors, textures and styles. Mysterious artist Bambi created this sweet portrait entitled Amy Jade. 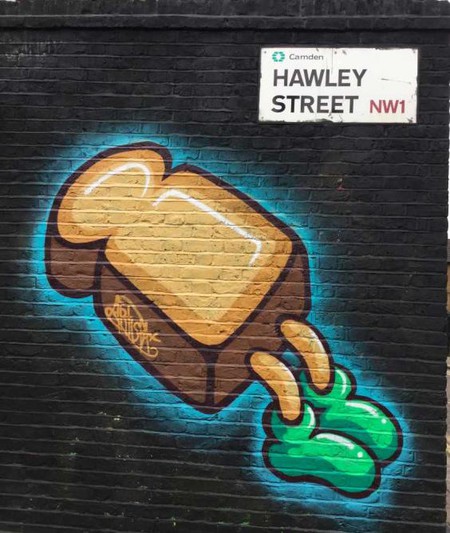 The vibrant piece of cartoon-y looking toast with dangling legs was created by London based Artista and is rather a big picture that can’t be missed. Similar pictures have popped up around other various locations within the capital.

Appearing to depict two men painting ‘Camden Lock’ on the bridge, this image provides an iconic indication of the location of the remarkable riverside Camden Market. 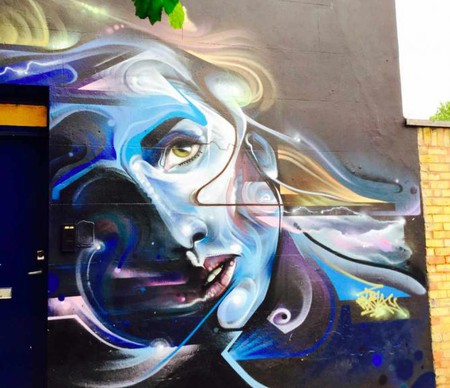 The dynamic array of pastel colours used gives the character a definition that really stands out from afar. The realistic look of the lady makes it seem as though she is casting a watchful eye over the neighborhood. 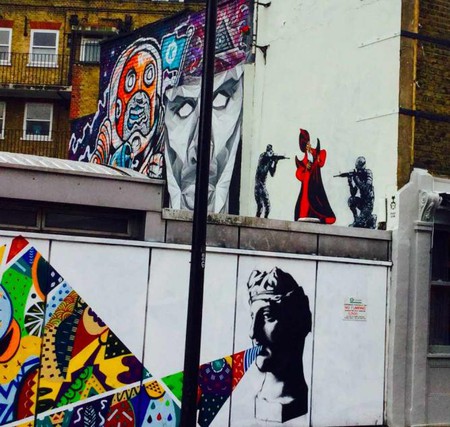 Various images are paraded along this street. One refined illustration that stands out is a piece by Trust Icon depicting malevolent Jafar from Disney’s Aladdin being held up by two soldiers. 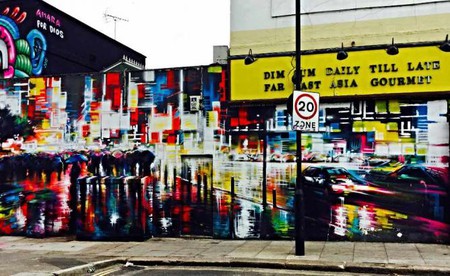 Capturing the hustle and bustle of London, this piece depicts people holding umbrellas in the rain and cars that cleverly give the illusion that they are moving. It’s a vivid, magnificent street art piece that really captures the urban culture of the city. 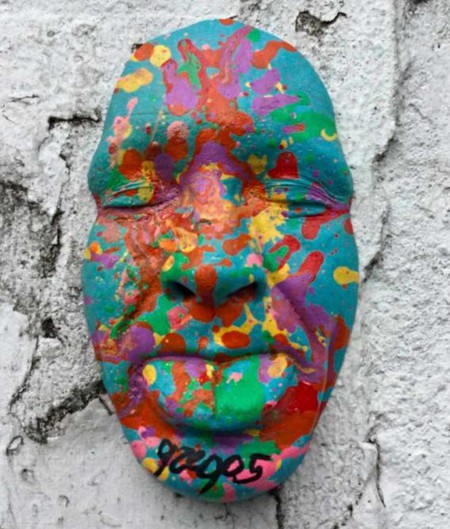 The infamous sculptures by Parisian Gregos Art can be seen a couple of times in the area, as well as across the capital. This particular colourful, paint-flecked figure captures the quirkiness of Camden and is situated at the entrance of a car park. 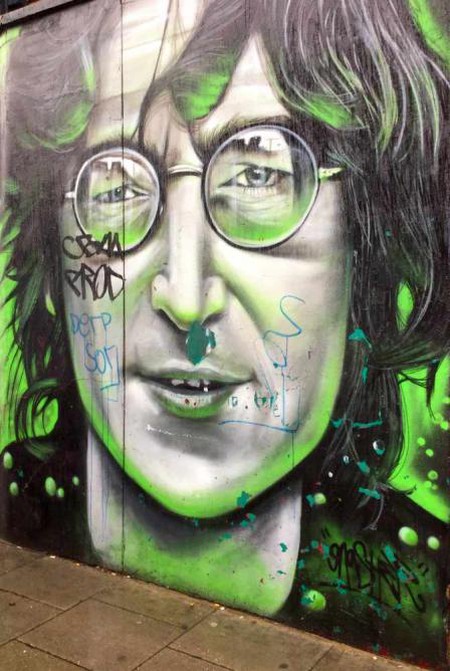 Illuminating the street with a wonderful dedication to music star John Lennon, this portrait’s fine details and green hue make the image visually striking. It’s a shame some graffiti tags have been added, but they don’t hide the fact that it is still a great piece of work. 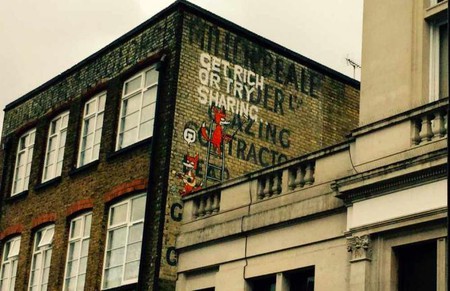 Worded ‘Get Rich or Try Sharing’, this piece shows two foxes, one painting, the other playing the guitar and is the work of satirical street artist Mau Mau. The graffiti is ironically situated above a roof adjacent to a bank. 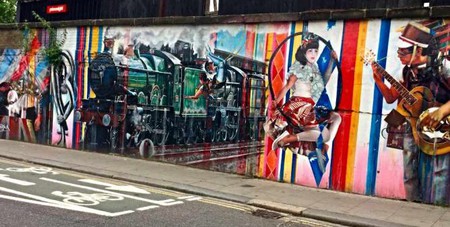 An eclectic mix of images portraying various artistic endeavors, including a one man band, acrobats and a boy reaching out to a stream train, is cleverly contained in one long piece of work situated near the Chalk Farm tube station.