What if Instead of Tweets We Shared Poems? 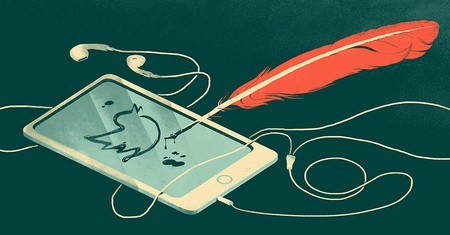 At a time where politics is being increasingly simplified into yes or no answers, the language of poetry offers complexity, nuance and greater understanding.

At the Milosz Festival in Krakow last weekend, American poet Jane Hirshfield asked: ‘What if, instead of tweets, we wrote poems to each other?’ She was speaking with Pulitzer prize-winner Tyehimba Jess – the only other American poet at the festival – discussing the role of poetry in finding solace at a time of crisis. The audience laughed, for they saw the irony of Hirshfield’s idealistic suggestion. Privately, I sensed they concealed a nostalgia for a place they knew could never exist.

At that same moment on the other side of the world, David Simon – the director of hit HBO show The Wire – was banned from Twitter, allegedly for telling the company’s CEO Jack Dorsey to ‘die of boils.’ Despite Simon’s colourful, even quite imaginative, language, this would most likely not constitute a poem in Hirshfield’s eyes. In fact, it is exemplary of the very linguistic phenomenon that concerns her; the oversimplification and denigration of language.

What Hirshfield meant to be a light-hearted thought experiment, was in fact tapping into something far deeper and more urgent. In April of his year, research carried out by Youtube showed that the emoji was significantly contributing to the degradation of the English language. Out of a group of 2,000 adults, 94% believed that there had been a decline in proper use of English, with a third holding the emoji responsible. While the emoji might serve a socially important purpose, the reliance on a preset image ‘dilutes language and expression’, according to Chris McGovern, chairman of the Campaign for Real Education. 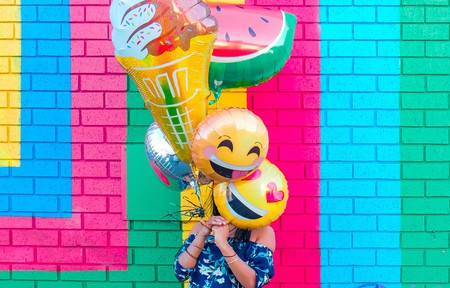 The extent to which the emoji is to blame is questionable, but the perceived impoverishment of the English language is significant. For the simplification of language does not only affect our ability to communicate, but our ability to think. ‘Language is the skin on my thought’ wrote Arundhati Roy in her award-winning book The God of Small Things. In other words, language is not merely our mind’s export, but the filter through which our thought is structured, sorted and refined. Language and thought are inextricable.

In a complex world, people are drawn to easy answers. Within the twitter universe, the UK seems to exist solely of sore remoaners and belligerent Brexiteers, while in the United States, Trump’s disciples in the American heartland rub shoulders with coffee-drinking, culturally woke urbanites. News is frequently dismissed as ‘fake’, while the media is either branded an evil spin machine or lauded as heroic fighters for social justice. There are, of course, elements of truth to these characterisations, but this is not the problem. The problem is these binary narratives are being coated daily with equally simplistic language, and the result is a loss of complexity and nuance. The result is two opposing forces unable to find a common language.

So could poetry emerge as a linguistic answer to a deeply social problem, as Hirshfield wondered? And if poetry is the best medium to explore nuance, complexity and uncertainty, should it not be considered at a time of deep division?

Poetry’s roots lie in the fields of crisis: the first poem ever recorded was written in response to war by the Akkadian/Sumerian poet Enheduanna between 2285 and 2250 BCE, while Chinese immigrants on Angel Island in the early 20th century wrote poems on the walls of their confinement, both documenting and enduring their struggle. More recently, Tony Walsh’s impassioned poem after the terrorist attack on Manchester arena became the defining soundtrack to the community’s rallying response. As well as exploring the complexities of human experience, poetry has the power to unite.

During what many commentators are calling a time of crisis, perhaps we should reconsider the inflammatory language that we yell at others across a screen, and swap our death threats for dactyls and our emojis for epics.