What Do Poppies Have To Do With Remembrance Sunday? 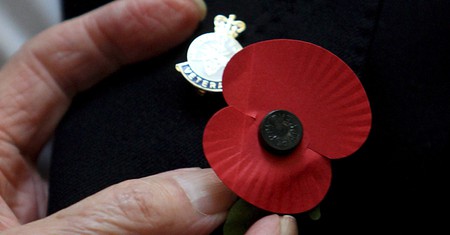 On 11 November every year, Brits adorn their lapels with poppies fashioned from felt, cotton and paper to honour fallen soldiers. While the poppies certainly brighten up an outfit, their history as a symbol of remembrance reminds us of the horrors of war and the importance of healing. 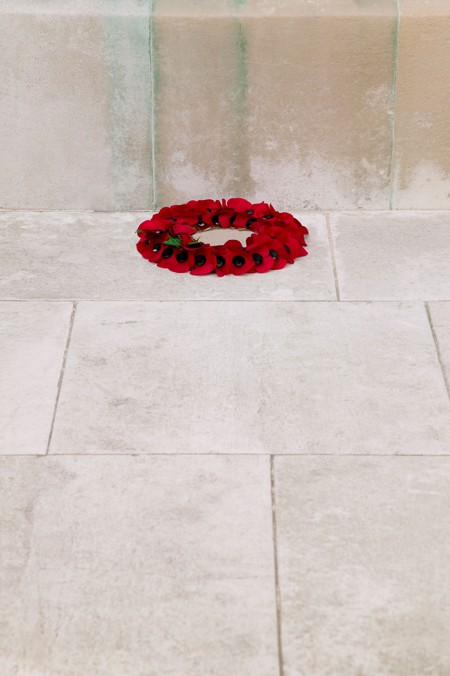 Adorning buttonholes across the United Kingdom, red poppies are typically worn during the days leading up to Remembrance Day when the country comes together to honour the dead of World War I. As one of the most recognisable symbols of public support, poppies are central to most Remembrance Day celebrations. Most notably, wreaths of poppies are laid before the Cenotaph war memorial in Whitehall, the nation’s official war memorial.

But why poppies? The flowers are striking, their deep scarlet colour reminiscent of bloodshed, but the reason they are worn actually has to do with the effects of warfare on the physical landscapes where WWI was fought. 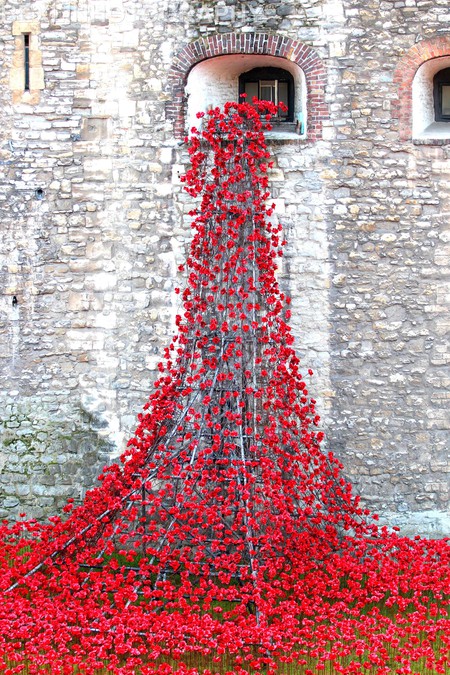 According to the Imperial War Museum, poppies “flourished in the soil churned up by the fighting and shelling”, transforming fields marred by the effects of warfare. This transformation inspired the 1915 poem In Flanders Fields by John McCrae, a Canadian military doctor who served in WWI.

As a doctor, McCrae saw the effects of war first-hand. The destructiveness of new chemical and mechanical weapons used during WWI resulted in mortality rates and injuries at levels that had never been seen before. For McCrae, the poppies that arose from the destruction in Flanders were symbolic of fallen soldiers’ souls rising from the ground where they paid the ultimate price for their countries. The poem’s tone, hauntingly sombre, reflects his thoughts on the senselessness of the levels of violence he witnessed. 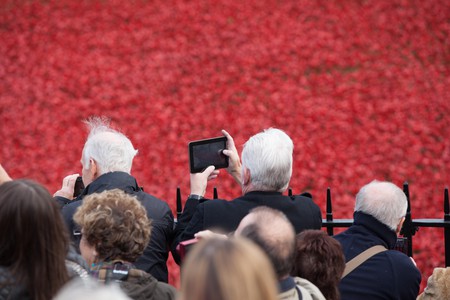 The poem prompted Moina Michael, an American humanitarian, to write a response to McCrae’s poem in 1918 titled We Shall Keep Faith. While In Flanders Fields focuses mostly on the fate of the fallen, We Shall Keep Faith is centred on the importance of remembrance among the living. The final lines of the poem remind the reader that the sacrifice paid by soldiers can only be fully honoured if their stories continue to be told: “Fear not that ye have died for naught / We’ll teach the lesson that ye wrought / In Flanders Fields.”

Michael has been credited with establishing the red poppy as a symbol of WWI and since its introduction in 1921 has been central to modern-day remembrance of the war. In 2014, Blood Swept Lands and Seas of Red, a display of ceramic poppies, was ‘planted’ at the Tower of London moat to commemorate the 100-year anniversary of the beginning of WWI. And to mark the centenary of the war’s end in 2018, a cascade of the same ceramic poppies was installed on London’s Imperial War Museum in a display titled The Weeping Window. 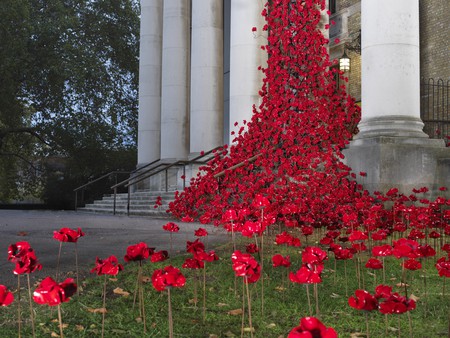 In recent years, the red poppy has become a symbol of remembrance for veterans of all wars, while white and purple poppies are also worn to remember how warfare affects more than just soldiers.

White poppies, distributed by the Peace Pledge Union, are worn in remembrance of all victims of war, civilian and military, and are meant to represent a commitment to world peace. Purple poppies were created in 2006 to commemorate military service animals who died or were injured in war; a touching memorial to these animals can be found just outside Hyde Park. 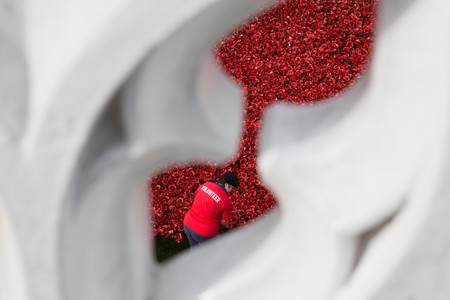