What Billy Elliot Taught Us About British History 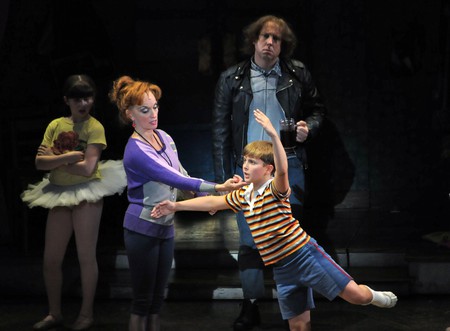 Billy Elliot is about a young boy who finds his passion for dance. The film is set in Northern England in the mid-80s and explores gender stereotypes, different social classes, the 1984 miner’s strike and the use of police violence. This is a British social realism film due to its realistic depiction of British people. Directed by Stephen Daldry, it stars Jamie Bell and Julie Walters.

Gender definitions and divisions are shown in the gym where boys box and girls attend ballet lessons. As Billy’s father simply puts it ‘lads do football, boxing, or wrestling — not friggin’ ballet!’ However, Billy wants to dance. Through a beautifully conducted tracking shot of the dancer’s feet, the different genders are clearly presented. Not only can we see his masculine, stumpy feet, but the choice of colour — the pink ballet slippers for girls and the blue boxing shoes for Billy — depicts the stereotypical colours of both genders.

Billy Elliot is set in the 1980s, where homosexuality was still a fragile topic to discuss compared with today. Gender stereotypes are explored through homophobic comments by family members. The film stresses that Billy is not actually gay, like his family members think. With a short pillow fight with the dance teacher’s daughter we see Billy falling for the girl and proving to the audience that he is actually interested in girls. It is through Billy’s friend Michael that the homosexual topic is raised. He is not a ballet dancer himself, yet confidently cross-dresses and helps Billy with his dance routine. 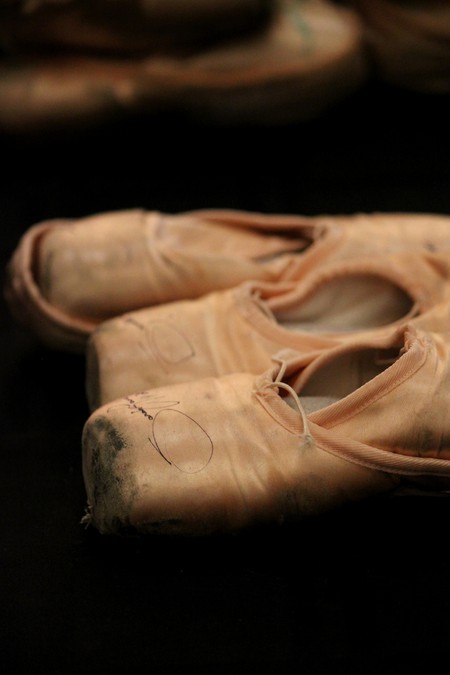 The film is set during Margaret Thatcher’s time as Prime Minister. When she was elected, Thatcher was faced with a devastated and chaotic country. Many things had to be changed and re-organised. However, it was high inflation that led to mass unemployment, which caused an even greater divide in social classes. It is the wallpaper and the shabby furniture displayed in the home that portrays class and reiterates just how little money the family has. When Billy is dancing around the streets, the cinematographer made used of wide shots to show the audience the small houses and the run-down neighbourhood as a whole. With these shots we get a sense of the town and realise that it is not just Billy’s family who lives poorly.

When Billy gets to audition for the Royal Ballet School a crass contrast is created between the shots of the household and the school’s interior. The statues, the high pillars and the grand entrance all demonstrate the high class and conservative attitude of the school. 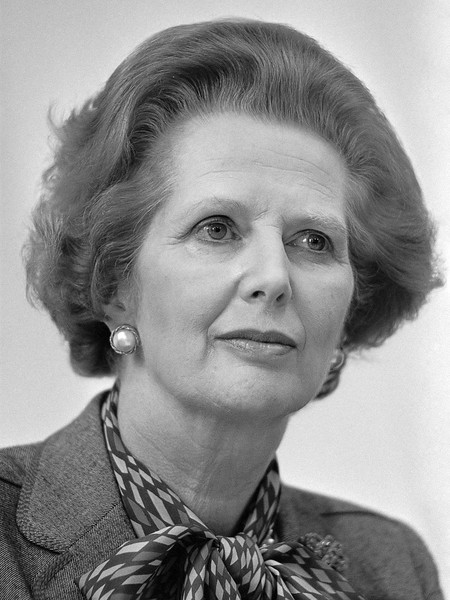 Coal used to be one of the most important parts of the British economy. By the mid-80s only 17% of the once-active coal mines in the United Kingdom were still operating. Although it did not stop there, as many more were closed by the government. Many miners previously went on strike, but the 1984 strike was the height of them all. The reason behind the strike was the vast amount of mines being closed down, which left hundreds of men unemployed. The miners were also trying to earn fair wages and get benefits, but most importantly get their jobs back.

The fictional town where the film is set is covered with political posters encouraging the miners to go on strike. Such miners are embodied by Billy’s brother and father. By setting the film in this time period we are able to experience a personal insight into how the strike affected families around England. Billy’s father is a single parent and his desperation for money forces him, despite his political beliefs, to go back to work at the factory. When the strikes finished, it was also the end of the coal industry in the UK. Today, only three mines remain active. 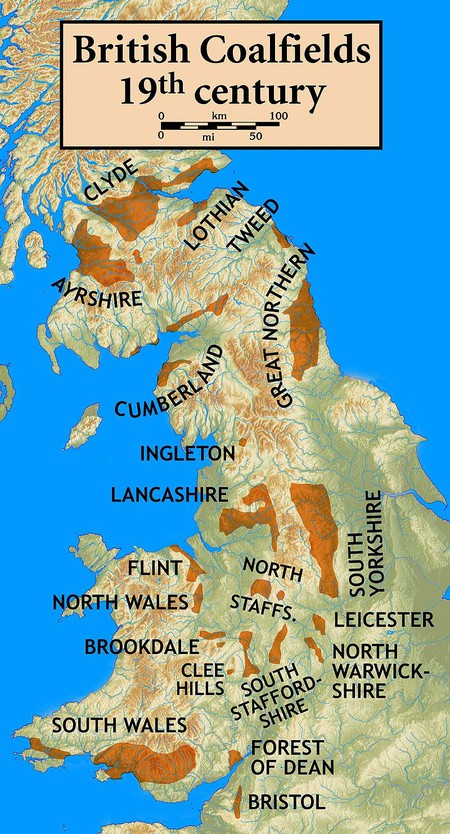 Coalfields of the United Kingdom in the 19th century | © R.A.S. Redmayne / WikiCommons

Another way the film depicts the strike is through continuous violence. Through a bird’s eye view we see the miners in the top half of the frame and the bottom half is filled with the police. By seeing both parties in such close proximities it demonstrates how personal the fights were between the people and the authorities. Billy’s brother is even arrested for his violent protesting.

The police can be seen at every corner of town. One of the most shocking images in the film is when the young girl walks around with Billy and goes from striking the fence to the shields of the police. It is a moment where we hold our breath and think that something could potentially happen to the kids. However, this depiction shows how the police have essentially become part of the town, standing in place just like the fences.

The strike was reported as a bloody battle due to the high amount of violence by the police against the miners. When the strike was over, high fines had to be paid by the government to compensate for the violent acts. 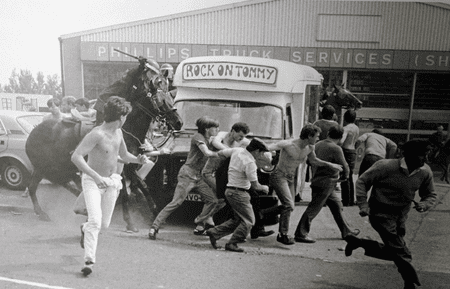 You can watch this hopeful story in the musical version of Billy Elliot at the Victoria Palace Theatre.