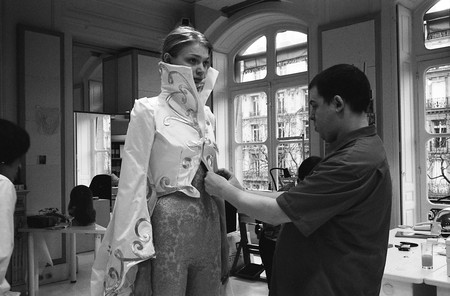 The latest fashion documentary to grace cinema screens is the highly anticipated exploration of the life and work of legendary British designer Alexander McQueen. Culture Trip catches up with directors Ian Bonhôte and Peter Ettedgui ahead of its UK release on 8 June. 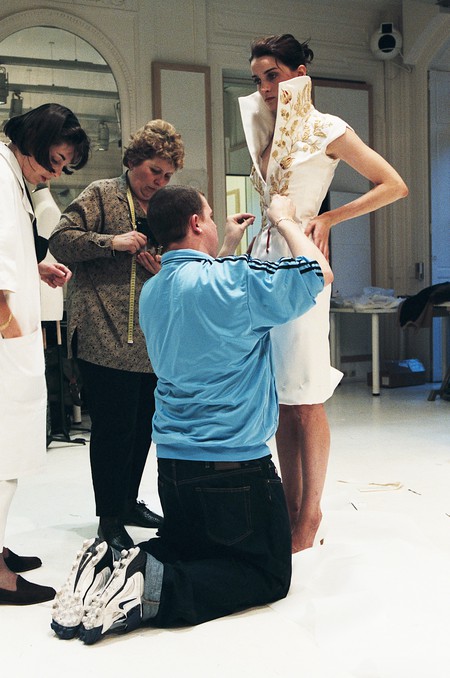 Culture Trip: Why spotlight Alexander McQueen?
Peter Ettedgui: He was and is one of the greatest innovators, craftsmen, artists and rebels of our age. A man with a truly original voice and unique point of view who went on an extraordinary creative journey. We wanted to bring that journey to life for those who weren’t lucky enough to experience first-hand the fashion spectacles that he created.

CT: Why make a film about his life and legacy now?
Ian Bonhôte: There’s enough distance since the tragedy of his death eight years ago to reflect objectively on his life, but it’s still recent enough that his loved ones’ memories remain focussed and fresh. McQueen was so ahead of his time, and it struck us that many of his preoccupations chime with the age that we’re living in now. His desire to combat misogyny by dressing women so that they felt strong and independent feels very in tune with the current #TimesUp movement, for example. We never wanted to make a ‘fashion film’. We feel that McQueen’s story transcends fashion.

CT: How did you go about collating vintage film clips for McQueen?
PE: It was a challenge. When we started, we had no original archive. We worked with a researcher and archive producer, investigating around 200 different sources, including little-known fashion libraries scattered all over the world. We also looked through behind-the-scenes photography archives from McQueen’s shows. Identifying the material and bringing it together was one of the most difficult but rewarding aspects of the production. 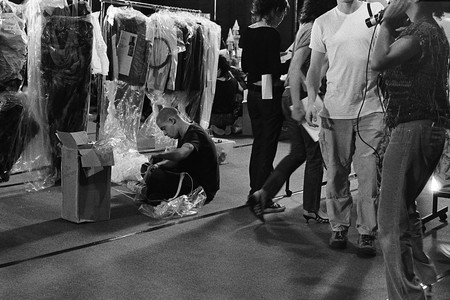 CT: Was there anyone you wanted to interview who refused to participate?
IB: We started with a very long list of options. Some people said yes immediately, others said no, but most took months to commit. People were still grieving his loss and some were wary as a result of certain sensationalistic stories printed about him. We had to work very hard to earn trust. Having the right interviewees for each chapter of his life was critical. We wanted people who were by McQueen’s side and could help us deliver his story in an intimate, truthful and emotionally authentic way.

You may also like: What We Learnt From 2018 Fashion Documentary ‘McQueen’

CT: What, to you, is the most engaging part of the film?
PE: Art director Simon Costin’s home movie of McQueen’s ‘Brit Invasion’ of Paris, shot on his Hi8 video camera. There’s a point where the designer grabs hold of it and you can feel his delight as he whirls it around shouting: ‘I’m high, baby!’ This and the original footage are the parts that we cherish the most.

CT: What do you think was the pinnacle of McQueen’s career?
IB: The moment in ‘Widows of Culloden’ when Kate Moss was rendered as a hologram inside a glass pyramid. Michael Nyman composed an original piece of music for that moment but it was never used. We restored it and applied it to the film.

PE: The climax of the ‘No. 13’ show with Shalom Harlow wearing a white tulle dress being spray-painted black and green by robots. Not just a performance, it taps into the idea of (wo)man v machine. 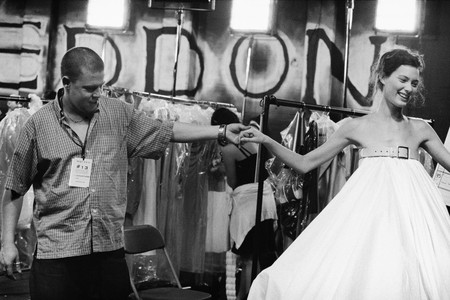 CT: Was there any particular section you wish you could have explored more?
IB: McQueen often talked about the need for shape, proportion and balance in his design, and we kept that very much in mind. We didn’t want to over-elaborate at any point. It was important to convey the tension between Lee – the misfit from the East End – and Alexander – the shooting star of the fashion world. There were some very dark moments in McQueen’s life but we wanted to capture his angels as well as his demons.

CT: Can you see potential for another episode on Alexander McQueen?
PE: Not from us! We really have said everything we want to say about him in this film.

CT: How do you think the designer’s legacy will be remembered in 10 years?
PE: McQueen will be remembered 100 years from now, let alone in 10. He revolutionised and reinvented what fashion was and could be. His work, as Isabella Blow put it so aptly, was all about “tradition and sabotage”. As long as his extraordinary archives exist in private and public collections, people will appreciate the timeless beauty of his creations.

Samaritans UK can be contacted here or on 116-123 or by emailing jo@samaritans.org.

For US readers, the National Suicide Prevention Lifeline can be contacted here or on 1-800-273-8255.