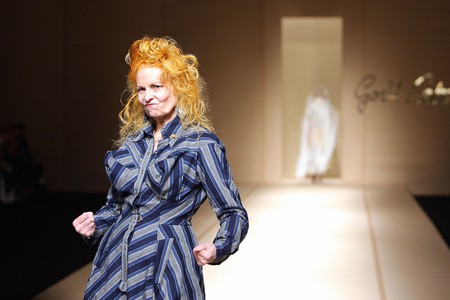 Queen Viv is to be celebrated in a new documentary, coming to UK cinemas March 23rd.

The new documentary, shot and directed by Lorna Tucker, pays homage to the ongoing legacy being created by Dame Vivienne Westwood. From her radical-punk beginnings on the Kings Road through to her later activism around the environment, the fashion designer has engaged deeply with the movements of our age.

Marrying archival footage with new interviews, Westwood: Punk, Icon, Activist includes contributions from close friends and family, as well as conversations with Westwood herself. As is expected for a designer who has so wholly embraced radical change, the journey to success has been punctuated with struggle, which makes for compelling viewing.

Westwood is a designer who is so often in the spotlight that many feel overly acquainted with her story, yet the nuances of her activism, and the way in which it divests itself through both fashion design and external initiatives (such as driving a tank up David Cameron’s lawn) are generally under appreciated. Tucker’s directorial debut deftly pulls all the threads of Dame Vivienne’s career together, celebrating the innovative approach and far-reaching consequences of her work.