From freshly baked loaves of bread to perfectly piped icing on cupcakes, the London bakery scene is a force to be reckoned with. We take a look at the west London bakeries that have us drooling. 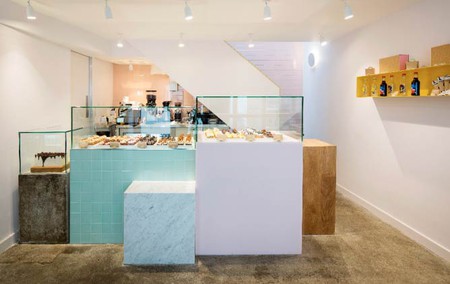 Crumbs and Dollies is one of our favourite bakery Instagrams. Follow them now and you’ll be both swooning and drooling in no time. With more than 40 cupcake flavours, you’ll be spoilt for choice. After you’ve pored over the cupcakes, move on to the unbelievably impressive layer cakes. We imagine that the mind of a sugar-hungry five-year-old would be behind these beautiful creations. Think Piñata cakes that have a handful of sweets fall out when you cut into it, or how about a ‘Unicorn Cake’ that looks as delicious as it does fantastical. Decadent, gourmet and anything but boring, these cakes are delicate creations of flavour and imagination.

With locations in High Street Kensington and Finsbury Park, Exeter Street Bakery is well positioned to bring Londoners their daily loaf. The Italian restaurateur, Richard Polo, is behind this bakery, rustling up authentic Italian breads and pizzas. With an emphasis on the right ingredients, perfect taste and high-quality baked goods, the food on offer is as fantastic as the standards. For those not located near either of these bakeries, you can now have your fill of Polo’s gourmet bread by picking some up at Waitrose. Our penchant is for the olive bread, which is particularly delicious. 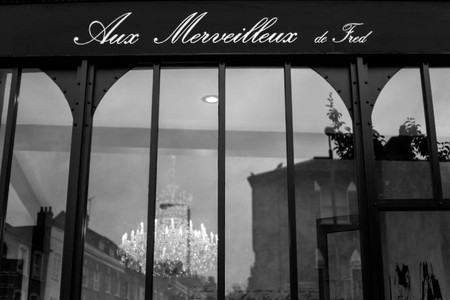 Those who gave up French lessons after their school studies would be forgiven for not attempting to pronounce this one. Still, we’ve found that what we lack in language skills, we make up for with our love for French delicacies. This charming patisserie is perfectly at home in the vibrant area of South Kensington. Step inside and you could easily feel as if you’re in a Parisian haunt where such baked creations are commonplace. Merveilleux cakes are the signature creation of this bakery, and are now a hugely popular product. Frédéric, the owner and mastermind behind this international bakery, has also reworked brioche bread, which can be found in a variety of flavours. If you’re looking for something different, this is the place to head to. 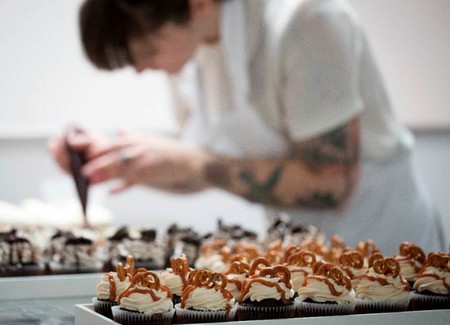 Located on bustling King Street in Hammersmith, you’ll find the charming Stamford Lader which promises to cater to any sweet tooth. Rustling up breakfast, brunch, lunch, afternoon tea and delectable cakes, there’s something for everyone. Unlike chains in London which often undermine London’s individuality, the husband and wife team behind this cosy bakery aim to provide an alternative option. Here you’ll find a welcoming atmosphere, with homegrown British goods, that bring a little of the country to urban London. What really caught our attention, though, were the award-winning cupcakes and the decadent layer cakes, which look too good to eat.

If you’ve ever walked past one of the six L’ETO bakeries in London, you’ll have undoubtedly been stopped in your tracks at the breathtaking, hunger-inducing window display this fantastic London establishment showcases. From miniature and delicate-looking towers of cakes that look like they belong at a Mad Hatters Tea party, to more substantial food including breakfast and dinner, this is your ideal choice for a little rest stop after a busy day shopping or sightseeing. With locations in Belgravia, Soho, Chelsea, Fulham, Mayfair and Brompton, we can deduce that this bakery arrived on the scene with the intention of going big or going home. Having opened in 2011, L’ETO’s fast expansion is surely a testament to the fare they offer up.