We Speak to the Real-Life Hero Played by J.K. Simmons in 'Patriot's Day' 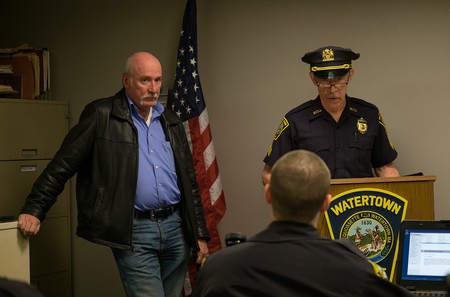 Peter Berg’s latest film, a dramatic reconstruction of the 2013 Boston Marathon bombing and its immediate aftermath, is a sobering effort that brings into sharp focus the extraordinary measures law enforcement officials had to take, to protect their city. We speak exclusively to one of the officers about the film and how it felt to have Oscar winner J.K. Simmons portray him on the big screen. 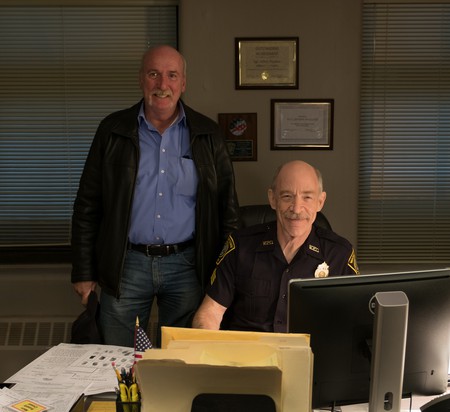 Watertown Police Sergeant Jeffrey Pugliese never expected to be drawn into one of the biggest manhunts in American history, yet the veteran found himself face to face with one of the terrorists responsible for the April 15, 2013 bombings.

A few years later, the team behind Lone Survivor and Deepwater Horizon have turned those very events into a feature film. We began by asking what it was like seeing his story on the film.

Jeffrey Pugliese: It was surreal. Looking back at what I went through, I know I’m lucky to be walking and talking here.

Culture Trip: Most people know about the bombings themselves, but it came as a genuine surprise to see how violent and brutal the subsequent gunfight you were involved in actually was. How was that for you?

JP: At that time I was in my 34th year on the force and had drawn my firearm a few times, but had never fired in the line of duty. It certainly wasn’t a normal experience. Training kicks in. I assessed the situation and saw officers taking cover and holding their ground, but so are the other guys. It was a stand-off and I made the decision to cut through some yards and flank them.

CT: J.K. Simmons plays you in the film. What was he like to work with, did you spend much time with him on set and during production?

JP: He is a great guy. I spent a lot of time with him. I trained him to fire on a shooting range and taught him how to go through backyards and even that you should point the gun down, as its easier to bring it up and fire back. He fired hundreds of rounds and did a ride-along. We went to dinner a few times, with my wife. He was watching, and I was watching him watching me! There’s a scene that didn’t make it into the movie, where my wife was on set and said ‘he even stands like you!’. 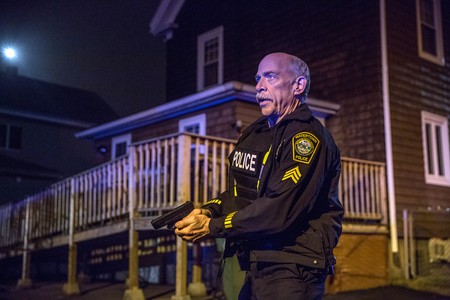 CT: What was the city like in the aftermath?

JP: We had been relieved of duty after the shoot out. I shot and killed someone, so no matter what, you have to be taken out of service. It was also a very stressful situation. We had a stress team to check us out and go to the hospital. Watertown is separate from Boston in many ways and when we came back in the afternoon and we saw a deserted square – it just wasn’t right. Everywhere was a ghost town. Everyone in the surrounding towns as well complied with the request to stay indoors. That was amazing to see.

CT: What part of the events do you think the film got most right?

JP: I wasn’t there at the finishing line, but from everyone who was, I’ve heard they portrayed that spot on. Peter Berg, the director, got Watertown right as well. I was actually worried about the film at the start, as I thought they would do it too ‘Hollywood’. Peter and the producers reassured me. Mark Wahlberg as well, and so I caved in, but when I was on set they would change it to get it how I remembered it. It isn’t a documentary, so they tweaked a few things, but they would throw out anything that didn’t work. They kept it as true as possible. It was even filmed in my house and they even used my van. I can put it on Ebay [laughs].

When have you ever heard of police having bombs thrown at them? It obviously affected me. We had people coming out and cheering the cops. That will surprise people. Most officers are from their community and we got to see all that with our own eyes. You need the police to keep order, but you don’t want to see the blue lights.

CT: How did the attack and everything that happened afterwards affect you?

JP: The attention, like now, is very unusual. I think I’m still the same, but people still recognise me. I saw a guy on his cellphone looking at me and I was trying to figure out what he was doing. He walked up to me and knocked on the window of my car and I was worried. He then says ‘I knew it was you!’ and took a selfie.

Everyone also wants to pay for my coffee if they recognise me. They insist and say they would be honoured. Its given me attention that I wouldn’t normally get. People who have seen the film also think I’m famous.

For me, the biggest lesson is a saying from Boston – if you see something, say something – I can’t stress that enough. I picture things getting worse as time progresses, you see it everywhere now. The lone wolf-type situation is more common. You gotta say something.