Urban Jungle: The Rise of Mindful Gardening in London 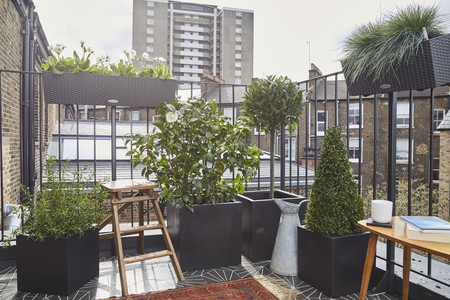 Young Londoners are getting green fingers, with more millennials taking up gardening than ever before.

The trend has seen houseplants, which fell out of fashion in the ’70s, make a comeback. City dwellers are using their balconies, rooftops and – in some rare cases – actual gardens to grow plants, flowers and vegetables. 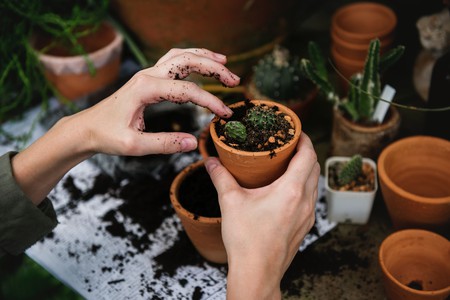 Small potted plants are a favourite for indoor greenery | © Patch

The botanical trend has transcended the fashion and interior world over the past couple of years, with lustrous green palm leaves against millennial pink backdrops adorning everything from the East London-based House of Hackney wallpapers to Michael Kors’s spring/summer 2018 collection. It seems that green is most definitely the new black.

Concurrent with this trend for their illustrated manifestations, physical plants have also seen a rise in popularity, with numerous London hotspots covered in houseplants and flower walls. Palm Vaults in Hackney, Élan Cafe’s several branches and Notting Hill’s illustrious Churchill Arms are just three of many venues that have become Instagram-worthy thanks to their appealing botanical displays.

With private outdoor spaces in London being in short supply, demand for allotments is also at an all-time high, with thousands of people on waiting lists across the capital; you could be looking to wait months or even years to sow those seeds. Meanwhile, Hackney council have decided to close applications for allotments indefinitely due to over-subscription. 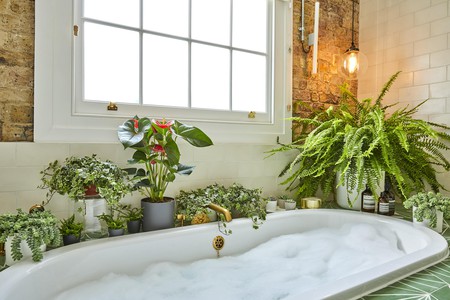 Why are millennials getting in touch with nature now?

Dario Spagnoli from the Royal Horticultural Society explains, “Over the past couple of decades there has been a rising awareness of the benefits that gardening and plants can offer. As well as their environmental benefits and ability to remove pollutants from the air, their physical and mental health benefits are becoming increasingly recognised.”

As for the growing popularity of botanical prints, Spagnoli claims this has led to an interest in horticulture itself. “Social media, with Instagram in particular, offers endless planting ideas and inspiration, making gardening more accessible to a younger crowd and giving them the confidence to create their own displays.”

BOUGAINVILLEA MOMENT IN MY GARDEN. The rainy season is nearly upon us. Right now we are having dry weather with overcast skies hence the rather dull photograph. The first summer flush of my bougainvillea is always eye popping. It is over 25 years old and is very rewarding despite giving a happy home to millions of spiders, both large and small. Being an arachnophobe I am often tempted to take it down but then this happens which stops me. I have managed to spider proof my bedroom with insect screens which is all that really matters. Not happy with any landing on me while I am sleeping 🕷 😳🙈 #myphotograph #mygarden #home #bougainvillea #summer

Leading UK charity Thrive uses gardening to bring about positive changes in the lives of people living with disabilities, ill health, or who are isolated, disadvantaged, and vulnerable, known as ‘social and therapeutic horticulture.’ Its research has shown gardening can help people through a specific period of difficulty in their lives and get back on top of things.

Mark Lang from the charity tells Culture Trip, “There’s increasing evidence that exposure to plants and green space is beneficial to mental and physical health. Thrive’s Old English Garden in Battersea Park is just one example of the myriad wonderful green spaces that are available to explore in London.”

Will London be the world’s first National Park City?

Mayor of London Sadiq Khan is aiming to add to the amount of green spaces in London and get more people involved with gardening, backing a campaign which will see London become the world’s first National Park City in July 2019.

Dan Raven-Ellison, who founded the campaign, said: “We have it in our power to not just protect life but also create it. A lot of London is paved over but there are millions of Londoners who have the power to break the concrete and let nature come through. If, on average, every Londoner were to make one square meter green or blue, we’d make the majority of London green and blue, and for me, that’s symbolic of what the National Park City is about.” 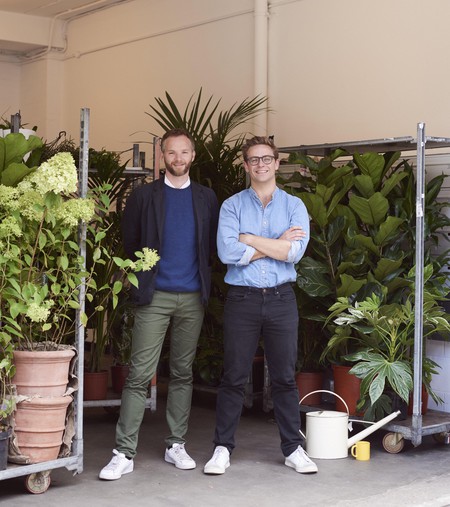 There have been several businesses that have sprung up in response to young Londoners’ newfound green fingers. Freddie Blackett founded Patch, a London-based start-up, when he decided to turn his balcony into an urban garden. He searched the capital high and low and while there was plenty of companies aimed at older, experienced gardeners, there was nothing available for rookies like him. So he started Patch, a plant delivery service accompanied by tips on how to best look after them.

Similarly, Zena Alkayat launched Bloom Magazine this month after seeing a gap in the market. “A lot of the established [competitor] magazines are aimed at a slightly older market with perhaps bigger houses and gardens in the country, a bit more cash to spend on it and more experience. I wanted to create something that spoke to me, something that felt more current, more modern, more fresh.” Bloom magazine is aimed at “people who are newly switching on to the joys of nature and gardening”, combining practical advice and planting projects with insightful features which are all beautifully illustrated. 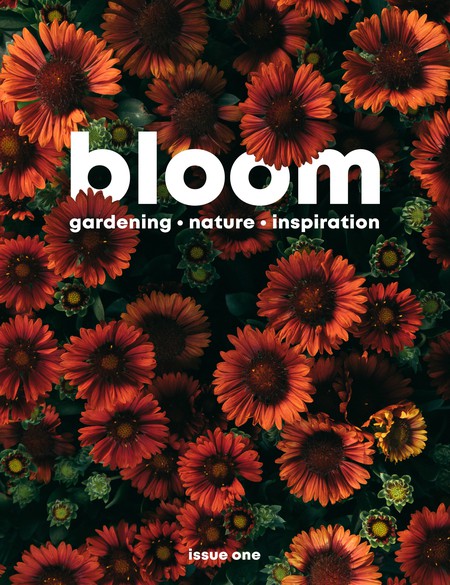 Meanwhile, Gemma White founded Sprout London, which offers a houseplant subscription service, because of her passion for mindful gardening and the benefits of plants. “I think being young and living in London can be quite stressful. We are all crammed into small living spaces, with little to no green spaces and are losing our connection with nature,” she says. “Introducing greenery into our homes is one way to combat that loss of connection. Setting up a watering and care schedule promotes routine which is extremely helpful in aiding depression and anxiety. Additionally, caring for plants may give owners a sense of purpose which they may otherwise be lacking, not to mention the sense of achievement when a plant grows new leaves or blooms for the first time! And while some new urban gardeners are filling their homes with plants because it’s trendy, the benefits are still there!”

Even the gardening establishment are savvy to younger Londoners getting involved with gardening. The Royal Horticultural Society (RHS), who are responsible for The Chelsea Flower Show and The Hampton Court Palace Garden Festival, launched The Urban Garden Show in 2016. 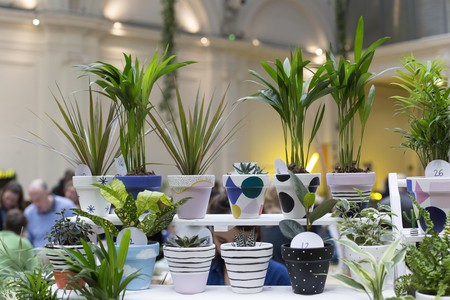 RHS show manager Spagnoli said of the event: “We wanted to create a show that highlights the gardening possibilities available to those with limited green space, whether it be plants for the home or small outdoor spaces and balconies and help nurture this growth in urban gardening among Londoners. We wanted to demonstrate how having a lack of outdoor space needn’t prevent Londoners from growing their own plants and produce and reach out to an audience that wouldn’t usually consider gardening as a hobby and hopefully encourage future gardeners who are not only interested in looking after their own gardens but also the environment as a whole as our cities continue to expand.”

The show will be held 27th-28th October in Westminster.