The Most Unusual Music Venues in London 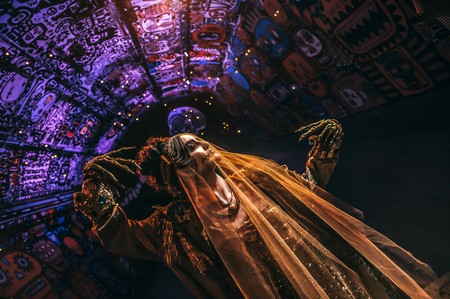 London has no shortage of places to see live music. But if you’re sick of the same old band rooms, concert halls and sweaty clubs, here are a few music venues that are a little more out there. 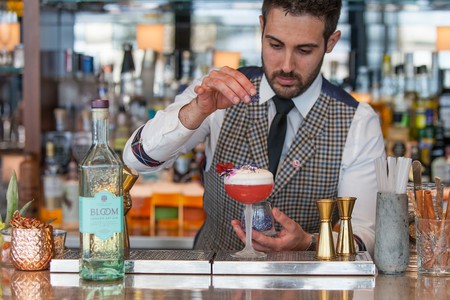 The Bloomsbury Cocktail at Sky Garden | ©MPR Communications/Sky Garden
You knew the Sky Garden was the place for stunning views and maybe the odd G and T, but did you know you can also enjoy live music there? Relax at altitude in the Sky Pod bar, where every Wednesday, Thursday, Friday and Saturday they host live bands and DJs. The entertainment is free but booking a table is highly recommended, although they do accept walk-ins from 6pm on weeknights and 9pm on Saturdays.
Open In Google Maps
Bridge, London, England, EC3M 8AF, United Kingdom
+442073372344
Visit Website
Give us feedback 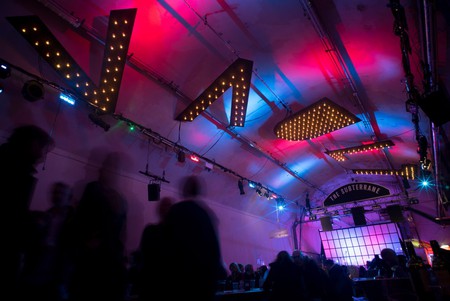 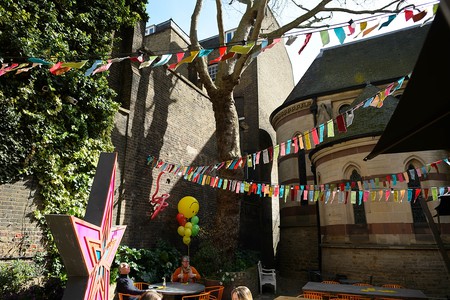 St Barnabas Soho | Courtesy of St Barnabas
This Grade 1 listed house is steeped in history and is now run as a non-profit members club. With strong connections to musical figures such as Jarvis Cocker and Gilles Peterson, you’re more than likely to bump into the odd star, either in the audience or on the stage. There’s fancy food and drink served in classy, arty surroundings. A laid back evening out.
Open In Google Maps
1 Greek Street, West End, London, England, W1D 4NQ, United Kingdom
+442074371894
Visit Website
Give us feedback

Concert Hall, Museum
Facebook
Email
Twitter
Pinterest
Copy link
Share
Map View
Located in the entrance hall to Isembard Kingdom Brunel’s 19th century Thames tunnel, this is truly one of the most dramatic music venues in London. The tunnel, which was described as the 8th wonder of the world, now hosts a unique auditorium with state of the art lighting and sound. You can still see the soot on the walls from steam trains of years gone by and you can hear the rumble of today’s tube trains as they pass.
Open In Google Maps
Railway Avenue, East London , London , SE16 4LF, United Kingdom
+442072313840
Give us feedback

Climb aboard the beautiful Golden Hinde to enjoy the live folk music evening, the Tiller Flat Folk Club. Once a month, the grand old ship takes a break from the tourists to host some of the finest folk singers and bands playing music from around the globe. With tickets at just a fiver and an on-board bar, it must be time to set sail.

Just next door to the tap room of the Crate Brewery in Hackney Wick, is Mick’s Garage. Sound a little pokey? Guess again. As well as live DJs, it is home to a meat-smoking food shack, a Kombucha and cocktail bar, a coffee roaster and café and occasional markets. Not your average garage.