Cited as an inspiration to the likes of Quentin Tarantino and Jim Jarmusch, Jean-Pierre Melville (a name adapted from his favourite author Herman Melville) is widely regarded as the filmmaker responsible for the French New Wave.

Born Jean-Pierre Grumbach, the crime movies the director produced are amongst the most cerebral genre films of all time. Loaded with noir-ish cool and unashamedly embracing the American sensibilities of Melville himself, the films – part of the BFI’s Visions of the Underground season – capture the very essence of early New Wave cinema.

Here are our five picks of the season that every self-respecting cinephile needs to see. 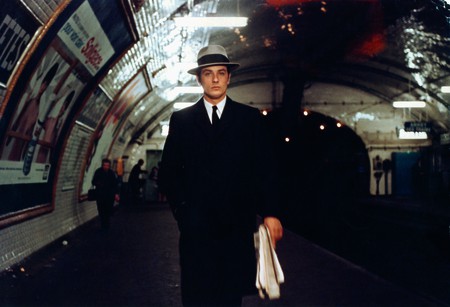 Melville’s first feature film, based on a novel by Jean Bruller of the same name, takes place in 1941 and depicts the relationship between a Frenchman (Jean-Marie Robain), his niece (Nicole Stéphane) and a German lieutenant (Howard Vernon), who is occupying their house. Taking a self-imposed vow of silence, the uncle and niece observe the Nazi officer’s struggles with his actions. The film was made on a limited budget, but Melville makes the most of the limitations by containing the action without allowing for unnecessary claustrophobia to set in. 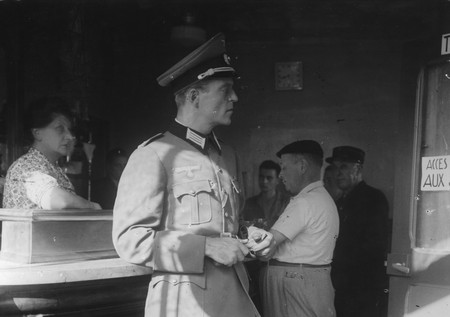 Melville himself pops up in this fascinating and offbeat film which uses New York as the back drop, highlighting the director’s obsession with all things American. Two journalists, the other played by Pierre Grasset, embark on a seemingly futile search for a missing UN diplomat. The director made appearances in other films, most notably in Jean-Luc Godard’s Breathless (1961), but Two Men in Manhattan (Deux hommes dans Manhattan) was the only time Melville starred in one of his own films. The other ‘appearance’ Melville made in a film he directed was as an off-screen narrator in Bob le flambeur (1956).

For more information and to book tickets, click here: Two Men in Manhattan 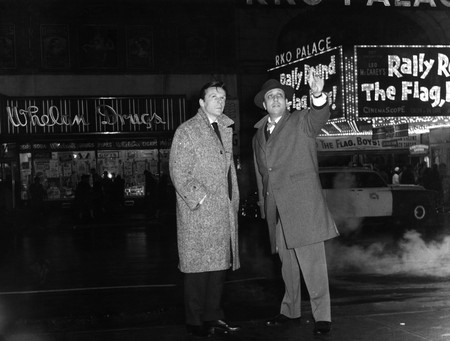 Starting off a great run of thrillers, Melville’s Le Doulos stars Jean-Paul Belmondo (complete with a genre staple trench coat) is set in the Parisian underworld that the director captured like few others. There are twists aplenty peppered throughout the film as a game of cat and mouse is set-up. Quentin Tarantino cites the script as one of his personal favourites and as an influence on his own debut film, Reservoir Dogs (1992). 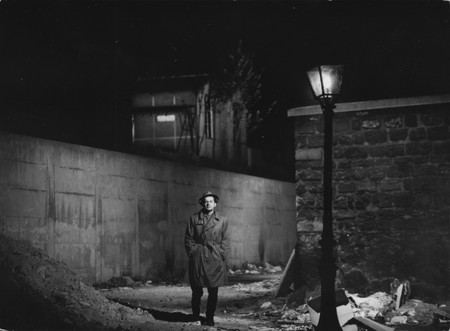 Arguably Melville’s most influential film, this take on the contemplative solitude of the hitman, stars Alain Delon and the streets of Paris. Le Samourai is one of only a handful of films to retain a perfect 100% score on reviews aggregator Rotten Tomatoes. Directors such as John Woo and Walter Hill have emulated the near-mythic hitman in their subsequent films, but there are few (if any) that beat the original.

Delon and his then wife Nathalie star as lovers, and make for arguably the most beautiful couple ever put on screen. 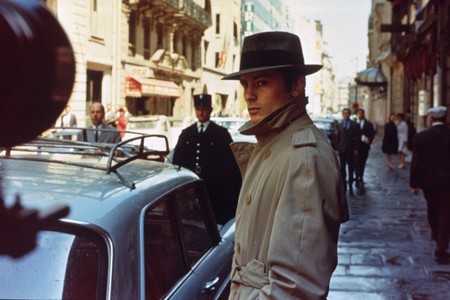 Melville’s final film, released a year before he died, sees a return to the celebrated style behind Le Samourai. Delon returns as a cop investigating a robbery only for him to be revealed as a close friend of a gang leader involved in the crime. The complexities of the underworld and the fine line between lawmakers and their foes are once again cleverly explored, with an abundance of style thrown in for good measure. 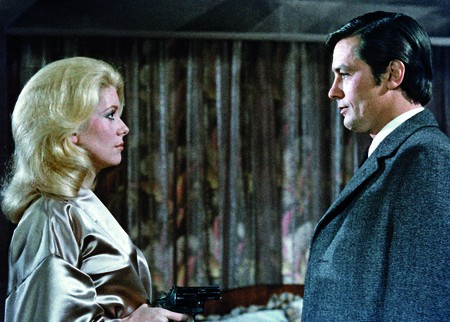 The Jean-Pierre Melville: Visions of the Underworld season is on at the BFI Southbank from August-September.

For more information and to book tickets, please visit here.