Top Things To See And Do In Wimbledon, London 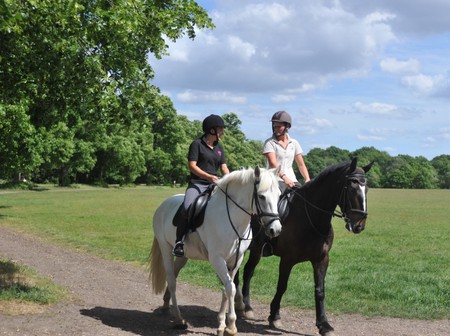 Hack through the countryside | Courtesy of Wimbledon Village Stables

We all associate Wimbledon with one thing: tennis. But there’s far more to this cosy village-esque area of London. From local theatre to Buddhist temples, read our guide to the best things to do in Wimbledon.

Theatre
Facebook
Email
Twitter
Pinterest
Copy link
Share
Snap up some tickets for the New Wimbledon Theatre and be part of the history of this historic building. Opened in 1910, this building is a Grade II listed Edwardian theatre that is the only British playhouse to home a Victorian-style Turkish bath in its basement. An odd feature for a theatre, but it has made it one of the more individual buildings and its grand scale makes it the eighth largest theatre in London. With 1670 seats, the auditorium has showcased a wide variety of shows for all theatre lovers. Lionel Bart’s Oliver! was first premiered in 1960 and the stage has seen the likes of Warwick Davis, Priscilla Presley, Jo Brand and David Hasselhoff gracing the famed performance space. The golden statue that stands atop the dome is Laetitia, the goddess of Gaiety, who holds a laurel crown for celebration. Considerably different to this original feature, the New Wimbledon Studio that connects to the auditorium is a black box space that sits 80 people and showcases small productions, usually in the lead up to the Edinburgh Fringe. With shows happening throughout the year, this is a playhouse you must visit to experience true London theatre. 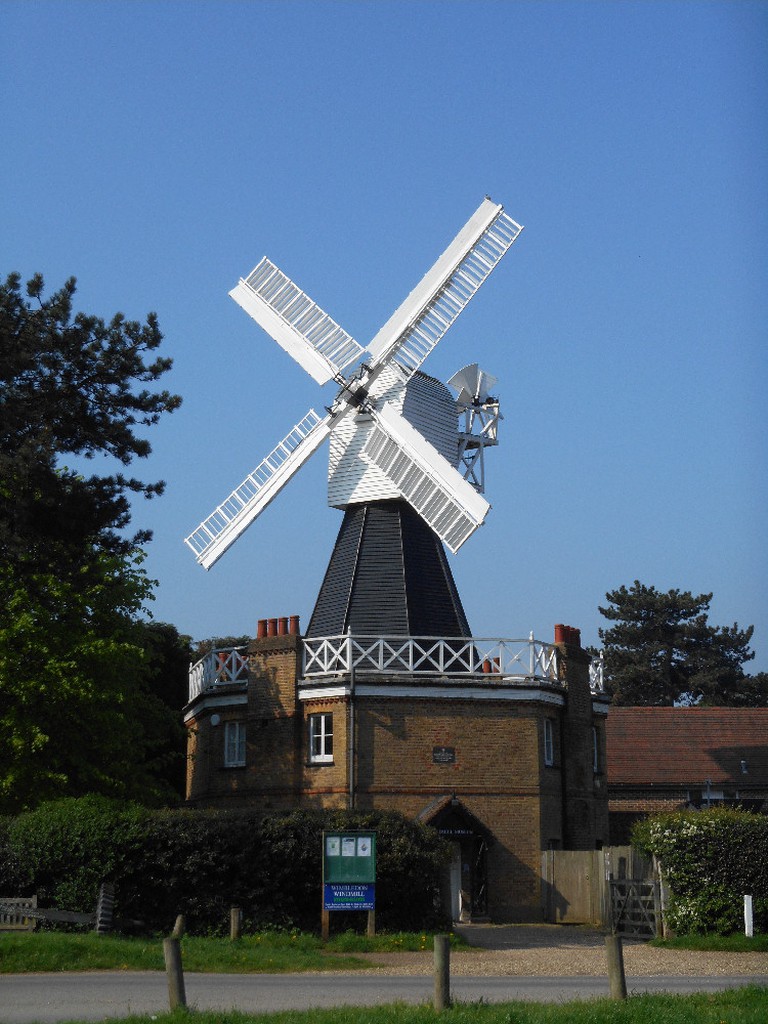 Wimbledon Windmill | Courtesy of Wimbledon & Putney Commons
Did you know there is a big windmill smack-bang in the middle of Wimbledon Common? It’s been there since 1817, and despite only being in operation until 1864, is noted as an important relic of rural life and local history. The building has since been transformed into a museum. With restored sails, it acts as a place to teach people of all ages about the rural life of Wimbledon and the history of the area. It features a display about Scouting history, as Robert Baden-Powell wrote part of the ‘Scouting for Boys’ in this very building in 1908. Surprisingly the museum and windmill is run entirely by volunteers and is administered by a charitable trust, proving once again how important the windmill is to the Wimbledon citizens. 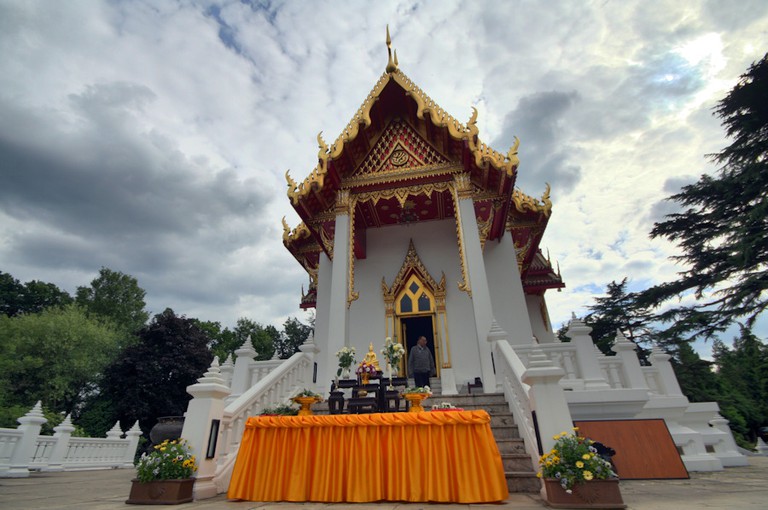 Wat Buddhapadipa | © jo.sau / Flickr
We bet you were unaware that there is a Buddhist temple in Wimbledon. The temple is one of the most important Buddhist training centres in Europe, training prospective Buddhists as far as the Netherlands. Take a stroll around the beautiful grounds overflowing with bloom in the flower garden, the small grove, the picturesque orchard and the harmonious ornamental lake. If meandering round the heavenly gardens isn’t enough for you, you could gaze at the beautiful temple itself, and even think about trying a meditation course on the grounds.

Monday to Sunday, 9AM – 6PM: weekdays for the temple grounds, weekends for the main temple. 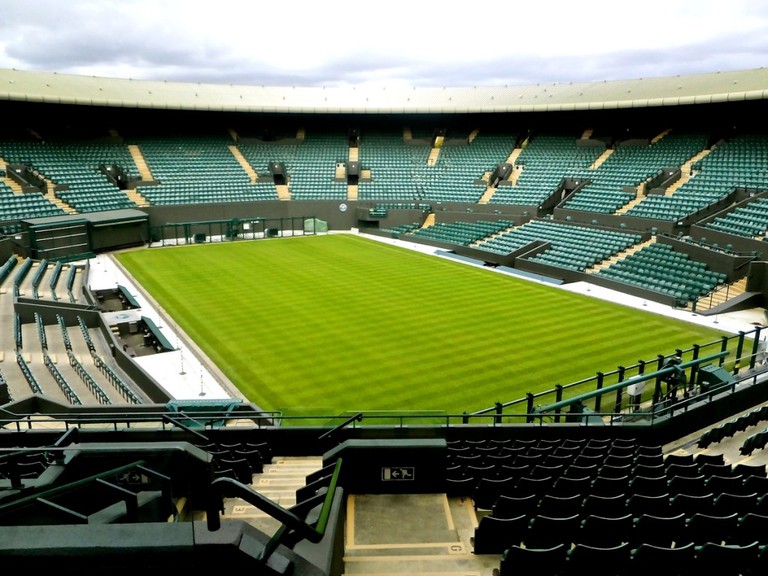 Court One at Wimbledon | © Me3154a / WikiCommons
Well, we couldn’t really leave tennis out of the picture in Wimbledon, could we? Although all us Brits are obsessed with the tennis fortnight, did you know there’s a museum where you can look behind the scenes of the Championships themselves? Housing the trophies for the competitions, Victorian tennis fashion and clothes and equipment from the famed stars, it has everything a tennis fan could want. There’s even a Batak wall for you to test your own skills out on and a 3D film and interactive display to really get you feeling involved in the Wimbledon spirit. The tour will take you behind the scenes to where the facilities for the stars and press are situated; teaching you how they care for the pristine grass and how the site has been improved through the years. With the tour you’ll be able to visit Centre Court and see exactly where all the action takes place. If you fancy learning about the site and tennis a little more privately, there is a Kenneth Ritchie Wimbledon Library on site that allows you to examine the lawn tennis books, annuals, periodicals, programmes, newspaper cuttings and footage if you request a visit.

If you’re looking for a more relaxing and therapeutic day, why not have a massage at Green Touch? Specialising in Swedish and Thai massages, the oriental themed massage parlour will envelop you in your surroundings. Whether you’re looking to relieve pain, tension, or just to get away from the hustle and bustle of London life, this little spot in Wimbledon is guaranteed to alleviate all problems. The spa offers you a range of massages, reflexology and aromatherapy to release your tension and relax your cares. With oriental décor, Thai art, Asian ornaments and mesmerising candlelit corridors, you will feel transported and will be glad you chose to take a rest day rather than working in the London havoc. 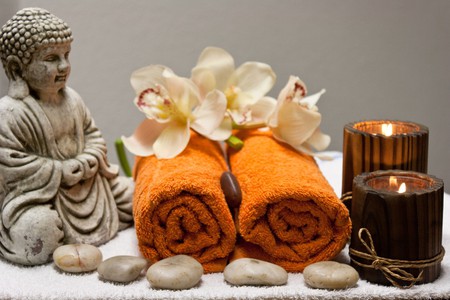 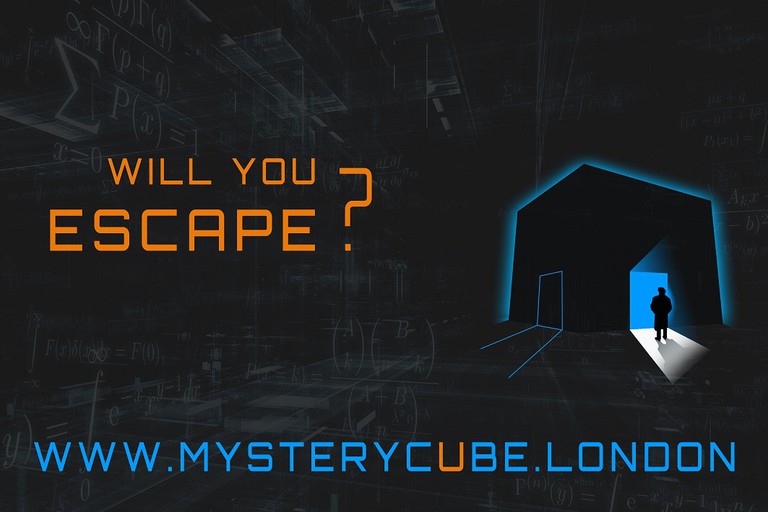 Will you escape? | Courtesy of Mystery Cube
The name definitely raises some questions, but all is left mysterious with this live action escape game. Keeping on trend with the escape game phenomenon, Mystery Cube draws you into its story with this cryptic object that has appeared on site. You arrive and are locked into a room with this mysterious cube, left to discover its inner secrets. In a team of 2-5 people you must work together, finding a way to understand the operations and the conundrums of the object and to get yourself out — before it’s too late! Using your brain power rather than strength and brawn, this all-encompassing game will get your heart pumping and your brain whirring. The team behind Mystery Cube describes themselves as a ‘top secret organisation that investigates strange and mysterious cubic phenomena through space and time.’ So if you’re a sci-fi fanatic, an enthusiast for escape games, or just all round obsessed with cubes, this is one to try out. 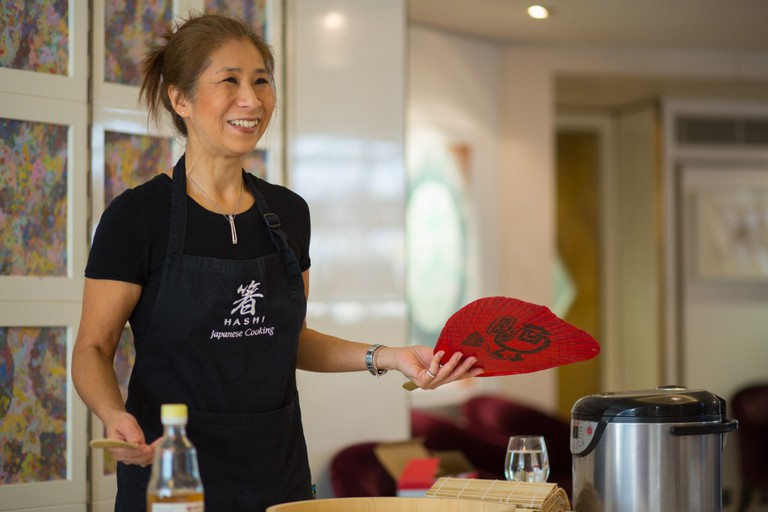 Reiko Hashimoto | © Alex Mac-Praed
Whether you’re a cooking novice or a full-blown head chef, Hashi Kitchen has every course available for you. Founder Reiko Hashimoto began catering for Japanese dinner parties, but when she was hounded by customers to teach them how to cook like her she decided to set up her own culinary school. This endearing chef will guide you through your culinary courses, whether you choose to kick off your novice title with the Beginner Course and learn the foundation of Japanese cooking, or you try out the Home Cooking Course; discovering what food is eaten at home in Japan, no matter what skill level you are. If you want to test yourself even more she offers you a Gourmet Course of sophisticated dishes and luxurious ingredients for dinner parties, or a Professional Course featuring extravagant and authentic Japanese ingredients. 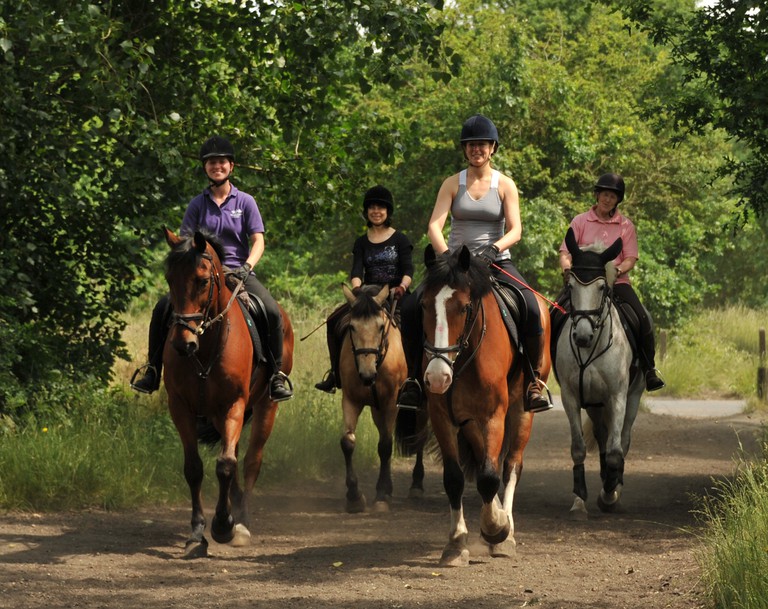 Hack through the countryside | Courtesy of Wimbledon Village Stables
This multi-award winning riding school will allow you to escape the towering office blocks of London for a journey through the exquisite countryside. It seems an odd notion to go on a hack in the middle of London but Wimbledon Village Stables has found its way around this, tucking the stables away with easy access to the countryside. An adult-only stable, the horses are available to ride, are well-schooled and are instructed by experts that offer you miles of riding for all abilities. Whether you’re keen for a group session or want a more one-to-one approach with a private lesson, what better way to spend those London days? You can also tone up at the stables with the new Equicise, a fun way to send your time in Wimbledon using an interactive equine simulator. WVS provides more events and activities besides riding, including lecture demonstrations, guest speakers, horse dressage competitions, Charity Balls and BBQs, everything a horsey-fanatic could dream of. 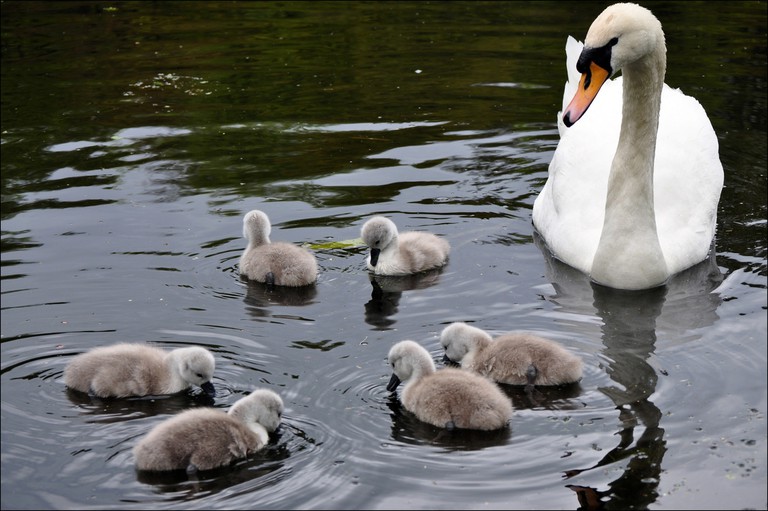 Swan and six cygnets on Queensmere pond in the Commons | © George Rex / Flickr
We couldn’t have a list about Wimbledon sites and activities without including Wimbledon Common. The place we all know to be home to The Wombles, the children’s BBC show, is a beauty to visit on sunny days. Stretching an enormous 460 hectares, the grounds not only include the Common, but Putney Heath and Putney Lower Common further connecting up with Richmond Park if you fancy a long walk. The perfect place to take a picnic and keep an eye out for some Wombles, it has the Wimbledon Windmill in the centre and even the remains of an Iron Age hill fort. Known as Caesar’s Camp it is believed to have been a working fort in 6th to 4th century BC, this little touch of history in Wimbledon reminds us how far the city of London has come.

Still looking for somewhere to stay in Wimbledon? Book one of the best hotels near to the legendary tennis club now through Culture Trip and enjoy that ‘close to centre court’ feeling.