The Top 10 Free Things to Do in London 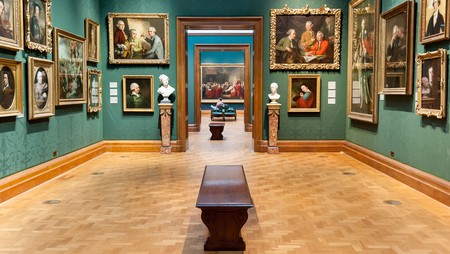 Though London is one of the most expensive cities in the world, there is plenty to do in the capital that won’t cost you a penny.

In fact, London is home to a multitude of free activities to keep even the most discerning traveller entertained. Whether it’s catching a free gig, viewing world-class art or attending a fascinating lecture, you’ll be spoiled for choice as you give your wallet a rest. Here are our top 10 suggestions of free things to do in London.

You don’t have to spend exorbitant amounts of money to catch a live performance in London. The Scoop Theatre in Southwark is an innovative stone amphitheatre that hosts a great programme of free entertainment during the summer months, including film and sport screenings, live music, theatre and community events. The Bedford, Balham, is a great spot to catch free live music most nights of the week (Ed Sheeran got his start there), as is Borough’s Gladstone Arms, which hosts free gigs in its downstairs bar three nights a week. If classical musical is more your jam, free opera performances take place in the sunken courtyard outside Covent Garden’s Crusting Pipe, and the city’s churches are always a fantastic place to catch free classical, chamber or choral music. 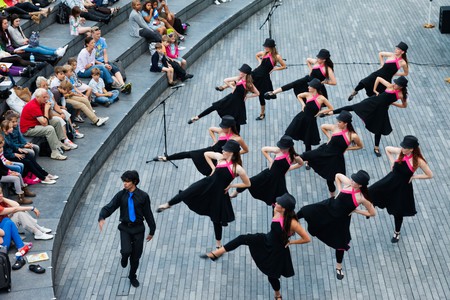 Get up close with the animal kingdom

You don’t have to splurge on zoo tickets to spend time amongst wildlife in London. Picturesque Richmond Park is known for its resident deer population. The nature reserve is home to 630 red and fallow deer who have roamed freely here since 1529. London also boasts fantastic wetland areas for birdwatching, many of which are open to the public for free. Camley Street Natural Park and the Greenwich Peninsula Ecology Park are two of the city’s best free nature reserves. 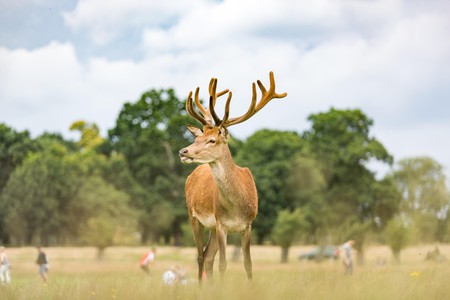 From world-renowned institutions to much smaller cultural spaces, London’s museums are among the jewels in the city’s cultural crown. South Kensington has some of the best and there are few neighbourhoods better suited to a free day out, thanks to the Science Museum, Natural History Museum and the V&A, all of which charge no entry fee. Scattered around the city, the Imperial War Museum, British Museum and National Maritime Museum are other free haunts. Alternatively, you can steer clear of the more major institutions and opt for the Geffrye Museum, William Morris Gallery, Museum of London or the eclectic Wellcome Collection. 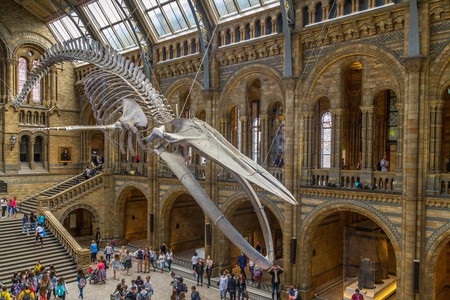 Stroll around a gallery

Equally as renowned are London’s art galleries, which are among the most visited in the world. Leading the pack is the National Gallery, home to over 2,300 paintings from the mid-13th century to the 1900s, and since they belong to the British public, entry is free. Just around the back is the National Portrait Gallery, home to an impressive collection of famous faces from throughout British history. The Tate Britain and Tate Modern both offer fantastic free days out. And as with the museums, there are number of great, lesser-known options: the Guildhall Art Gallery, Serpentine Gallery, Whitechapel Gallery, Wallace Collection and South London Gallery are all free. 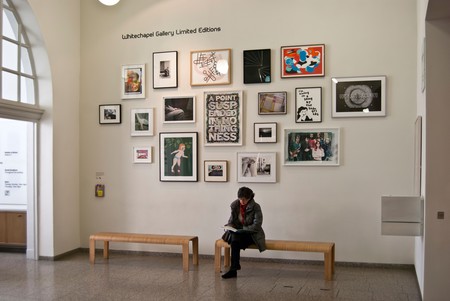 As with any city, one of the best ways to get a feel for London is by walking. The Jubilee Walkway, for example, takes in some of the city’s best sites, including Parliament Square, Buckingham Palace, the British Library, Barbican Centre, Shakespeare’s Globe and the Royal Opera House, and can be broken down into more leisurely strolls for less keen trekkers. The Thames Path is over 296 kilometres (184 miles) long, and follows the river from its source in the Cotswolds, but the most popular section, which traverses London from Richmond to the Thames Barrier, is about 45 kilometres (28 miles) long. 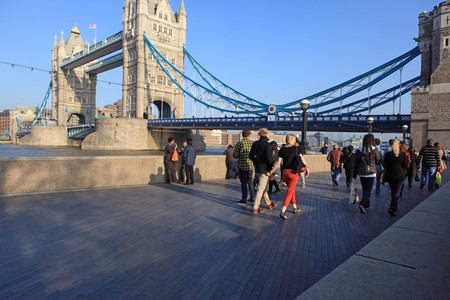 This is perhaps a macabre way to spend a day, but it is also surprisingly serene. London boasts some truly beautiful cemeteries, filled with impressive sculptures and tombs and home to the graves and memorials of some famous names. Some of the most well-known make up the Magnificent Seven, a series of large, private cemeteries constructed in the Victorian era. None are so well known as Highgate Cemetery, home to Karl Marx’s tomb, which charges an admission fee. Brompton, Nunhead, Kensal Green and Tower Hamlets cemeteries, however, are free, as is the Golders Green Crematorium, resting place to the likes of Marc Bolan, Enid Blyton, Sigmund Freud, Doris Lessing, Bram Stoker and Keith Moon. 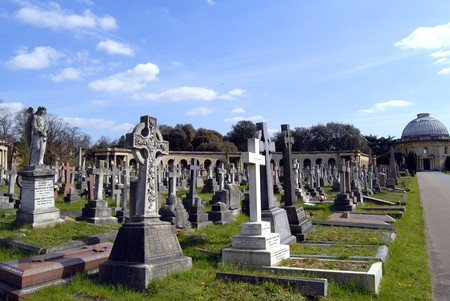 Education tends to come at a premium these days, but Londoners (and those visiting the city) are blessed with many forward-thinking organisations that present educational talks for free. The British Academy, the UK’s national body for the humanities and social sciences, has been running a series of public lectures for over 100 years. The lectures cover politics, law, art, literature, history, science and more. The Gresham College in Holborn was founded upon the principle of accessible, free education for all and has been hosting cutting-edge lectures for over 400 years. Other institutions in London offering free lunchtime or evening lectures include the National Gallery, Royal Society of Arts and LSE. 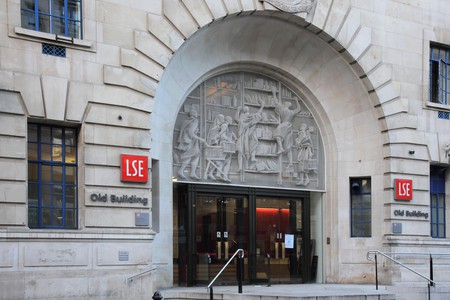 Spend a day at one of the city’s cultural centres

London has several world-class cultural centres that are free to the public. The Royal Festival Hall on the Southbank operates an ‘open foyer’ policy, with the public free to roam around the building seven days a week. Likewise the Barbican, Europe’s largest multi-arts space, offers ongoing free exhibitions in its foyers, free historical tours of the building, a tropical conservatory and public libraries that host regular free events and even house practice pianos. The BFI Mediatheque offers visitors the chance to browse the entire National Film Archive for free, while the British Library offers a multitude of free exhibitions and displays. 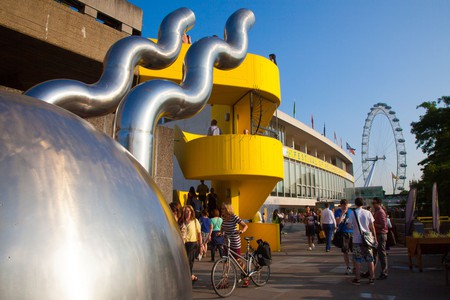 Learn about another religion

BAPS Shri Swaminarayan Mandir (otherwise known as the Neasden Temple) is a beautiful Hindu temple in North London, considered the first authentic example in the UK. The stunning, substantially sized site is free to enter and explore, and visitors can learn about the Hindu religion, watch religious rituals in action, admire the building’s intricate design and take a stroll in its tranquil gardens, all at no cost. The London Buddhist Centre in Bethnal Green offers Buddhism, meditation and yoga classes, most of which are on a donation basis. 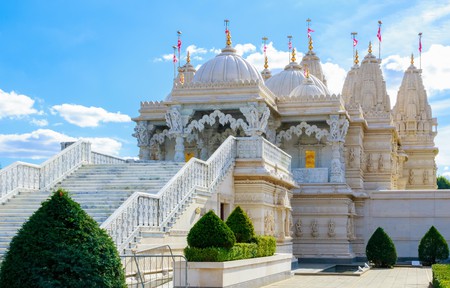 There are few courts in the world as iconic as the Old Bailey. Some of the nation’s most prolific criminals have been sentenced in the various courts in this building, under the watchful eyes of London citizens, who are able to view the proceedings from the public galleries. 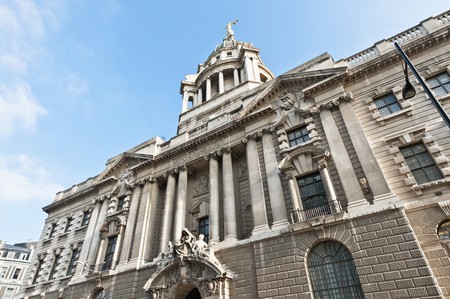