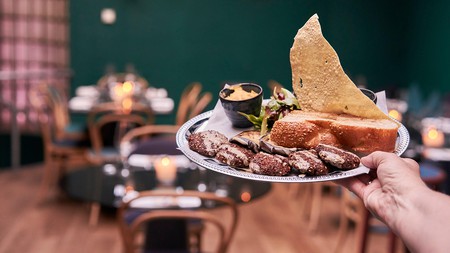 Travellers are now more mindful than ever when it comes to sustainable food and animal welfare, and some cities have become quite the “green” pioneers. Vegetarian and vegan restaurants have been appearing all over Europe over the last few years, offering a wide range of plant-based dishes that are just as tasty – or sometimes tastier – than their meaty counterparts. Read on and discover the best European cities for enjoying plant-based cooking. 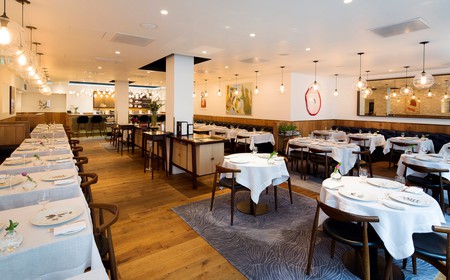 With so many venues and cuisines to choose from, it’s no surprise that London is high on the list of cities that offer a variety of meat-free restaurants and vegan-friendly cafes. You’ll also find a number of vegetarian dishes on the menus of non-veggie eateries. Enjoy vegan fried “chicken” and veggie desserts in the UK capital, usually served in Instagrammable, eco-friendly spaces around East London, such as Temple of Seitan in Hackney. If you’re into fine dining, there are several options, too, including Michelin-starred Pollen Street Social. 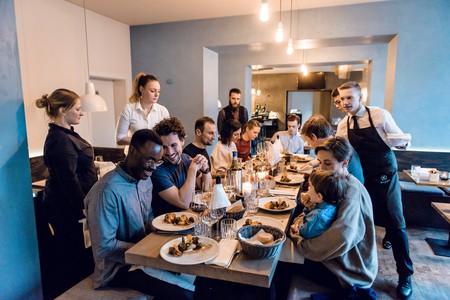 Select 3 to 7 courses from the tasting menu at Kopps | © Stefan Hoederath / Courtesy of Kopps, Berlin

Often dubbed the “vegan capital of Europe”, Berlin knows how to do cruelty-free food right. Vegan eateries and grocery stores, zero-waste restaurants, and even vegan festivals, guarantee you’ll have the time of your life here if you love all things green. From gourmet veggie brunches (best served at Kopps) to vegan “meat” kebabs (Vöner’s being the most popular), you’ll be sure to get your plant-based fix in the German capital. Veganes Sommerfest is where you’ll find some of the most colourful food stalls in the world, serving delicious vegetarian and vegan treats. 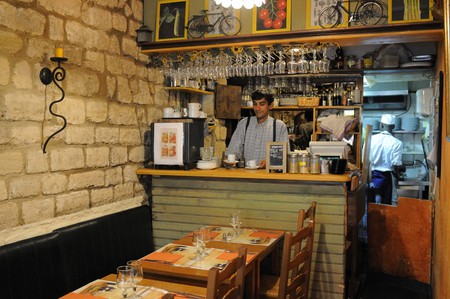 Paris is not the first city that pops to mind when it comes to eating green. At first glance, with all the cheese and butter on offer, it might seem incredibly difficult to adopt a veg-centric lifestyle here. Yet there are more than 50 vegan restaurants in the French capital, some specializing in fine dining and others focusing more on street food. Vegan burger places are quite a thing here, while you’ll find vegetarian pastries in patisseries around town, as well as vegan brasseries, such as the Le Potager du Marais, which serves vegan versions of classic French dishes. Vegan city tours are also available. 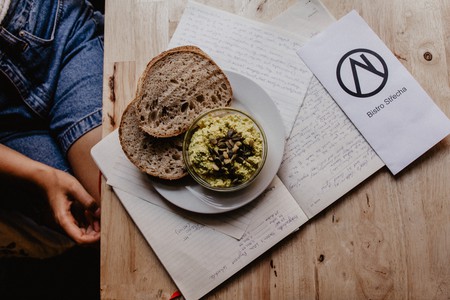 Who knew that Prague, with all of its mind-blowing history and centuries-old culture, would be so forward-thinking when it comes to plant-based food? Even though meat is still a big part of the capital, the city has more than embraced the vegetarian and vegan lifestyles lately. Visit Moment for vegan Czech food, and trendy Forrest Bistro for vegan cakes and desserts, or pass by the Old Town for vegan fast food (anything from “vurgers” and “hot dogs” to juicy vegan “steaks”). Don’t miss Střecha, a vegan bistro/cafe that employs the previously homeless or incarcerated. 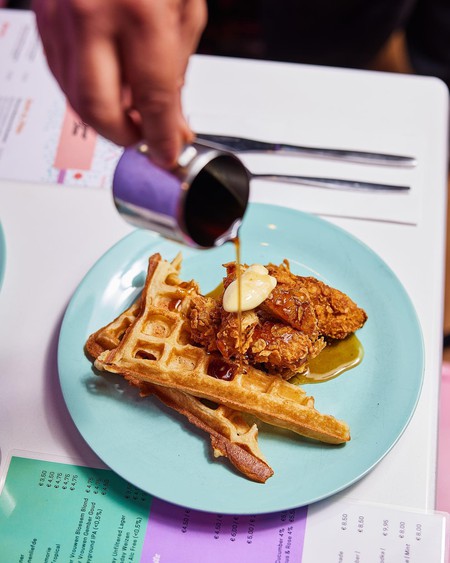 The ever-hip Dutch capital is veggie and vegan heaven, filled with cafes, restaurants and street food joints that have a plant-based philosophy. That wasn’t the case until a couple of years ago, however, when Amsterdam’s vegan venues suddenly tripled. There are so many great options to choose from now, that you’ll be spoiled for choice. Try luscious vegan cakes at Koffie ende Koeck, or loaded fries and burgers at the Vegan Junk Food Bar. You’ll even have the chance to taste vegan versions of classic Caribbean and Japanese dishes at the TerraZen Centre. For vegan cakes and fast food galore, head to Deer Mama. 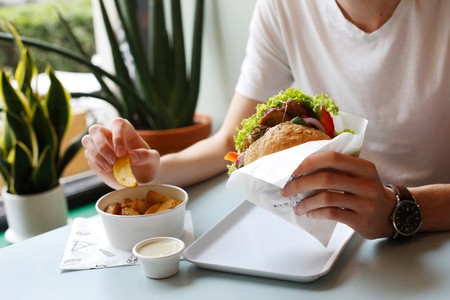 The Polish capital has one of the most diverse vegan food scenes in Europe. Expect to find all types of vegan alternatives here, from “schnitzel” and sushi, to croissants and liquid-nitrogen ice cream. These are served in all kinds of fun places, too – think fancy restaurants, cute bistros and hot dog trucks. Go to Chwast Food for traditional Polish food with a vegan twist, and to Krowarzywa for vegan burgers. What’s even greater is that Warsaw boasts much lower prices than other, more touristy Western European cities, which will make your plant-based journey not only enjoyable, but also affordable.

In recent years, Budapest has been leading the way when it comes to animal welfare and green initiatives, which also explains why the city has so many meat-free places to eat; from veggie burger joints and restaurants to artisanal vegan cheese shops, the Budapest plant-based scene does not disappoint. For vegan Hungarian cooking, book a table at Napfényes Restaurant – probably the most popular vegan place in town – and for the ultimate vegan burgers, pop by VeganLove. The city is also home to a monthly vegan pop-up market, which sells anything from hummus to vegan yogurt and cosmetics. 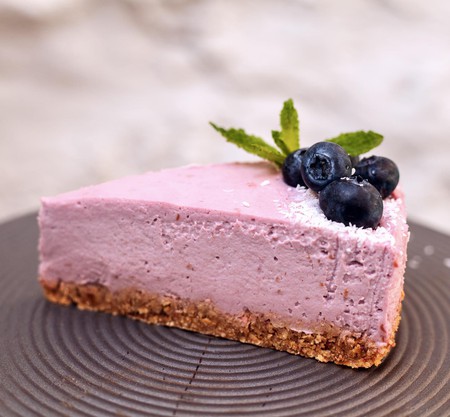 Until recently, Edinburgh was considered the UK’s most vegan-friendly city, and it’s easy to see why. From sweet delights to savoury bites, the city takes pride in its endless supply of meat-free goods, which you’ll find in a growing number of restaurants specializing in vegan fare. Among others, Considerit serves some of the best vegan doughnuts in the country, while Holy Cow boasts the richest, rainbow-coloured cheesecake – this is also the place to go to for vegan afternoon tea. Don’t miss Harmonium and its vegan stone-baked pizzas, paired with organic wine.

Sweden’s second-largest city is all about responsibility and eco-awareness, not only in terms of its cuisine but also its stores. Many clothing shops here (such as THRIVE) are eco-conscious, and you can even get a cruelty-free haircut at one of the vegan hair salons – EcoLinné is a must. When it comes to vegan food, Gothenburg goes all out. Restaurants, cafes and bars, all have vegan options on the menu, while there are several entirely green places to choose from, like welcoming Blackbird. To stock up on healthy snacks, make sure to visit the Happy Vegan store. 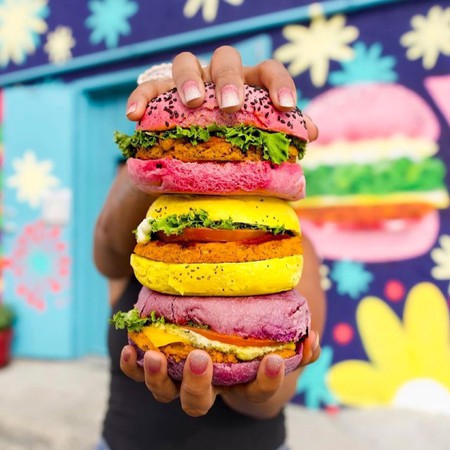 You’ll hardly find a European city that’s more vegan-friendly than Turin. Although the list of vegetarian and vegan restaurants here is not as extensive as in other cities, Turin is famous for its pro-vegan initiatives. Back in 2016, mayor Chiara Appendino announced plans to make Turin a vegetarian city; these included increasing education on animal welfare and learning more about the health benefits associated with eating vegan, as well as a weekly meat-free day. As part of the initiative, the city also created its own veggie map for tourists. As far as eateries go, try Flower Burger – if only for its black charcoal bun – and Ratatouille, for its vegan Turin-style pizza.